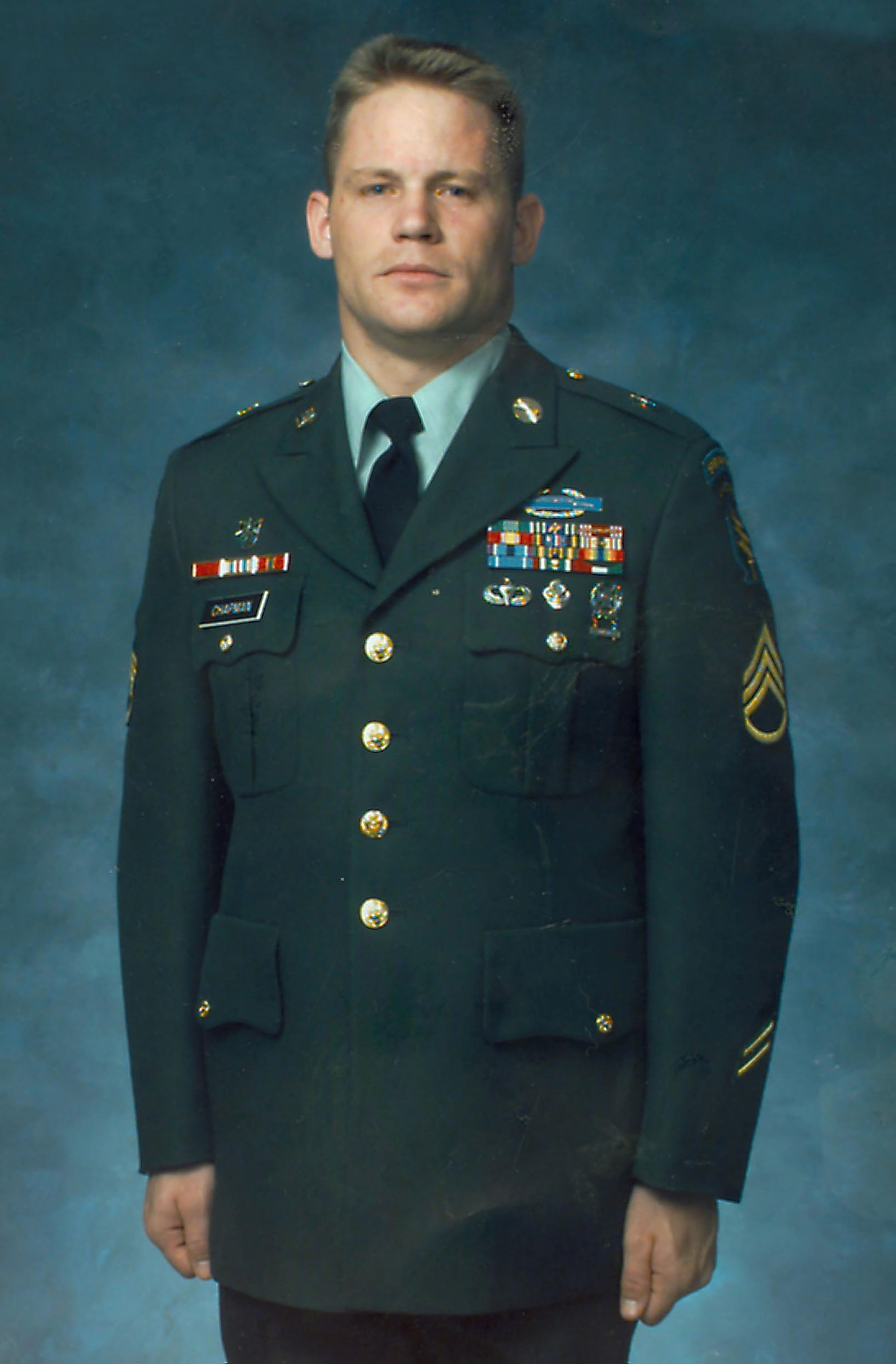 (CBS News) Renae Chapman, the wife of the first American servicemember to be killed in the Afghanistan War, said the ten years since his death has been "really tough."

Chapman said she wishes "she could say it gets better, but it doesn't."

Her husband, Sergeant First Class Nathan Ross Chapman was a member of the special forces and was killed in Afghanistan less than three months after the official start of the war. His death is remembered as the 2000th American servicemember was killed Wednesday in the war that has been America's longest, lasting more than ten years.

Chapman began to cry as she recounted her late husband, with whom she has two children now aged 12 and 13.

"The hardest part is losing how funny he was. That's really the biggest part," Chapman said through tears.

Nearly as long as Chapman, who attended President George W. Bush's State of the Union speech as a guest of First Lady Laura Bush in 2002, has been reeling from the loss of her husband, she has been facing another battle: the Department of Veterans Affairs (VA).

"Military benefits are a battle. It's an ongoing war," Chapman said. The military wife said the VA benefits are "really bad" and that the VA is disorganized, difficult to maneuver and looking for an excuse not to pay benefits.

"They refuse to pay for the benefits you were promised. You have to get an attorney for everything," Chapman, who has faced debilitating medical issues since her husband's death. "They clerical error you to death. They paperwork you to death."

For instance, Chapman said she didn't receive owed payments for dental work because the VA "insisted" that Nathan died a year earlier than he did, which would mean that some of her benefits would have expired.

(Watch CBS News' David Martin's piece at left on Marine Lance Corporal Nicholas Kirven who was killed in combat in May 2005.)

She also said she was denied medical benefits because the VA thought she had outside primary health insurance, which she says she did not.

Since injured and deceased servicemembers began returning home from the wars in Iraq and Afghanistan, members of the military have faced challenges facing the Veterans Affairs Department. For example, the VA has a backlog of 900,000 disability claims and a high error rate on claims.

Most recently, Chapman said the VA has been withholding her benefits for the past 11 months until she submits paperwork proving she is not remarried. She said she has faxed them and mailed the necessary documents many times without a successful outcome from the VA. She said she has called numerous times but hasn't had any luck that way either. "Sometime their wait time is so long they won't allow you to wait," Champan said.

Dealing with the VA is "a full time job," she said.

CBS News reached out to the VA and they did not directly respond to Chapman's criticisms. However, a department spokesman did tell CBS News that the VA would look into her case.

Meanwhile, the suicide rate of returning servicemembers continues to rise to an average of one person per day. Veterans and military members are also more likely to face homelessness and unemployment.

Reflecting on the number of U.S. servicemembers who have died and the thousands more who are returning home with mental, physical or emotional injury, Chapman said she feels for them.

"They're going to come back hurt, emotionally and spiritually and they're not going to get the help they need," Chapman said.