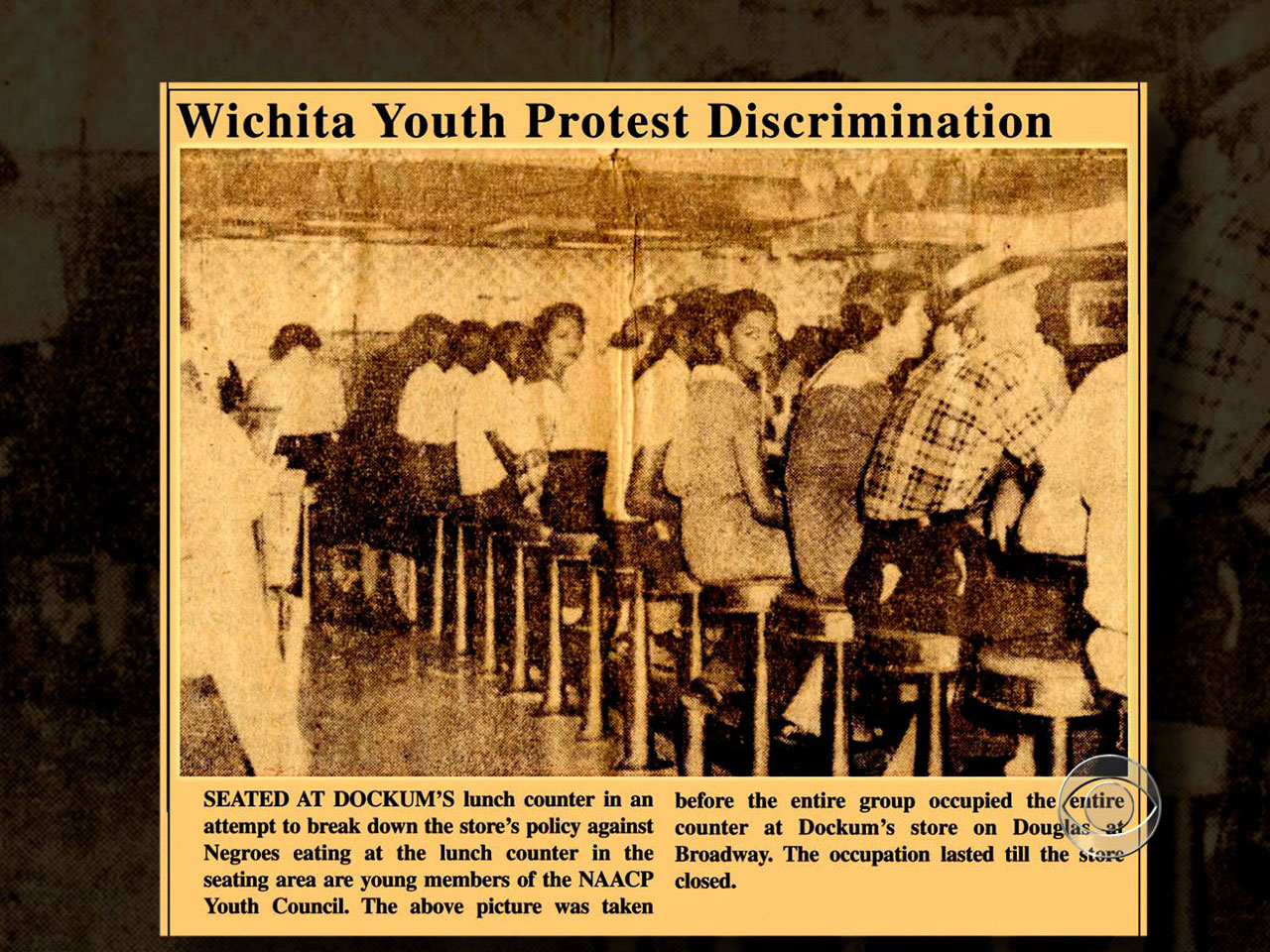 Monday was a national holiday honoring Dr. Martin Luther King Jr. and his legacy of freedom and justice.

At the King memorial in Washington, visitors paid their respects and a wreath was laid in a quiet ceremony. President and Mrs. Obama, with daughter Malia, marked the day with community service at a D.C. school.

While Dr. King led the climb to the civil rights mountaintop, the first steps were taken by others, reports CBS News correspondent Jim Axelrod. Some of those pioneers include those who joined a little-known but historic sit-in, not in the Deep South, but in the Kansas heartland.

If the art in downtown Wichita is designed to salute a certain pioneering spirit, then look no further than one bronze soda fountain.

One July day, 54 years ago, Carol Parks Hahn led a group of 30 students from the local NAACP into Dockum's Drug Store in downtown Wichita, where they could get food to go, but not eat at the counter.

"I ordered a coke and then she came back she notices others were coming in and they sat down and she looked at me she leaned forward and said 'You're not colored are you dear?' And I said 'Yes I am,'" Hahn says.

Galyn Vesey was there with Parks Hahan, 21 at the time, and haunted by the violence that marked the civil rights struggle. Vesey says the historical importance of that moment was hard for them to grasp.

"I don't think at the moment we had the time to capture that because looming not far away was the Montgomery bus boycott, Little Rock," said Vesey, adding that they were more concerned for their safety that day.

Every day, they took 2- to 3-hour shifts. There was no violence, but the white customers took their business elsewhere. Finally, after 3 weeks, the Dockums desegregated the counters at all 9 of their stores.

This was 18 months before four students sat down at the Woolworth's in Greensboro, North Carolina, but it's that counter that's in the Smithsonian.

Participants say the story of what happened in Wichita is important to tell not just to set the record straight, but that it challenges an assumption about racism in this country too, namely that it was limited to the South.

There was segregation in Kansas -- and a lot of other places -- until these students came along.

"We wanted to be able to go in and have a hamburger and a Coke. We couldn't do that. It sounds simple doesn't it, hahan says."

Sometimes simple ideas are the most powerful -- like standing up by sitting in.

The story about the Dockums sit-in was not very known because most of the news about segregation took place in the South. But Gretchen Eick, a history professor at Friends University in Wichita, had heard about it and decided to do her dissertation on it. She wrote the book "Dissent in Wichita," which talks about the black struggle in the Midwestern heartland. Many of the Dockums participants credit Eick with bringing more attention to this little known story in the history of the civil rights movement.