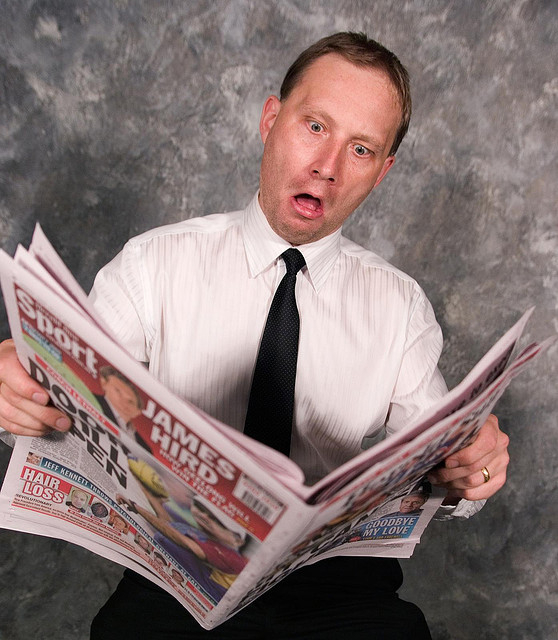 The biggest lesson I've learned in 20 years of consulting is that leaders need to know what others are saying about them, or risk losing their job.

It happens to people every day. Walter Isaacson's biography of Steve Jobs reveals that the Apple co-founder lost out to John Scully mostly because of his reputation. He was widely regarded as a bully who was emotionally unstable. He was both disappointed and surprised when the board sided with John Scully.

A friend of mine was shocked when a reorganization at her company left her without a position. She thought she was respected for her ability to get results and stay within budget. She didn't know that the executives thought she was a "blow hard," self-promoter and credit thief.

A former student, now an executive in a large biotechnology firm, was stunned when the head of human resources called because his staff complained about his temper. Although he wasn't let go, it soon became clear he had reached as high as he would ever go in that company.

In all of these cases, an early reputation audit would have given the people what they needed to take corrective action. Here are the steps:

-- Make a list of people whose opinion of you matters -- from your ability to do your job, to your chances for advancement, and to your standing in the industry.
-- Schedule time with each person, saying you want to discuss something personal and important. Don't make the process a big deal. For those who want to know exactly what you're doing, you might send them the link to this blog post.
-- In each meeting, say you value the person's opinion and want to ask a question: "What's my reputation?" Make it clear you don't want to know who is saying what, and you're not asking what this person thinks. Rather, you're asking what the word on the street is about you.
-- Most people will start off positively. Try not to smile or show relief. Most people will also bring up a few negative points. Try not to seem disappointed or frustrated. Just take notes on what you hear, and say "Thank you." Don't agree or disagree with what you hear, offer a defense or an explanation. You're here to get information, and express gratitude for receiving it.
-- Be prepared for the person to ask you the same question about themselves. Have an answer ready, but don't volunteer it if the person doesn't ask.
-- At the end of the meeting, ask if you can come back with follow-up questions.
-- Repeat for the other people on your list.

Along the way, look up the Facebook and Twitter accounts of your employees. Don't be surprised if one of them wrote something like: "My boss is an a*****e today."

After your meetings and Internet search, pour a cup of coffee or a stiff drink (joking, kind of) and see what it says. Review all your notes, and identify:

-- The overwhelming positive. In most cases, this information isn't a surprise, but how strongly it matters might startle you. Examples include: "I really like working with you... you're kind, and ask how people are and seem sincere," "I can always count on you to say yes to a special project," "You're a hard worker, and resourceful--you can always find a way out of bad spot."

-- The "big but." There's an aspect of working with you that annoys people. What is it? They like working with you, but you over-commit. Or you don't deliver on time. Or you often come across as angry.

-- Come up with 2-3 actions to build on positive and minimize the negative.
If what you hear is simple -- people like you, you work hard, but you are too busy -- you're done. Work on implementing the actions and in 90 days, think about going back and seeing if people have noticed your efforts, and what else you can do.

If it's more complicated, or the there were a lot of negatives, then go back to the people you interviewed, review your findings and your action plan, and ask for advice.

One suggestion: Don't be a weirdo. This is an important process, but not an overly serious one. If you approach it like something is terribly wrong, or this your self development idea of the day, it may harm the reputation you're trying to assess. When cool people do a reputation audit, it helps their reputation. So be cool about it.

If you do a reputation audit, there's a side benefit: You'll likely inspire others to do the same. In this way, you're strangling out gossip, because, if you know about it, people won't talk as much behind your back.

My boss says I smell bad