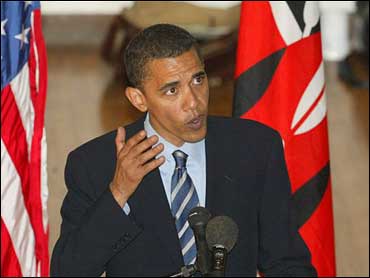 This column was written by Peter Beinart.

In 1994, two sociologists went to Red Hook, Brooklyn, to solve a mystery. Red Hook abutted the East River, and along the waterfront sat shipping companies and warehouses — all in need of low-skilled labor. Next door sat a housing project teeming with exactly that. But the locals — primarily African Americans — didn't get hired. Instead, the jobs went to workers from outside the neighborhood, often Caribbean immigrants. Employers, wrote The New Yorker's Malcolm Gladwell in summarizing the sociologists' findings, "had developed an elaborate mechanism for distinguishing between those who they felt were 'good' blacks and those they felt were 'bad' blacks." Were the employers racist? Yes and no. They clearly held anti-black stereotypes. And they discriminated against those who conformed to them, even by association. But they discriminated in favor of blacks who defied those stereotypes. A man named Bruce Llewellyn described the phenomenon this way: "White people love to believe they're fair."

As it happens, Llewellyn wasn't talking about Red Hook. He was talking about his cousin, Colin Powell — whose prospective presidential bid enjoyed mass white support roughly a decade ago. Like the employers in Red Hook, whites discriminated in Powell's favor because he challenged their negative stereotypes of blacks. First, he had succeeded in a respected white institution: the military. Second, he was the child of immigrants, a man whose family history highlighted America's opportunities, not its racism. Third, he wasn't ideologically radical. And, fourth, he didn't look or sound stereotypically black. No one was blunter about this than Powell himself. Asked in 1995 to explain his appeal to whites, he volunteered that "I speak reasonably well, like a white person," and, visually, "I ain't that black."

Barack Obama would never put it that way. But he surely understands the uncomfortable subtext behind the adoration being showered upon him by white America. Obama, too, succeeded at a prestigious white institution: Harvard Law School. He, too, is a child of immigration, able to declare in his 2004 Democratic convention speech — in words that could have come from Michael Dukakis or Joe Lieberman (but not from a descendant of slaves, without heavy irony) — that "in no other country on Earth is my story even possible." And he, too, doesn't sound or look too black. Fifteen years ago, a State University of New York political scientist named Nayda Terkildsen doctored photos of a fictitious gubernatorial candidate to make him lighter- or darker-skinned and then showed them to Kentucky focus groups. "The dark-skinned black candidate," she noted, "was evaluated much more harshly than his lighter skinned peer." Powell knew what he was talking about.

In U.S. politics, as in Red Hook, there are no "good" blacks without "bad" blacks. In the mid-'90s, reporters frequently compared Powell with Jesse Jackson: a man who fit all the stereotypes he defied. Today, it probably helps Obama that Al Sharpton, with his 2004 presidential run, became the "president of black America." For many white Americans, it's a twofer. Elect Obama, and you not only dethrone George W. Bush, you dethrone Sharpton, too.

But being the "good" black is tricky. The more whites love you, the more you must reassure your own community that you are still one of them. And the more you do that, the more you jeopardize your white support. In 2002, when the highly articulate, light-skinned, Yale-educated Cory Booker ran for mayor of Newark, New Jersey — becoming a darling of the white press — incumbent Sharpe James used that support against him, tarring him as inauthentically black. Last fall, when the well-spoken, light-skinned, St. Albans-educated Harold Ford Jr. ran for Senate in Tennessee, his family's political prominence in the Memphis black community made such accusations impossible. But it was those very connections — to a family viewed negatively by many whites — that may have cost him the race.

For Obama, walking the tightrope is a little easier. Unlike Booker, Obama's African American wife, his connection to the black church, and his work as a community organizer give him racial credibility. But, unlike Ford, he has no obvious ties to Jackson/Sharpton style "bad" blacks. And, compared with Powell, he benefits enormously from changes in the political climate. The first big change is the collapse of crime as a political issue. In the 1980s and early '90s, Democrats had to adopt ultra-hard line stances on crime to reassure anxious white voters. And blacks had to go even further. Had Obama run for president in 1992, he would have had do to something akin to Bill Clinton's infamous execution of mentally retarded murderer Ricky Ray Rector — which would have hurt him with blacks. Today, by contrast, he can largely oppose the death penalty with hardly anyone seeming to mind.

The second big change is welfare reform, which has significantly de-racialized the debate over taxing and spending. Because of welfare reform, the percentage of whites saying "poor people have become too dependent on government assistance" has dropped markedly. That's good news for all Democrats, but especially for Obama, who would be particularly vulnerable to suspicions that he was trying to redistribute money from whites to blacks.

But Obama doesn't merely benefit from the decline of racially saturated issues like welfare and crime. He also benefits from the fact that, as racial polarization has declined, religious polarization has increased. When the culture war was primarily about race, black candidates were inherently divisive (and when they tried to reach out, they risked seeming insufficiently black). Today, however, it is white liberals who seem divisive, because they are perceived as secular. Black liberals, by contrast, are considered authentically devout, and, thus, bridge-builders. In the '80s, it would have been virtually impossible for a black candidate with substantial black support to credibly promise to span America's cultural divide. Today, it is at the heart of Obama's appeal.

Does this mean that U.S. politics have transcended race? Not at all. In a presidential campaign, as in Red Hook, blacks must still defy white stereotypes to succeed. What has changed is that defying those stereotypes doesn't require moving as far to the right. That's hardly utopia, but it's progress. And, for Obama in 2008, it may be enough.
By Peter Beinart
If you like this article, go to www.tnr.com, which breaks down today's top stories and offers nearly 100 years of news, opinion, and analysis