Silicon Valley can't do anything without stepping in it these days.

Nowhere is that more visible than Washington, where politicians of every stripe have found a reason to complain about the tech industry. The left says tech companies have created virtual safe spaces for hate speech and harassment. The right says they're doing just the opposite, censoring conservative voices by arbitrarily enforcing vague terms of service.

It isn't just political tub-thumpers that are railing against tech. The intelligence community says websites such as Facebook, Twitter and Google's YouTube have become launchpads of choice for Russian election interference. Law enforcement agencies say the encryption technology protecting the data in our apps and phones stifles their investigations.

Already, Facebook CEO Mark Zuckerberg was grilled by senators and representatives in April after his social network was embroiled in a data privacy scandal surrounding Cambridge Analytica, a consultancy.

Next week, Facebook COO Sheryl Sandberg, Twitter CEO Jack Dorsey and an as yet unnamed executive from Google will make the trip to D.C. to testify before the Senate Select Intelligence Committee and House Energy and Commerce Committee on interference in our elections, though they're likely to discuss censorship and data privacy as well.

Here's everything you need to know before the sessions, which are scheduled to take place Sept. 5.

What do the Russians have to do with social networks?

The lesson of the 2016 presidential election: Social networks can be used to sow discord and interfere in elections. Of course, people outside the U.S. have known this for years. But Russian interference in the U.S. was particularly effective and thrust the practice into the headlines.

In May, the U.S. House of Representatives Permanent Select Committee on Intelligence said Russian operatives spent about $100,000 on ads on Facebook to spread fake propaganda stories, in addition to the free posts that reached more than 126 million Americans alone. Researchers have also discovered fake Instagram and Twitter accounts controlled by Russian propagandists.

Since then, Facebook and Twitter have tightened the way political ads work. They've established public databases of political ads that run on their respective sites. They're enforcing stricter controls on who can buy political ads.

That hasn't stopped trolls from trying to interfere in the Nov. 6 U.S. midterm elections. Facebook, Google and Twitter have identified and disrupted more than 650 accounts linked to influence efforts from Russia and Iran.

What's the deal with all this fake news?

In early August, Apple, Facebook, YouTube and others simultaneously shut down accounts owned by Alex Jones, the conspiracy theorist behind the Infowars website. Among his discredited claims: 9/11 was an inside job, the Sandy Hook Elementary School shooting was fake, and the survivors of the Parkland, Florida, high school shooting were actors.

The companies, however, didn't explain why they had suddenly banned Jones or if they'd made the decision together. That prompted his supporters to label it censorship.

It should be noted that Twitter didn't ban Jones along with the rest of Silicon Valley.  A week later, however, Twitter suspended Jones for a week after he told his audience to "have their battle rifles" ready against the mainstream media.

So is Silicon Valley just pushing a liberal agenda?

Some lawmakers think so.

For the past few years, politicians and conservative bloggers have accused tech companies of targeting prominent right-wing activists and bloggers in an effort to reduce their reach on these services.

Reddit, a news-oriented social network, has shut down communities, including the conspiracy group r/pizzagate, which spread the false rumor that some Democratic lawmakers and former presidential nominee Hillary Clinton were involved in a child sex trafficking ring run out of a D.C.-area pizza shop.

Some conservative pundits also claim tech companies are "shadow banning" them, a practice in which companies prevent a user's posts from being seen by the website's wider community. President Donald Trump has said the practice needs to stop.

"Twitter 'SHADOW BANNING' prominent Republicans. Not good," the president tweeted. "We will look into this discriminatory and illegal practice at once! Many complaints."

Why doesn't the tech industry just follow the First Amendment?

These tech giants don't have to because it doesn't apply to their platforms. Why? Because the First Amendment specifies the government can't prohibit free speech. That's not the same as private entities doing so. (You can read the First Amendment here.)

No surprise, Zuckerberg disagrees. In testimony on Capitol Hill in April, he argued that his efforts to police extremism and terrorism on Facebook wouldn't be possible if he had First Amendment-like free speech rules.

"I think that we can all agree that certain content like terrorist propaganda should have no place on our network," he said at the time. "I just don't think that it is the kind of thing that we want to allow to spread on the internet."

How do bots play into this?

The tech industry is also grappling with bots, computer programs that post on social media. The problem has taken on a wider importance because bots have been created to give the perception they're real people participating in online debates about, for instance, the national anthem or vaccinations.

To counter both propagandists and bots, Twitter has been "verifying" accounts held by lawmakers and candidates for office to ensure people know they're real. But even that isn't guaranteed, since Twitter accounts are regularly hacked.

And what was that Cambridge Analytica thing?

Cambridge Analytica is a data consultancy that worked for Trump's 2016 campaign. The firm bought information on as many as 87 million Facebook users. The scandal was made public in a series of stories published by The New York Times and The Guardian's Observer newspaper in March 2018.

The situation snowballed into one of the largest privacy scandals Facebook has faced. It prompted the #DeleteFacebook hashtag on Twitter, and prompted lawmakers to call Facebook CEO Mark Zuckerberg to Capitol Hill and the EU for hearings. It also prompted calls for more regulation.

What are lawmakers doing about all this?

In the EU, a privacy law went into effect on May 25. The General Data Protection Regulation, or GDPR, was written before the Cambridge Analytica scandal broke, but it addresses similar concerns and requires companies to be more transparent with how they use our data. It also requires them to explicitly ask our permission before sharing it with other firms.

The U.S. hasn't enacted any sweeping legislation to deal with privacy or election interference. Lawmakers are considering legislation called The Honest Ads Act that would require internet companies to follow the same transparency rules for political ads that already exist for TV and radio, such as saying who paid for the ads. So far, Facebook and Twitter have voiced support and say they've largely enacted the bill's rules already. 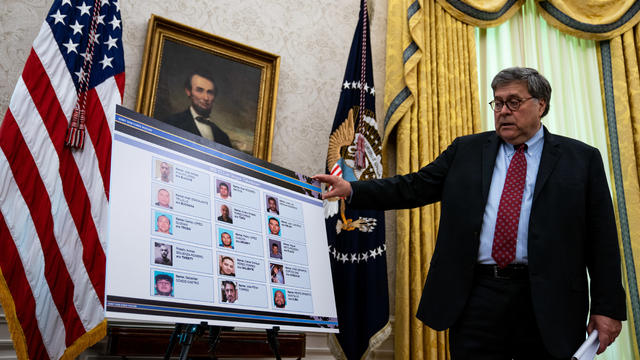 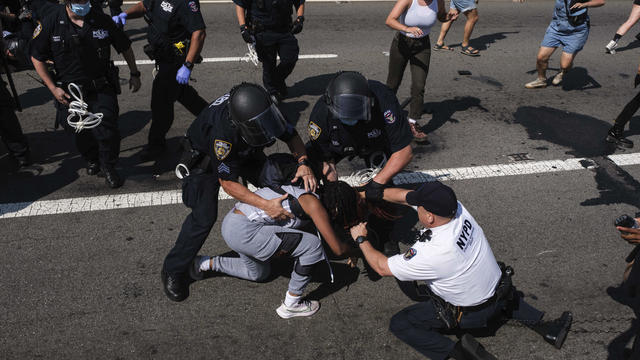 At least four officers were hurt, including Chief of Department Terence Monahan, and 37 people were arrested, police said.