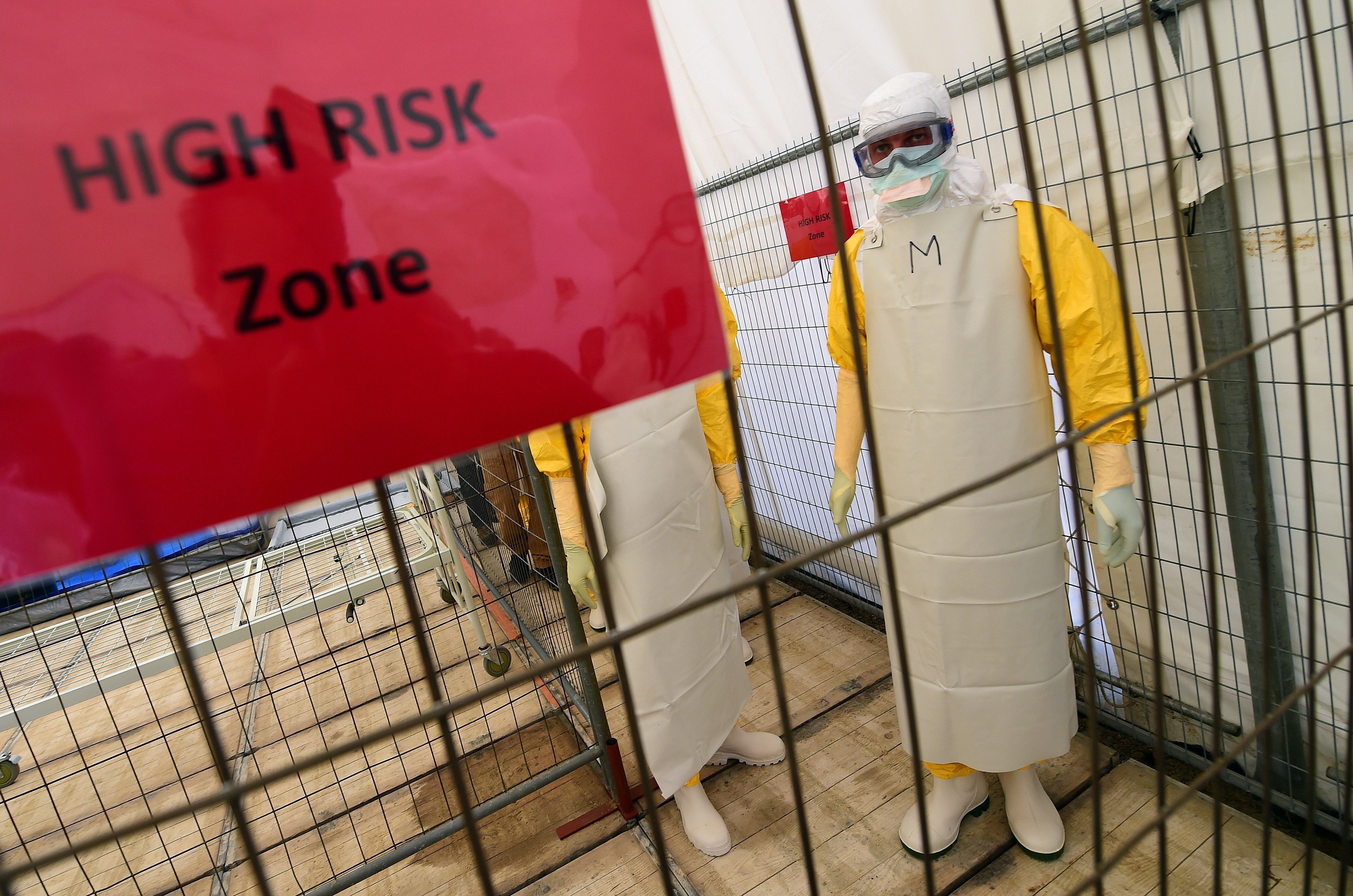 When the Ebola outbreak in West Africa rose to the levels of a full-fledged epidemic, it didn't take long for some U.S. politicians to begin publicly hypothesizing about shocking ways the virus could spread here.

One theory suggests that perhaps Ebola would be an attractive biological weapon for terror groups seeking to attack the United States. Others attempted to connect the virus to another perceived security threat: that illegal U.S-Mexico border crossers could be carrying the disease.

Rep. Randy Weber, R-Texas, told Breitbart News, "There is no telling what might eventually make its way into the heartland." Former House Speaker Newt Gingrich reportedly told a group of Republican lawmakers that porous borders left Americans susceptible to immigrants carrying the virus.

However, in rebutting that theory, National Institute of Allergy and Infectious Diseases Director Anthony Fauci said on "Fox News Sunday" that the possibility of immigrants coming across the border with the disease is "hypothetical" and "very far-fetched."

Lawrence Gostin, the director of the O'Neill Institute for National and Global Health Law at Georgetown University pointed out to CBS News that there has never been an outbreak of Ebola in Latin America, only in Africa.

And Carl Meacham, the director of the Americas program at the Center for Strategic and International Studies noted that the largest West African communities in Latin America that might see visitors from West Africa, where the outbreak is happening, are in Brazil and parts of the Caribbean - not countries that make up the highest levels of illegal immigration, like El Salvador, Guatemala, Honduras and Mexico.

Still, Meacham said it's impossible to say the chances are "nil" that a terror group would try to exploit the pathways used by illegal immigrants to come to the U.S.

Which leads to the possibility, floated by "Fox News Sunday" host Chris Wallace, that terrorists could dispatch an Ebola victim to the southern border as a human biological terror weapon.

"If I were a bioterrorist, that would not be my choice," said Fauci in response. "It would be inefficient. Nature does it much worse than a bioterrorist."

Meacham added, "The issues that have to do with coming into the United States through the channels that folks come in for work illegally are there, but it's much less likely, I would say, that folks would try to do this with Ebola if they can already come in by air directly to metropolitan areas.".

Experts back that up: not only does an Ebola outbreak among immigrants seem like a low probability right now, but the virus would also be incredibly difficult to use as a weapon against Americans.

"Ebola would be a very poor biological weapon," said Gostin. The number one reason, he said, is that it's not aerosolized, or spread by air.

"Unless it could be somehow genetically altered so that you could make it into an aerosol that was airborne, which would be unlikely at this stage, it would be a very poor biological weapon," he said, given that Ebola victims are "not infectious until they're very sick, and ... when they're very sick they're likely to die."

Carl Schultz, a professor of emergency medicine at University of California, Irvine, with emphasis on disaster medicine and terrorism, said smallpox is a far better example of a virus that could be used as a weapon in either human or bomb form.

But, Schultz told CBS News, it's still not that easy.

"While in theory it looks like biological weapons would be great...[it's] lot harder to implement than you would think," he said.

Samples of the smallpox virus are kept by the U.S. and Russian governments, and trying to concoct the virus in a lab would raise red flags.

"Every time you try to do something like that - set up a lab, purchase equipment - you leave a paper trail," Schultz said.

It would also be incredibly technically difficult to genetically alter Ebola to spread through the air.

"I'm not sure any scientists could do it but I think it would be well beyond the capabilities of any terrorists at the moment," Gostin said.

Meanwhile, some, including Sen. Rand Paul, R-Kentucky, have raised the possibility that Ebola might be more easily transmissible than is believed.

"I don't think that there's data to tell us that that's a correct statement, with all due respect," Fauci said on CBS' "Face the Nation."

He elaborated on the topic on "Fox News Sunday" when confronted with a New York Times op-ed from Michael Osterholm, the director of the Center for Infectious Disease Research at the University of Minnesota, who wrote that Ebola could mutate to become transmissible through air.

"Certainly hypothetically, anything can happen. But if you look at the track record of viruses, viruses mutate and they change," Fauci said. "It is extremely rare if not unprecedented that a mutation will occur to completely make it transmitted by a way it never transmitted before. Is it theoretically possible? Yes. Is it likely? No."