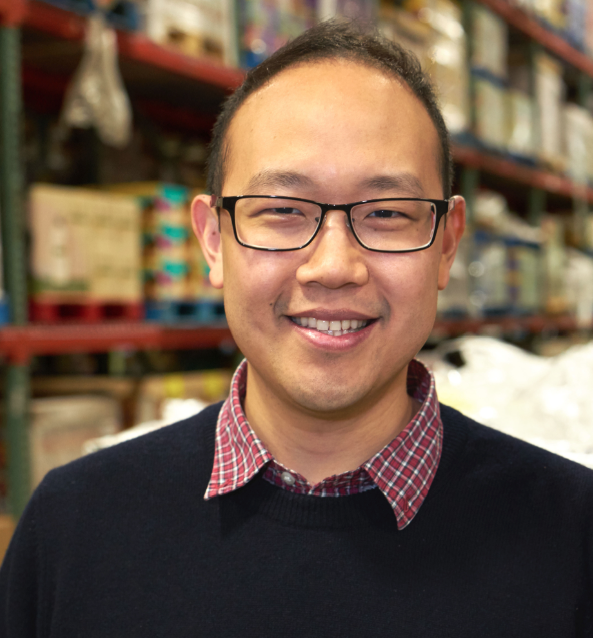 "I noticed there weren't a lot of cars in the warehouse parking lot," Huang told CBS MoneyWatch. "I thought they were on lunch break, but they were at full shift. A lot of folks, I realized, just couldn't afford cars."

That prompted Huang, the son of Taiwanese immigrants, to think about how his e-commerce startup could help his employees' families climb the socioeconomic ladder, while also inspiring loyalty and commitment among workers.

He drew on his own experiences, noting that his mother, who worked as a cashier at a Chinese restaurant in Baltimore across the street from Johns Hopkins University, had expressed the wish that one day her grandchildren would attend the school. But Huang himself ended up attending and graduating from the university, thanks to his family's ability to piece together financial coverage.

"I thought, 'What was it that created the upward mobility in my family, especially when my parents first came to this country?' That enabler was access to higher education," Huang said. "The thing is, if you can't afford a car, how are you ever going to afford post-secondary school? That got me thinking that we are building a long-term business here, and we need to reinvest back into the folks who are committed to us."

Huang said he's put more than $1 million in cash and stock aside to cover the costs of paying for the college tuition of his workers' children. He stresses that he's putting up his own stock and cash, and that none of it is company money or funds from financial backers. (He also added that he's not "the Oprah type" to give away cars.)

"The thinking is that as the company grows rapidly, the stock will grow rapidly," enabling Boxed to pay for tuition, Huang noted. So far, there are 12 children of employees who will at some point be eligible for the tuition plan, although there's only one child who will be enrolled in college this fall, he said. That's the son of the company's head of transportation, who Huang said was "pretty happy" with the offer of financial support.

Huang said there are no limits on whether the company will pay for private or public colleges, although he stressed that the deal only covers tuition. Room and board will still need to be covered by the students or families. "It's not a free ride to go and have the party of your life," Huang said. "They still have to learn the meaning of a dollar."

For Boxed that still represents a sizable investment, given that annual tuition and fees, excluding room and board, is now $31,231 annually for a four-year private college and $9,139 for a public four-year university, according to the College Board. Tuition at private colleges has more than tripled since 1980.

Workers at Boxed's warehouses make far more than the federal minimum wage of $7.25 an hour, with pay ranging between $13 to $17 an hour, according to Boxed spokesman David Taft. The company, which has raised $33 million in venture capital funding, is an online retailer that sells items such as diapers and coffee in bulk, billing itself as a more convenient way to shop than driving to big warehouse stores such as Costco (COST). The company employs about 100 workers, with about 60 staffers in what Huang calls facility functions, such as shipping and receiving.

"What I realize is that even as a CEO I'm absolutely nothing" without his employees, Huang noted. "How many boxes can I pack by myself? How many marketing campaigns can I make by myself?" He noted that he hopes the college plan will make his workers realize how important they are to him and the company.

Asked if he had heard of Gravity CEO Dan Price, who cut his own $1 million annual salary to $70,000 and raised all of his employees' pay to the same amount, Huang said he heard of that effort after he announced his own college plan. He noted that he couldn't cut his own salary given that he had skipped a salary for the last two years.

"We give pretty generous raises at aggressive intervals, but I don't think that's a game changer for upward mobility," he said. "I thought this was a good way to set this tone that this is a long-term business we're building. It's not a get-rich scheme where we're done in a year or two, and it's going to take a while. They'll have to be with us for many years for these benefits to manifest."

One immediate side effect of Boxed's tuition program: The company is getting inundated with resumes. Huang joked, "I should probably ask from now on, 'How many kids do you have'?" More seriously, he added, he hops other companies will follow suit and create similar plans for their employees.

"Hopefully it'll spark something and get people to give something back," Huang said.