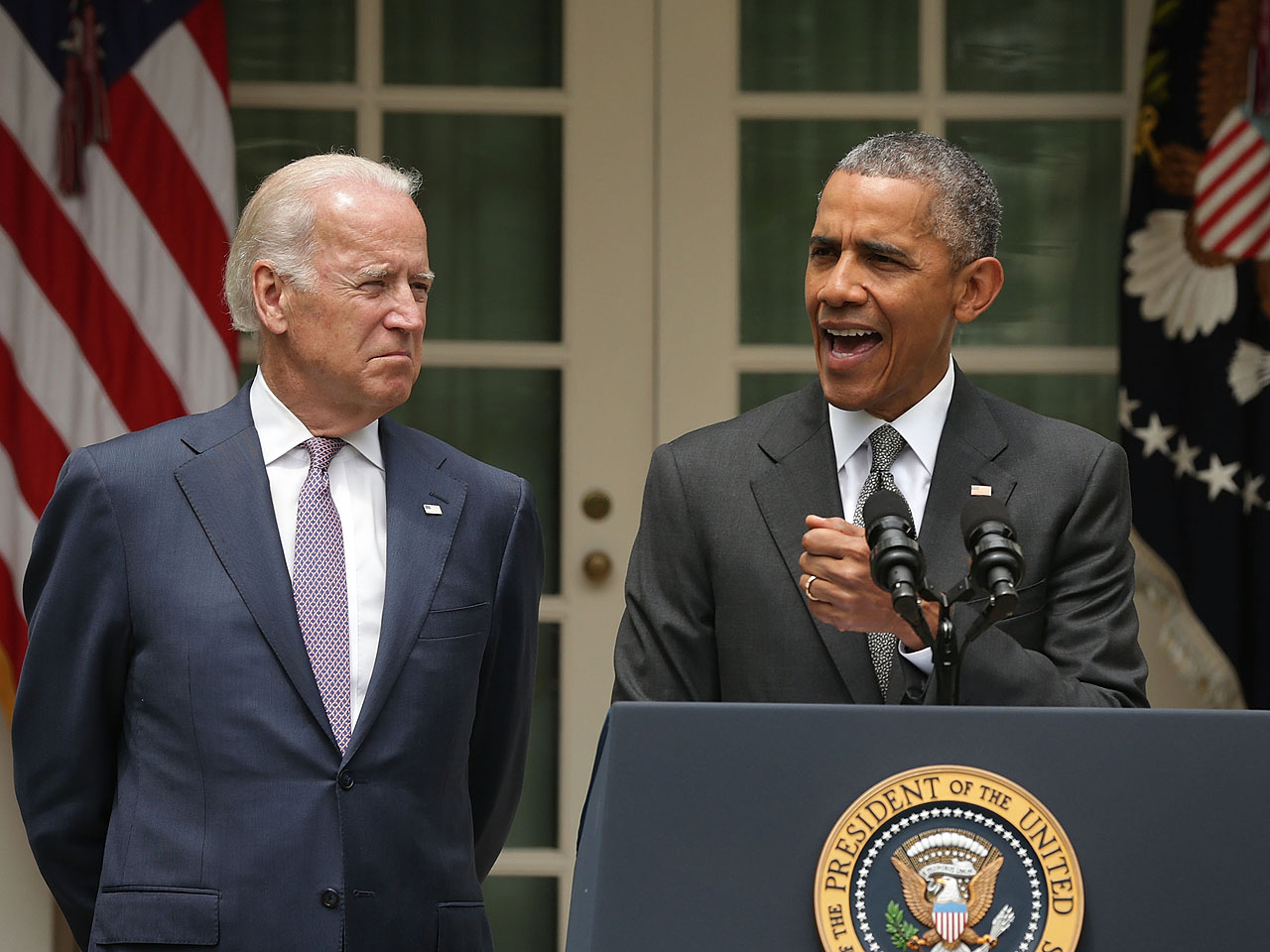 For Vice President Joe Biden, getting the green light from President Obama to seriously consider a 2016 presidential bid could be important if he launches a campaign.

A former administration official told CBS News Correspondent Julianna Goldman that there are a number of mid- to senior members of the Obama orbit who are still on the sidelines of the 2016 election, but who would work for Biden if he jumps into the race.

There would be some awkwardness for the president if his vice president decides to run against his former secretary of state, Hillary Clinton. Yet that might not stop Mr. Obama from choosing one over the other. White House Press Secretary Josh Earnest said Monday that he "wouldn't rule out the possibility of an endorsement in the Democratic primary." He also said that Mr. Obama believes putting Biden on the ticket in 2008 was the best political decision he's made.

"I think that should give you some sense of the president's view of Vice President Biden's aptitude for the top job," Earnest said.

Biden's contemplation of the a third White House bid has intensified in recent weeks. Over the weekend, he met privately with Massachusetts Sen. Elizabeth Warren at his Washington, D.C., residence Saturday. The meeting -- which Biden requested and changed his schedule to attend -- was the strongest sign yet that the vice president is becoming more serious as he considers a potential bid for the White House in 2016.

Part of the growing intensity is the pressure to jump in the race while there's still time to campaign and raise money ahead of the first nominating contests in Iowa and New Hampshire next year. Aides expect him to make a decision by late September. There are also growing concerns from top Democrats and donors about the fallout from Clinton's private email server.

In addition to Sen. Warren, Biden and close advisers have been reaching out to supporters in early voting states, Goldman reported. They believe they can raise roughly $25 to $30 million over the next six months, tapping into the scores of major donors that are still on the sidelines.

According to a CBS News analysis, out of the nearly 770 people who were top Obama fundraisers in 2012, a fraction -- at least 51 -- have committed to bundling large sums of money for Clinton.

A Biden candidacy wouldn't be free of his trademark gaffes, and among other considerations that weigh against him are the fact that he's run twice before, and now, at 72 years of age, he would be the oldest person ever elected president.

Perhaps the most important consideration for Biden is his family, which is still reeling from the loss of his eldest son, Beau, who died of brain cancer at 46 earlier this year. In Beau Biden's final days, he reportedly begged his father to run, telling him, "Dad, it's who you are."

At this point, Biden and his family - including his wife Jill and Beau's widow and their children - are not yet sure if they are emotionally prepared for what is sure to be a grueling campaign. But a Democratic donor who regularly speaks with Biden told CBS News that the vice president is "more comfortable today than he was a month ago."