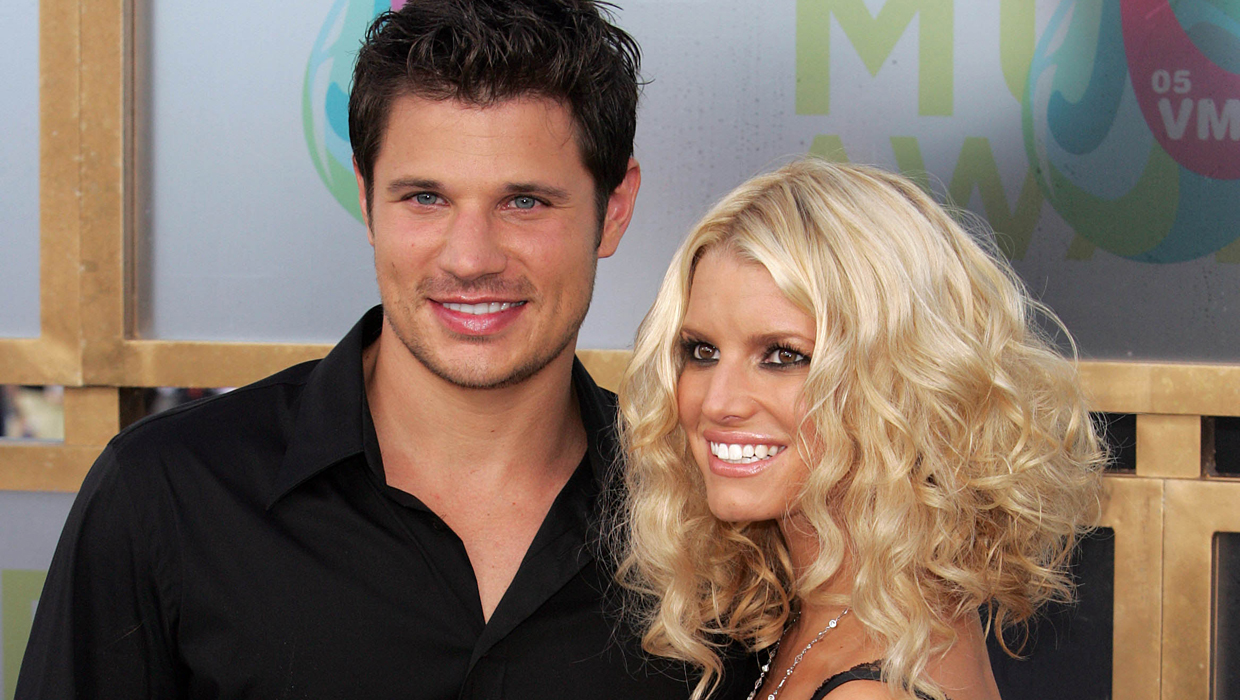 Nick Lachey is happy to be a parent, just not with his ex-wife Jessica Simpson.

During his interview on Jenny McCarthy's Sirius XM show "Dirty, Sexy, Funny" on Wednesday, the former 98 Degrees singer admitted that he's grateful that he waited to have kids with his current wife Vanessa Lachey and did not have any with Simpson, who he was married to from 2002 to 2006. "In our situation, that was probably the best thing that could have ever happened that we didn't have kids," he said bluntly. "And look, you're always going to love your kids no matter how you feel about their other parent, but all things being equal, it was the best thing probably for both of us that we went on with our lives."

Both Lachey and Simpson have remarried. Simpson has two children, Maxwell and Ace, with her husband Eric Johnson, while Lachey and his wife have one son, Camden, and a baby on the way. "She's obviously happily married with two and I'm happily married and about to have two so it all worked out the way it was kind of meant to work out," the 41-year-old "Big Morning Buzz" host added of his ex.

While other exes in Hollywood seem pretty friendly (i.e. Michael Sheen and Kate Beckinsale), Lachey says he and Simpson have not stayed in touch. "She and I don't necessarily stay in each other's lives," he told McCarthy. "I wouldn't say it's friends and I wouldn't say it's enemies -- there is just no contact. We both moved on with our lives...it's not animosity, it's not friendship, it's just kind of nothing."

In addition to talking in detail about his ex, Lachey also made some TMI comments about getting intimate with his pregnant wife. "You get to this point, you've got to get very creative with your positioning," he quipped. "[But], I'm not sure she's that comfortable right now with much of anything, including sex, it's been an uncomfortable time when you get into the last month and a half."

He added, "It was my birthday weekend this [past] weekend though, so I did howl at the moon a couple times."

Lachey and his wife Vanessa announced they were expecting their second child this past July by tweeting a photo of the words "it's a girl" written in the sand.