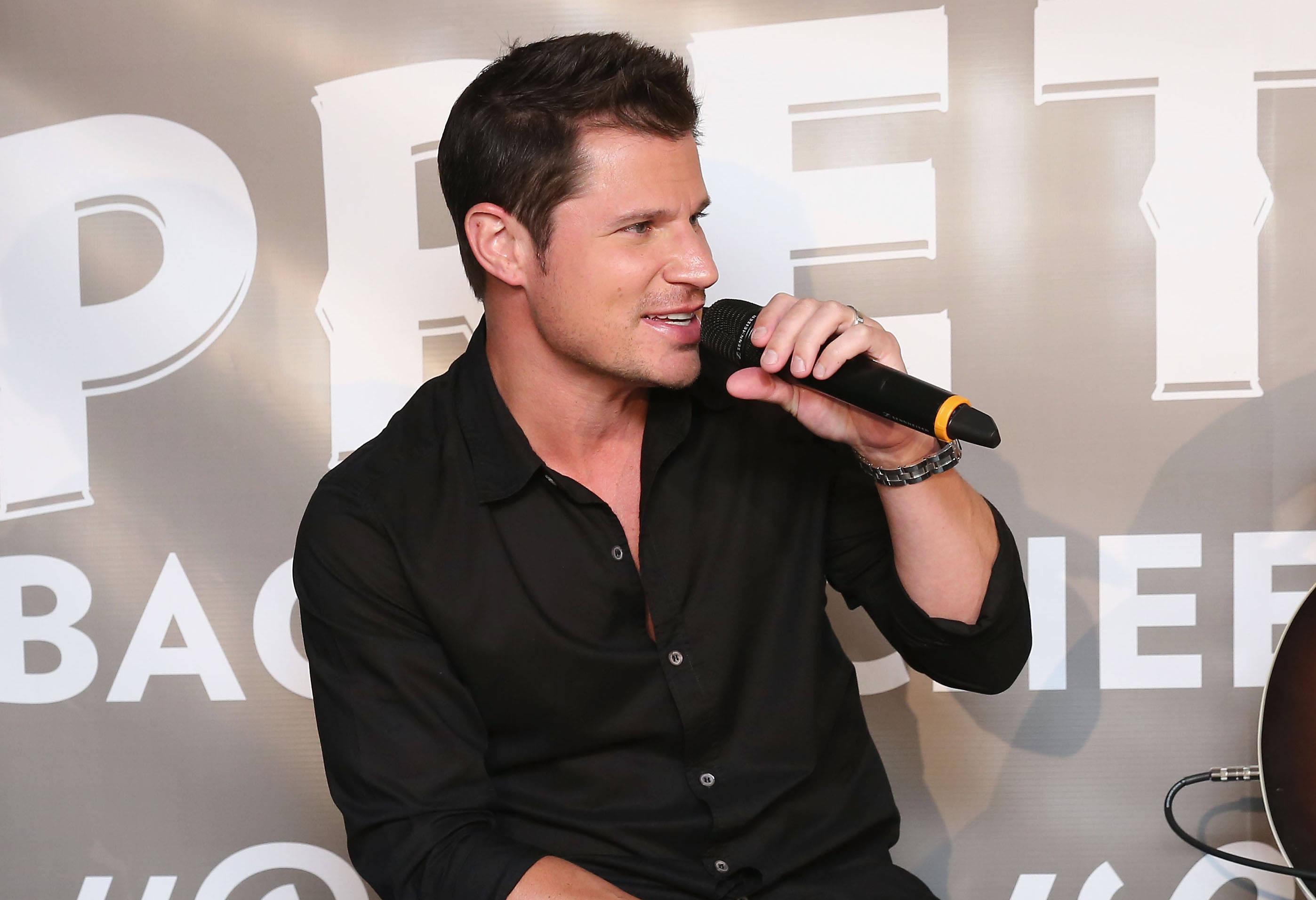 Nick Lachey: Member of 98 Degrees, host of "The Sing-Off," a new father and a singer of tweets?

The last part of that sentence may have some people scratching their heads, but Lachey was in Manhattan on Monday singing a love song to a pretzel -- to the tune of tweets and Facebook posts. He helped launch Wendy's new menu item: a pretzel bacon cheeseburger. Apparently, the response to Wendy's new concoction was so positive, people started referring to it as a "love-fest," Lachey said.

"I actually took some tweets and social posts and turned them into an original song," said Lachey, who sang followers' tweets about the burger on Monday -- a love song, if you will. So, does he like the burger? "I'm a big pretzel guy, so I'm a little biased," said Lachey. Throughout the summer, the fast-food chain will post videos of Lachey's performances.

But this summer, Lachey, 39, will spend most of his time putting his efforts toward a different type of performance; since May, he's been out with the reunited 98 Degrees on "The Package Tour," which also features New Kids on the Block and Boyz II Men.

"It's been a crazy, crazy year -- all in the best possible ways," said Lachey, who added that going "out there in front of 19,000 screaming women every night" has been "a lot of fun." He said, "I have an enormous amount of respect for those two legendary groups. It's an honor for our group to be on the stage with them."

Although the boy groups have a lot going on while on the road, they still manage to squeeze in some time to actually hang out. "Everyone gets along. We went out bowling last week in Milwaukee on our off day. We do all get along really, really well, which is a positive. It's not always like that," said Lachey.

And this marks 98 Degrees' first major tour since taking a hiatus in 2002. To coincide with the outing, 98 Degrees released the new album, "2.0," this past spring, featuring songs written by Bruno Mars and Ne-Yo, as well as from 98 Degrees members themselves.

What happens next is unclear.

"We kind of left that open-ended," Lachey told CBSNews.com. "We have a new record and have been enjoying the tour. Everybody has other stuff that they're doing as well...I think we're back for the indefinite future. We really enjoyed getting back in the studio together and touring together. It would be a shame to be done after this. So I can't imagine that would be the case. I'm not sure exactly what the next step would be -- whether it would be another tour or another album...the band as it were is very much back together."

Once the tour wraps in August, Lachey will return as host of NBC's a cappella singing competition, "The Sing-Off," with Jewel, Shawn Stockman and Ben Folds as judges.

"Jewelbeing a part of the show is great. She's an incredible songwriter and singer -- and a very, very talented musician," Lachey said. "I think she's going to bring a lot. We also have a new executive producer -- Mark Burnett -- who's one of the best in the business. To be honest, I'm not sure how his being involved will change things, but I know it will change things...It will be interesting to get a fresh take on what the show should be -- and moving forward, how it changes."

And when he's not busy shooting the show or on the road, Lachey is on daddy duty. He and his wife, Vanessa, welcomed their first child last fall: a son named Camden.

"I've learned to hold on for dear life and hope for the best," Lachey joked about fatherhood. "No, really it's an amazing journey and it truly is a journey. Every day there's something new and different that he's doing or that's happening. I've just learned to enjoy every moment for what it is and take it all in. It's been an amazing ride so far truly, and it's only just started."