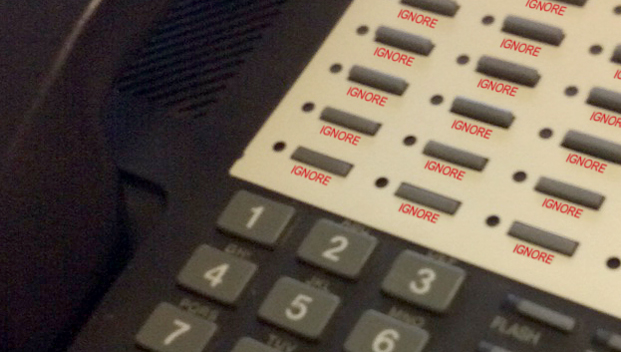 Among the many disturbing trends I'm noticing is that more and more people seem to think that not communicating is an acceptable form of communication.

"Don't call us, we'll call you" was once a cliché reserved for only the most obnoxious and unwelcome business interactions. But it's now standard practice for some who think they're too busy, or too important, to respond to other people who have legitimate cause for communicating with them.

Recently, a corporate customer asked me to call about an order, left a number and direct extension, and I called promptly. The extension went right to a voice mail message saying "I don't check voice mail messages or respond by phone, please email me." OK, then. I emailed saying I tried to return the call, and never got a reply. I eventually heard from the customer ... a month later. And this was someone who asked me to call.

Everyone thinks they have no time to deal with, well, pretty much anything. But the "too busy" myth has been debunked in numerous time/use studies, including years of detailed Bureau of Labor Statistics reports. Whenever I suggest that the notion of "not having a minute to breathe" is B.S., people get defensive, even angry, because being overwhelmed has become a source of pride and a badge of high achievement and (self) importance.

But no matter how busy you are -- or think you are -- it's no excuse for tossing aside basic decency and professionalism in the way you interact with people. I know some very busy CEOs of some very big companies who find a way to personally return a heck of a lot of calls and emails -- because they've decided that being responsive is an important part of the way they do business.

Obviously, I'm not suggesting that every one of the countless messages we get every day warrants a response. I'm saying that it's not cool to blow off the ones that do.

Here are my own "rules of disengagement" for deciding when it's OK to push the ignore button with the people in your business world:

Customers: I can't think of too many instances where it's OK to ignore a customer. You may deal with people you find annoying, who take more time than their business justifies, or who have unreasonable needs or requests. But they're still customers, and just tuning them out is rarely, if ever, the right thing to do -- it's bound to only make things worse.

You have to communicate, but in doing so, manage the situation. If you've truly reached the end of the line in trying to help someone (hopefully, you've really tried everything), find a way to say so with the most courtesy and tact you can muster. It's almost always better than saying nothing.

Job applicants: Job-seekers I've spoken to have told me that it's common not to hear back from employers after an interview. I find this offensive and incredibly unprofessional. Not responding to scores of unqualified or unsolicited resumes is one thing. But if an applicant has made it far enough along in the process to merit an interview, the employer owes that person some kind of follow-up. At a minimum, a form letter/email (which I generally dislike, but better than nothing) thanking the applicant and providing whatever type of closure is appropriate.

Leaving someone hanging after taking her time is just disrespectful. I sometimes think those applicants are lucky not to have been hired by a company with a culture that condones rudeness.

Employees and colleagues: As is the case with customers, it's hard to think of a situation where it's OK to give the cold shoulder to people who work with and for you. Some people will always want -- or waste -- too much of your time, but ignoring them isn't the answer. Quite the opposite, the solution is to communicate with them and address their time demands very directly.

If it's someone who reports to you, perhaps some counseling, training or clearer delegating is called for. If it's a colleague, a diplomatic discussion about finding ways to reduce the back-and-forth might be in order. But just deleting emails and sending calls to voice mail is unlikely to be the best, or from a relationship standpoint, healthiest solution.

Salespeople: Of course, these people get ignored the most. To me, they come in three categories: salespeople with whom you already do business, those who approach respectfully and professionally with a product or service that's relevant to your business, and completely inappropriate, freezing-cold-callers.

Those in the first group generally deserve a reply if they have a fair reason to ask for one. With those in the second group, if they're really professional (especially if they do have something that might be of interest some day), whenever possible I try to send a very quick acknowledgement that doesn't necessarily open the door to further discussion. The third group, well, you can disregard them with extreme prejudice.

Whenever this subject comes up, someone invariably says: "If I responded to everyone who wants my time, I wouldn't get anything done." But I'm not talking about letting people monopolize your time. I'm simply saying that most people who legitimately and appropriately ask to communicate with you, in the normal course of business, deserve to be acknowledged in some way.

That acknowledgement can be short and sweet. It can even be a polite explanation that you aren't able to continue a discussion or take a meeting. But "take a hint" is rarely the most professional approach.

Yes, you're busy. But chances are you're spending some of your time doing less important things than communicating with class.

These 5 companies are already building the metaverse