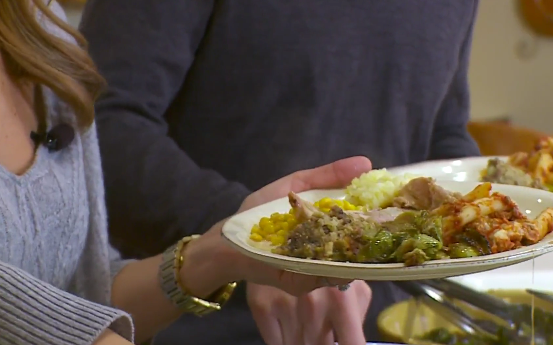 MINNEAPOLIS — Turkey, potatoes, stuffing, pumpkin pie – those are likely some of the foods that will be on the Thanksgiving dinner table.

So, how did these foods become our Thanksgiving meal? It is a good question that CBS Minnesota looked into.

The food selection wasn’t because of the three-day feast held back in 1621 between the Pilgrims and the Wampanoag like some believe. Historians have found they ate some turkey then, but venison was the main meat eaten.

Abraham Lincoln proclaimed a national Thanksgiving Day in 1863, but it wasn’t until the 1900s that they holiday became popular across the country.

“In the early 20th century, things like turkey and cornbread and stuffing were something that was taught to new, who were then immigrants, as a way of Americanizing them,” Tracey Duetsch, a food historian at the University of Minnesota, told CBS Minnesota.

As a result, many of these Thanksgiving staples became more popular.

Turkey was indigenous to North America and a way to feed lots of people as well. Alexander Hamilton had also been a proponent of turkey.

Potatoes were common during the 20th Century after being brought to the U.S. by immigrants. Cranberries were also native and ripen in the fall.

“That’s what the teachers thought Anglo New Englanders had eaten,” said Duetsch. “Those were the foods that were put forward as American foods.”

Stuffing or dressing is as old as ancient Rome. It was originally referred to as “farce” – which is a Latin word.

And, as for pie, Duetsch said it is an old food that was used to preserve fruits and meats.

“What’s so interesting is how many people vary from those iconic dishes,” said Deutsch. “A lot of people make things that represent their own ethnic traditions or family traditions.”