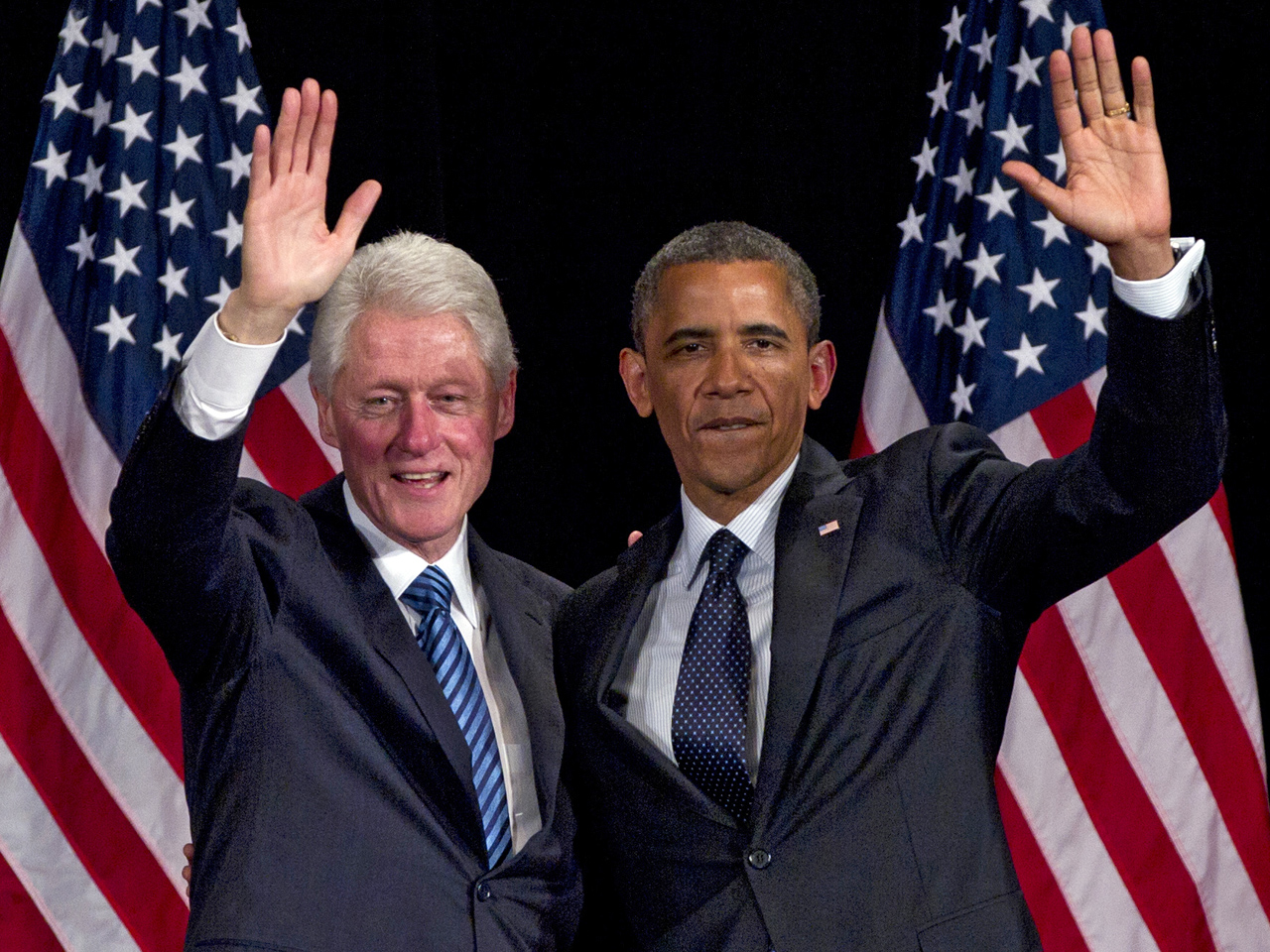 (CBS News) Cleveland's Cuyahoga Community College is the site of a major economic address Thursday that President Obama hopes will frame his fiscal message and distinguish his vision for the future from that of his Republican rival, Mitt Romney. But Mr. Obama is not the first person to deliver an address at the Ohio community college: As Republicans reminded voters on Thursday, former President Bill Clinton was there just two years ago.

"In 2010, President Clinton At Cuyahoga Community College Said If Obama And Democrats Haven't Worked Out In Two Years, 'You Can Vote Us All Out Then,'" read a Thursday morning blast from the Republican National Committee (RNC).

The email goes on to quote Clinton's 2010 remarks: "Democrats are saying something like this: 'Look, we found a big hole that we did not dig. And we didn't get out of it in 21 months but at least we quit digging. So, don't go back in reverse, give us two more years. If it doesn't work, you have another election in just two years. You can vote us all out then. But for goodness sakes, we quit digging don't bring back the shovel brigade.'"

Voters didn't entirely grant Clinton his wish. Republicans re-took the in the House of Representatives in 2010, and Ohio Rep. John Boehner became Speaker of the House in January 2011. Still, Clinton's words are now providing fodder for Republicans in the upcoming election.

It's hardly the first time Clinton's words have come back to haunt Mr. Obama: This month alone, the former president has taken heat for defending Bain Capital, testifying to Mitt Romney's "sterling" business career, and suggesting he favored extending the Bush-era tax cuts.

He is not the only Democrat giving the president headaches. Former Pennsylvania Governor Ed Rendell - another Clintonite - recently called the Obama campaign's ads attacking Bain "very disappointing." And just this week, Democratic strategists Stan Greenberg and James Carville, both former Clinton advisers, released a memo warning of "an impossible headwind this November if we do not move to a new narrative."

According to Stu Rothenberg, the editor and publisher of the nonpartisan Rothenberg Political Report, the calculus is probably not part of some nefarious scheme.

"I don't think this is some grand conspiracy where they all sat down and thought, 'How can we stick it to Obama?'" he said. "We're talking about people who are not Obama partisans and frankly don't see their role at the moment as primarily defending the president. That doesn't meant they won't vote for Obama and that doesn't mean they don't prefer Obama -- it just means they're not invested in him the way Obama insiders are."

"I think they do support the president," he added. "It's just that there's enough distance between them and the White House, and since they're not part of the inner circle they don't see themselves that way."

Some of that distance may well come from residual tensions left over from the bitterly divisive 2008 Democratic primary contest.

"I've always felt in politics that once divisions develop they are very hard to heal and the truth is that in Obama's difficulties, some of Hillary Clinton's supporters may find vindication," said political analyst Larry Sabato, of the University of Virginia's Center for Politics. "You can bury the hatchet, but the people who buried it remember where it is."

"Let's not forget this is about the future too," he added. "Hillary Clinton may run for president in 2016 and if so Bill Clinton wants to position her in the best possible way. That may call for some distance between her and Obama. And these comments may come in very handy one day."

Clintonites, of course, aren't the only political animals out there saying negative things about candidates in their own party, and Rendell is also a political commentator for MSNBC. Ostensibly, that's part of his job.

"If you just saw yourself as a messenger for the party" you wouldn't criticize one of your own, he added, but people like Bush and Clinton "have some distance."

Jamal Simmons, a Democratic political analyst and former Clinton administration member, notes that Clinton, for all of his famed political instinct, is no longer playing the national political game.

"President Clinton is sitting in a different place. He is a global leader with a base in the U.S. President Obama is a national leader who has to get re-elected," Simmons said. "As a former president, Clinton kind of has a right to say what he thinks."

Not that Simmons necessarily thinks the president's team should listen to the peanut gallery.

"I think the president's team should be cautious about listening too much to people who aren't aware of their entire game plan," he said. "The thing I know about campaigns is that when you're inside of them you have an objective you have to reach by November of this year. You have a sense of what you have to do."

"There are only so many things you can say and you can do at once and this period is about defining Mitt Romney for the American people," he added.