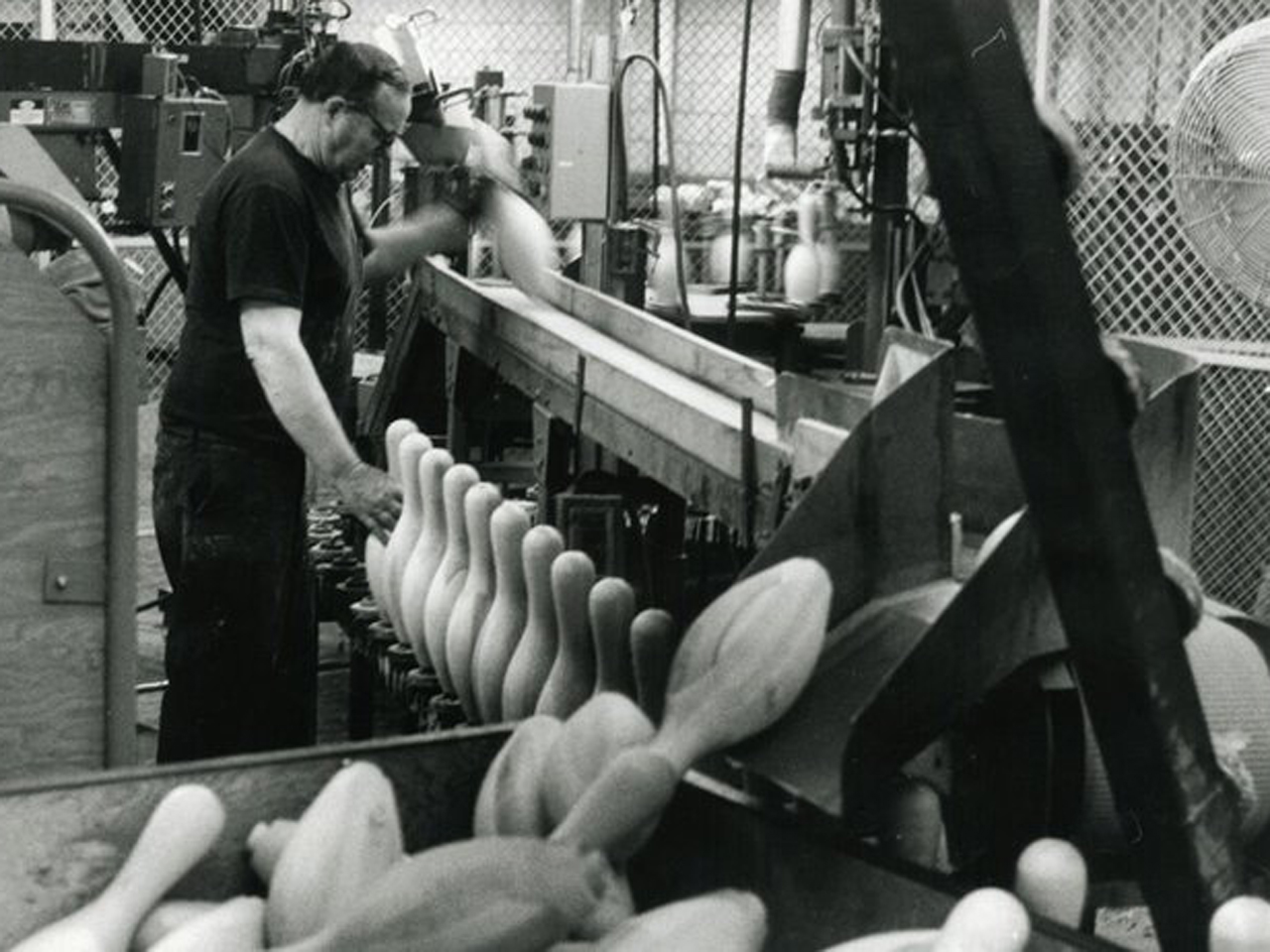 For more than a century, Brunswick Corp. (BC) has been synonymous with bowling. It helped standardize rules of the game and was responsible for many innovations, such as automatic pinsetters. That's why the company's decision earlier this month to exit the business came as shock to many in the industry.

Brunswick announced on July 17 that it's selling its bowling centers to Bowlmor AMF for $270 million. It also said it's seeking a buyer for its bowling products business.

Chief Executive Dustan "Dusty" McCoy told CBS MoneyWatch in an interview that the deal was unrelated to a decline in bowling's popularity in recent years. In fact, he says he wasn't looking to exit the business entirely.

The 65-year-old, who is planning to retire in early 2016, said he had originally wanted to merge the bowling products business, which includes bowling balls and equipment used in bowling centers, with Bowlmor AMF. But the companies' attorneys said such a deal probably wouldn't pass antitrust muster. Bowlmor AMF also owns a 50 percent stake in Qubica AMF, which provides capital equipment such as ball returns and pins to bowling centers.

"My initial response was 'no'," McCoy said, adding that the operation generated $187 million in sales. "The business was very profitable for us. It generates significant cash."

But Shannon persisted, and McCoy eventually came to believe that Brunswick's centers would be better off under Bowlmor AMF's ownership because of the changing nature of the industry. Many operators no longer describe their bowling businesses as "alleys" since they offer other forms of entertainment, such as arcades and rock-climbing walls, to broaden their appeal to families.

Those types of retail entertainment businesses weren't a good fit with the rest of Brunswick, a maker of billiards, exercise equipment and pleasure boats.

"We understand the bowling center of the future," McCoy said, adding that the company had run pilot programs around the county to fine-tune its business model. "We are a consumer-based company that designs and engineers consumer products ... Running entertainment centers is not one of our core competencies."

Bowlmor, which is based New York, plans to retain Brunswick employees and will continue to honor Brunswick's commitment to leagues -- an issue that concerns some bowlers since catering to private parties has proven to be so lucrative.

Colie Edison, a spokeswoman for Bowlmor, said the company aims to "introduce a new generation to league bowling," adding that Bowlmor wants to support professional bowling and is in talks with the Pro Bowlers Association about sponsorships.

"Brunswick's decision will have a huge impact on the industry," said pro bowler Jason Belmonte in an email interview. "They were such an integral part of bowling's success throughout the years."

The deal between Bowlmor AMF and Brunswick will merge the top two bowling center operators in the country and include a combined 357 locations. It comes at time of huge changes in $4 billion North American bowling market. About 69 million people bowl at least one game a year, making it, in the words of the industry, the top "participatory sport" in the U.S.

But that's down from 71 million a few years ago. The number of bowling centers has shrunk to about 4,800 from 6,000 10 years ago. League bowling, once a mainstay of the industry, has plummeted in recent years to 1.8 million participants. During the 1970s and early 1980s, more than 9 million people participated in that activity, according to the Bowling Proprietors Association of America (BPAA).

"Initially, when I read about [Brunswick's plans to sell], it was a surprise," said BPAA President Thomas Martino in an interview. "When the details came out, we can see why they sold. Bowlmor AMF paid a good price for it. I don't blame them [or selling]. It's a lot of money."

McCoy stressed that Brunswick's decision wasn't a commentary on the health of bowling, adding that it was the right deal at the right time with a unique buyer. The company has reiterated that point in a recent "open letter" it recently released to the public.

Brunswick shareholders are hoping for more financial strikes. The stock has slumped more than 9 percent this year, underperforming the S&P 500, which has jumped around 8 percent.

As for selling the bowling products line, when it decided to sell the centers, Brunswick decided it no longer made sense to hold onto that business, which generates about $100 million in annual sales and employs about 200. Several buyers have expressed an interest, though McCoy declined to disclose any names. Lazard is conducting the sale.

Storm Products, a closely held maker of bowling balls, apparel and shoes, is "always interested in growing our company," said Mike Flanagan, a spokesman for the Brigham City, Utah-company in an email, but added that he wasn't sure if owners Bill and Barbara Chrisman would make a bid for the Brunswick business.