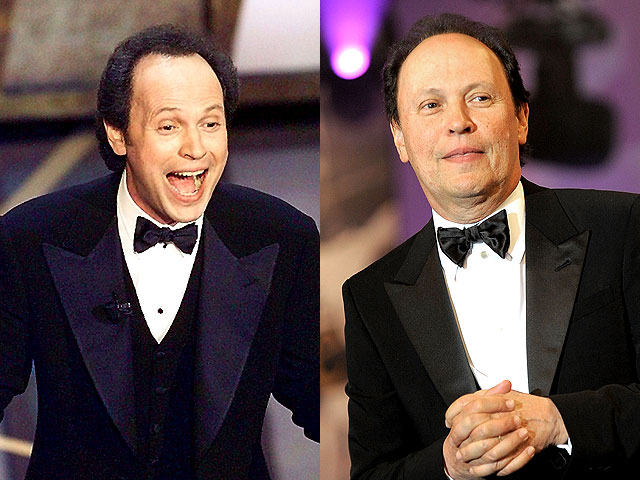 (CBS) During a week of chaos in which an Oscar broadcast more than three months in the future made front-page news daily, it's no surprise that Academy Awards organizers looked for some stability in naming a new host.

And they didn't have to look very far. Funnyman Billy Crystal, who has hosted eight previous Oscar ceremonies, was on the top of everyone's short list, both in and out of the industry.

Crystal is a proven quantity who has become almost as closely identified with Oscar as 19-time host Bob Hope. He had shown some interest in doing the gig again via some tweets he sent out over the summer. And every time a new host bombs, there inevitably comes a call for Crystal's return from the TV audience at home .

Then last week, Ratner used a gay slur while talking about the Oscar telecast during a promotional tour for "Tower Heist," which also stars Murphy. He apologized for the slur, but the continued protests by gay advocacy groups and a related radio interview with Howard Stern in which Ratner discussed his sex life proved to be too much for Oscar organizers.

Ratner quit the Oscars Tuesday, and Murphy followed him out the door Wednesday, the same day Oscar-winning producer Brian Grazer was named to replace Ratner. Crystal was tapped the next day.

As bloggers have been pointing out this morning, Crystal is the whole package. To use an analogy from baseball, the game Crystal loves, he's the perfect reliever.

He is a first-class comedian, veteran of a one-man show on Broadway, who has proven in previous hosting gigs that he can be funny on the fly. Plus, he can sing, dance and act, with movie s like "When Harry Met Sally" to his credit.

His only drawback is his age. At 63, he is older than most previous hosts - except for Hope - and some fear he won't connect with younger viewers.

But then using Anne Hathaway, 28, and James Franco, 33, as Oscar co-hosts last year didn't work out so well either.

In fact, that was one of the bombs that led viewers to call for Crystal's return.