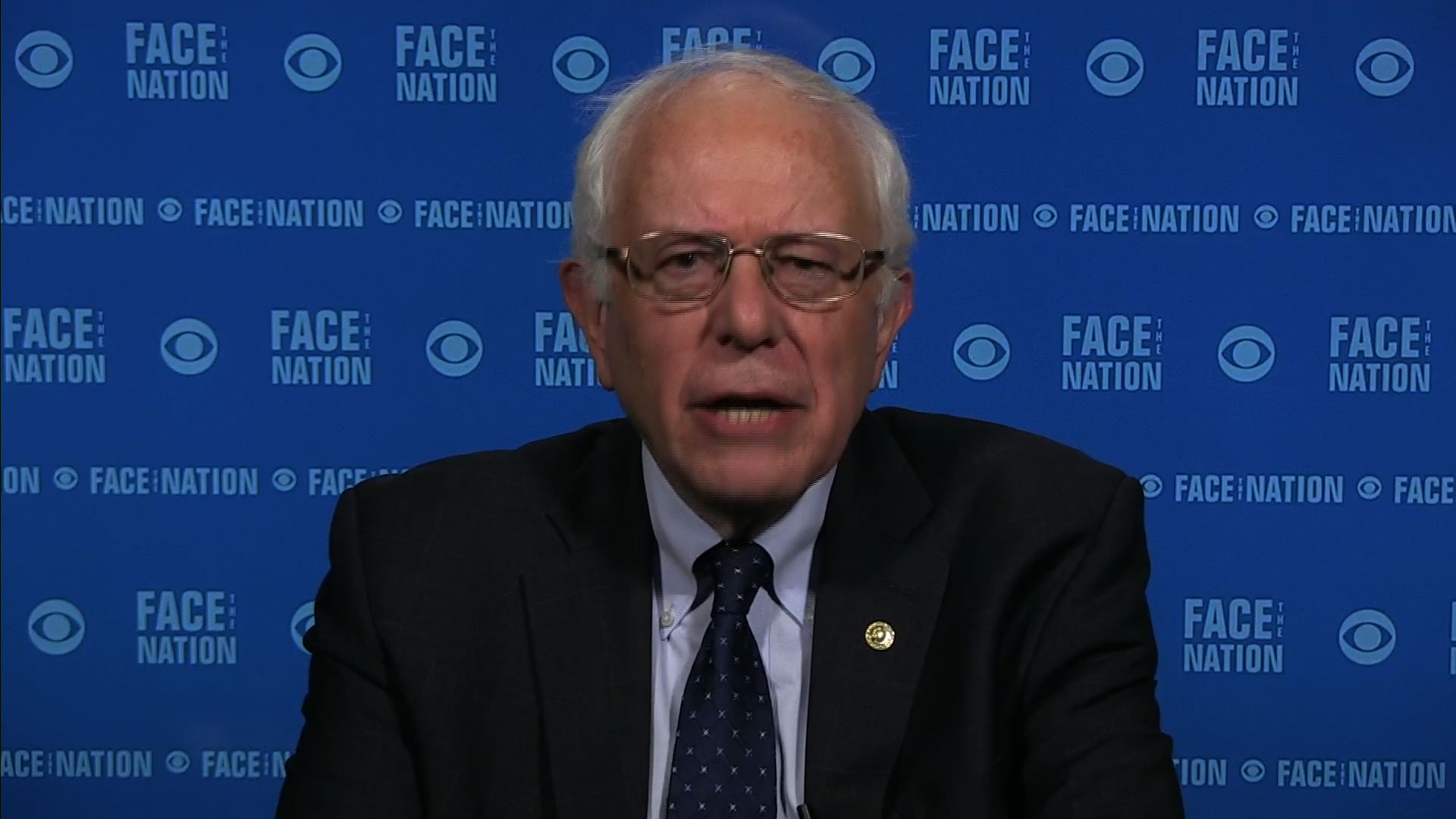 Sen. Bernie Sanders, I-Vermont, faulted Republican presidential candidate Donald Trump for converting voters' legitimate concerns into hatred and said he can win over some of those voters with his message about improving the economy.

"What Trump has done with some success is taken that anger, taken those fears which are legitimate and converted them into anger against Mexicans, anger against Muslims, and in my view that is not the way we're going to address the major problems facing our country," he said.

He suggested there was a certain irony about the fact that Trump does not want to raise the minimum wage, and is looking at ways to give millions in tax breaks to the wealthiest people in the country.

"I think for his working class and middle class supporters, I think we can make the case that if we really want to address the issues that people are concerned about...we need policies that bring us together that take on the greed of Wall Street, the greed of corporate America, and create a middle class that works for all of us rather than an economy that works just for a few," Sanders said.

Sanders also weighed in on the case of Sandra Bland, the black woman who died in a Southeast Texas county jail last summer. A grand jury decided earlier this month that no felony crime was committed by the sheriff's office or the jailers. They have not yet reached a decision on whether the trooper that arrested Bland should face charges.

"The way she was yanked out of that car and the way she was treated by that police officer is not something I think would have happened to the average middle class white woman," Sanders said. He called for "significant" criminal justice reform and said that it should be made clear to police officers that lethal force "should be a last option, not a first option."

As for his campaign against former secretary of state Hillary Clinton for the Democratic nomination, Sanders argued he won't need to attack her the way then-Sen. Obama did in 2008.

"Do I have to wage horrible attacks against Hillary Clinton? I'm not going to do that," he told moderator John Dickerson. "But what I will do is contrast our ideas and my record with Hillary Clinton. That's what elections are about and that's what people want to hear."

He recited a list of differences that he has been offering for months: He voted against the Iraq War when Clinton voted for it; he does not support a no-fly zone in Syria, which she does; and he wants to reinstate a law separating commercial and investment banking. She does not.

"Those are differences of opinion that need to be debated," he said.