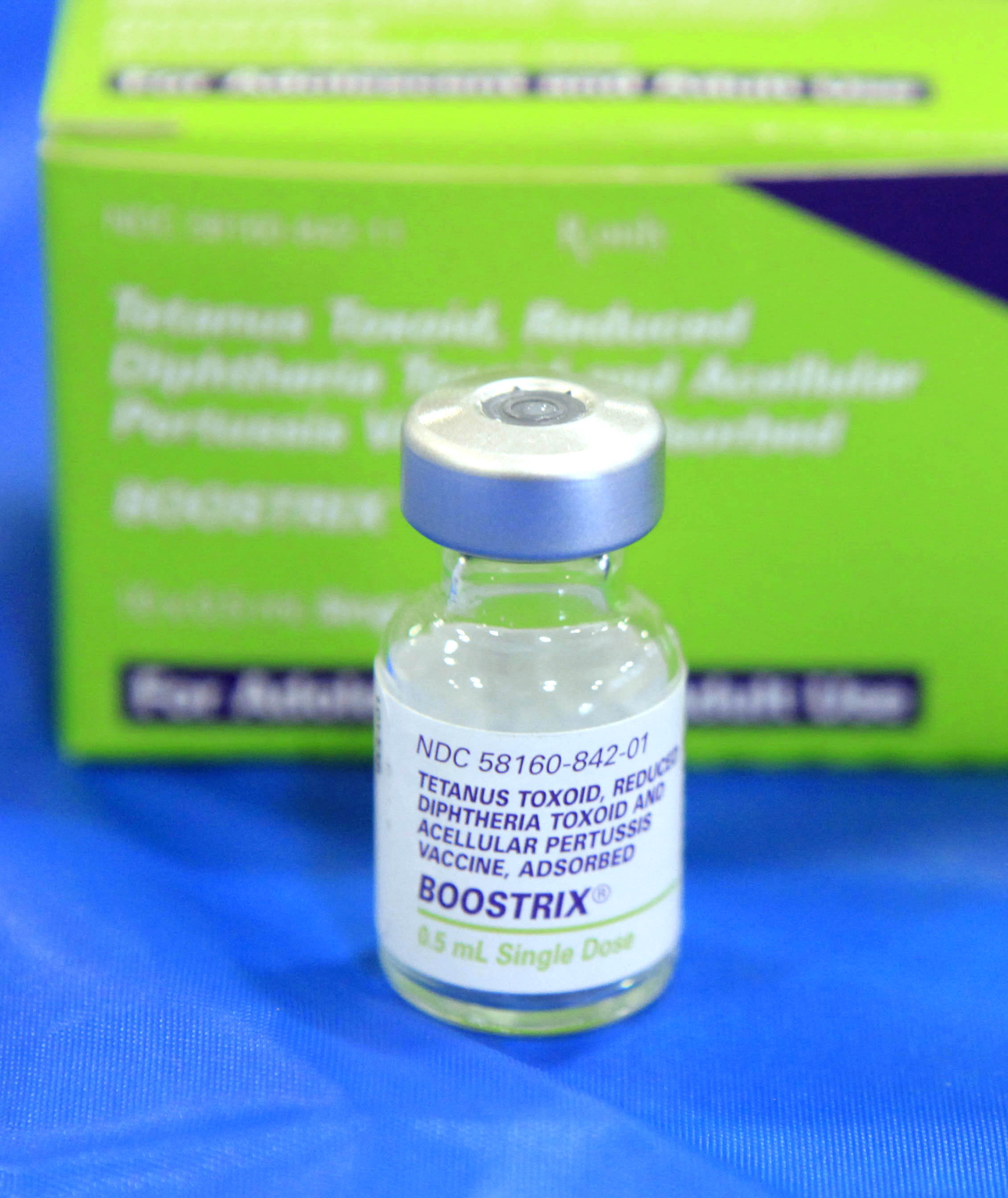 (CBS/AP) Researchers say the effectiveness of the vaccine given for whooping cough may lose its effectiveness much faster than doctors previously thought. Their finding may explain why the U.S. is in the midst of the biggest whooping cough epidemic it has seen in decades.

There are several formulations to get vaccinated for whooping cough, also known as pertussis. DTaP is a five dose series recommended at 2,4 or 6 months; 15 through 18 months and 4 through 6 years of age. Tdap is a booster dose given to people 11 to 12 years old, pregnant women and any adult that has not previously had been vaccinated.

A study published online in the Sept. 12 issue of the New England Journal of Medicine found that the protective effect weakens dramatically soon after a youngster gets the last of the five recommended shots around age 6.

The protection rate falls from about 95 percent to 71 percent within five years, said researchers at the Kaiser Permanente Vaccine Research Center in Oakland, California.

"The substantial majority of the cases are explained by this waning immunity," said Dr. William Schaffner, an infectious-disease specialist at Vanderbilt University.

In light of the findings and earlier, similar research, health officials are considering recommending another booster shot for children, strengthening the vaccine or devising a brand new one.

But "there's nothing in the pipeline that's close," said Dr. Tom Clark of the Centers for Disease Control and Prevention.

Whooping cough is a highly contagious bacterial disease that can strike people of any age but is most dangerous to children. It is named for the sound youngsters make as they gasp for breath.

It used to be common, causing hundreds of thousands of illnesses annually and thousands of deaths. Cases dropped after a vaccine was introduced in the 1940s, and for decades, fewer than 5,000 a year were reported in the U.S.

Because of side effects that included pain and swelling at the injection site, fever and apparently, in rare cases, brain damage, the vaccine was replaced in the 1990s. The newer version used only parts of the bacterium instead of the whole thing and carried fewer complications.

But cases of whooping cough began to climb, sometimes topping 25,000 a year during the past decade. Also disturbing: The proportion of cases involving children ages 7 to 10 - most of them vaccinated - rose from less than 10 percent before 2006 to nearly 40 percent this year, according to the CDC.

The CDC said in July it was investigating whether or not increased rates were due to the vaccine wearing off earlier. Some concerning aspects of this year's outbreak in the U.S. were that rates of infected individuals were rising in 10-year-olds, decreasing in 11- and 12-year-olds and increasing again in 13- to 14-year-olds, Dr. Anne Schuchat, director of the National Center for Immunization and Respiratory Diseases, said during a conference call at that time.

For the new study, Dr. Nicola Klein and her colleagues at the Kaiser Permanente Vaccine Study Center in Oakland looked at children ages 4 to 12 who received their health care through Kaiser Permanente Northern California from 2006 to 2011. They compared 277 fully vaccinated youngsters who got whooping cough to similar, vaccinated children who didn't.

The researchers found that the risk of getting whooping cough increases by about 42 percent a year after a child's last dose of vaccine.

The shortcomings in the vaccine did not become apparent until recently when researchers had the benefit of several years of data uncorrupted by youngsters who received the old version.

Health officials have long recommended that children get vaccinated in five doses, with the first shot at 2 months and the final one between 4 and 6 years, and receive a booster shot at 11 or 12.

Now there's a growing consensus that something more needs to be done. Ideas include somehow pumping up the effectiveness of the vaccine or developing a new one. French scientists have been working on an experimental nasal spray vaccine.

Other ideas include administering the booster earlier than age 11 or adding another booster.

While some parents around the country have taken a stand against childhood vaccines, the outbreak is not being driven by unvaccinated children, according to the CDC. Most of the illnesses are in vaccinated youngsters, officials said.

Dr. Maxine Hayes, health officer for the Washington State Department of Health, said it is important that people not mistake waning immunity for flat-out ineffectiveness.

The vaccine is "still the best thing we have," she said. And vaccinated people who get whooping cough don't get as sick.

Omar Gonzalez of North Richland Hills, Texas, has become a believer in the vaccine, even though his fully vaccinated 11-year-old son caught whooping cough three years ago.

"Imagine seeing your son gasping for air," Gonzalez said. "This is really bad."

Gonzalez, who runs an investment company from his home, spent weeks caring for his son and then got sick himself.