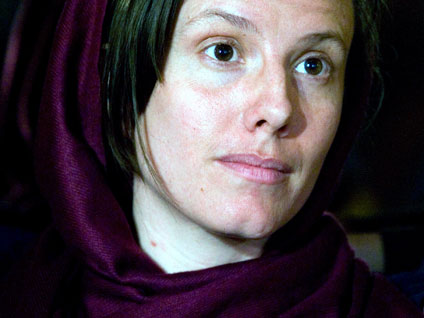 One of the three Americans arrested in Iran, accused of espionage, and held there for over a year was released Tuesday. Sarah Shourd, 32, is returning home via Oman following a week of contradictory statements from Iran about her possible release.

Among the central issues was Iran's demand for a half-million dollar bail payment.

Iranian president Mahmoud Ahmadinejad initially promised to release Shourd without condition as a goodwill gesture tied to the end of the holy month of Ramadan.

However, Iran's hardline judiciary quickly upstaged the president by saying it was in charge of the case and would set the rules - in the form of the largest known bail for any high-profile Westerner jailed in the past year. Shourd's family said it could not possibly afford the bail.

In releasing Shourd, Iran announced that the $500,000 had indeed been paid to Iran's Bank Melli in Muscat, Oman. If that's true, no one is saying who paid it.

A U.S. official told the Associated Press that that neither the U.S. government nor the families of the hikers paid the bail, but could not say who else might have paid it. Clearly both parties could have reasons to conceal their roles. The U.S. would not want to be seen making a large payment - ransom, essentially - to an officially recognized "state sponsor of terror." The hikers' families may have been bluffing in saying they couldn't raise the bail money.

But it's also very possible that the official who spoke to the AP was correct and that someone else - An anonymous donor? A foreign government? - paid up.

"There are transactions all the time between Iran and the rest of the world," State Department spokesman P.J. Crowley told reporters. "Some of them violate sanctions, others don't. But right now, our focus is on working as hard as we can to seek the release of all three of the hikers."