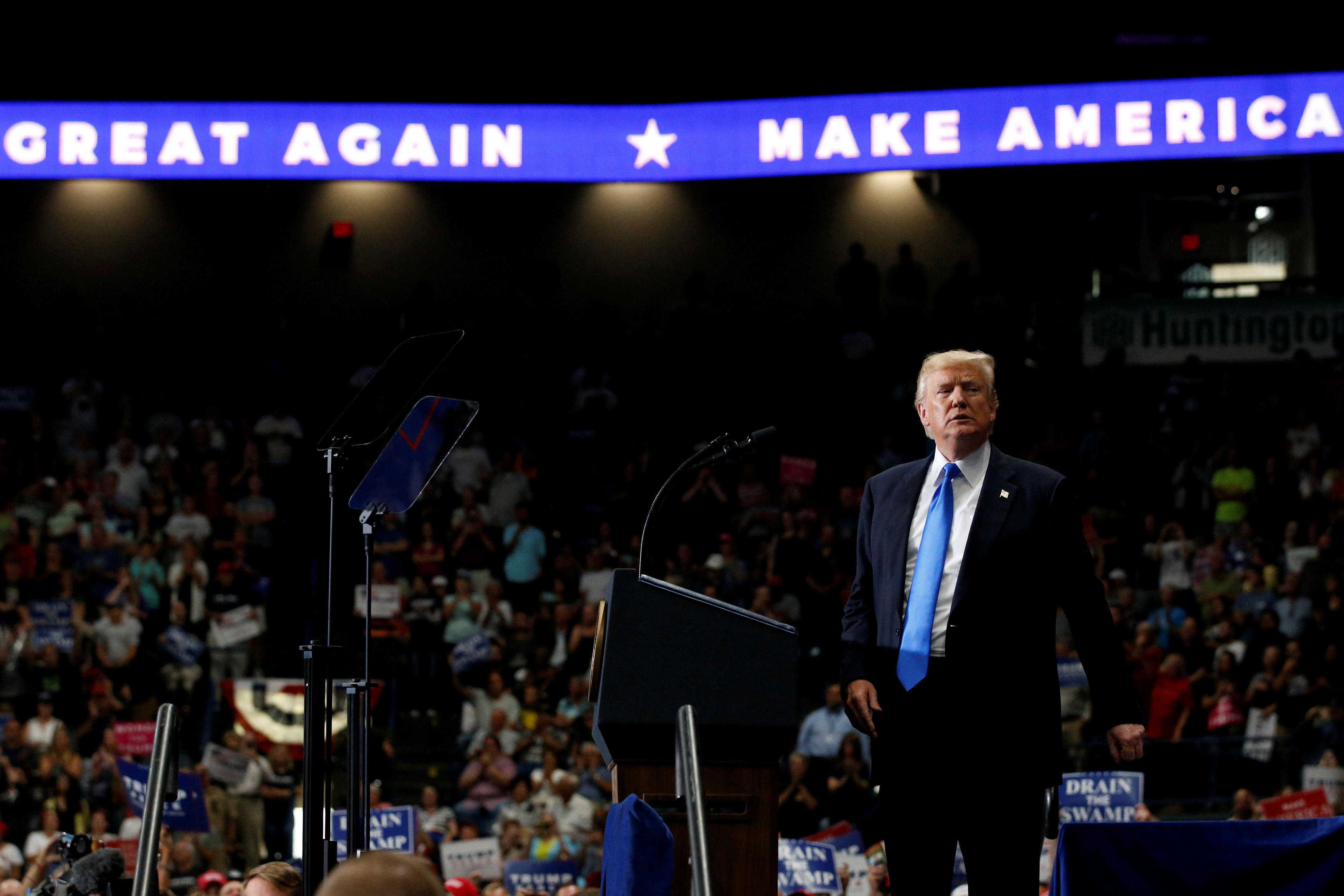 President Trump's support and opposition falls into four groups, as the CBS News Nation Tracker has shown over the course of the year. CBS News' polling unit has explored each group's attitudes and views on the president, and here we're taking a closer look at their demographics – who they are, and where we find them, using more conventional labels.

First, here's an overview: The president has both loyal backers ("I am a strong Trump supporter, period") whom we have labeled "Believers," as well as more transactional supporters who say he has to deliver what they want to keep their support. This second group we're calling "Conditionals."

Then there are the opponents who could turn into supporters if Mr. Trump reaches out to them. These we've labeled them the "Curious." Lately they have been trending away from the president, feeling that he has not earned their support. Finally, there are the "Resisters," who are the four in ten Americans saying they firmly oppose President Trump. Their numbers have grown slowly but steadily over the last six months.

Believers are President Trump's staunchest supporters and include almost one in five Americans. They tend to be on the older side, with three in four aged 45 or over a third 65 or over. A third are retired.

Believers are the least racially diverse group. Over eight in ten are white. Geographically, almost half live in the South, a region that went heavily for Trump in the election, and three in ten live in rural areas. About four in ten identify as born again Christians. These identities are important to them: in the most recent survey, this group is the most likely to feel that the President is fighting and standing up for their culture and way of life, and also working for people of their faith, as much as their economic class.

This sentiment is mixed with strong conservativism. Believers are most likely to call themselves "very conservative," and twice as likely to do so as other Trump supporters, more of whom call themselves "somewhat" conservative. Their conservatism extends into today's top policy debates. Believers are the least likely group to view health care as a right – most say health care is a service to be purchased like any other. (In the rest of the country, a three-to-one majority takes the opposite view, saying healthcare is a right that everyone deserves.) Their view seems to be based more on principle, as nearly half receive health insurance primarily through Medicare and Medicaid, the highest proportion in any group.

Conditionals currently support President Trump, but they say that he has to deliver what they want to keep them. This group makes up nearly a quarter of the public. They are similar to Believers in that eight in ten are white, and geographically, with a similarly sized plurality residing in the South and three in ten living in rural areas.

On the other hand, Conditionals tend to be younger than Believers are. Four in ten are under 45; only 21 percent are seniors. They are more likely to get their health insurance through an employer than through government programs. While more than a third identify as born again, they are overall less likely than Believers to say that religion is "very important" in their lives.

Conditionals tend to be more economically focused than culturally focused, which may partially stem from being younger and less religious. Younger adults face greater economic difficulties, such as unemployment and student debt, than older generations, according to recent research. Along these lines, Conditionals are less confident than Believers are that the American Dream is still achievable, and more likely to say circumstances and opportunities determine outcomes more than hard work and effort do. Only half say the economy is better than it was one year ago, compared to over eight in ten Believers. And three quarters say that if President Trump does not fix the economy, he would lose some or all of their support.

Conditionals are also much less likely than Believers to say that their culture and way of life have become safer since President Trump took office. They are more mixed on social issues like Mr. Trump's transgender ban in the military. They are warmer towards immigrants and more likely to describe their general viewpoint as "moderate".

The Curious are currently against President Trump but are willing to reconsider him if he does a good job. This group is approximately one sixth of the country. They are the youngest of the four groups, with 59 percent under 45 and almost a third under 30. They are also the least likely group to be covered by health insurance. By a large margin, they want to see Republicans and Democrats work together to improve Obamacare.

The Curious are also the most racially diverse of the four groups. Only half are white, with 17 percent Hispanic and 17 percent black. The non-white Curious feel that Trump does not speak for people like them and that, if anything, he is working against their racial group. The Curious are also the only group more likely to live in cities (four in ten do) than in suburbs or rural areas. A quarter live in the Northeast, and a fifth live in the West.

This group's demographic profile has political consequences. First, their diversity is associated with more positive views about immigrants – nearly half say immigration makes society better in the long run, and six in ten are opposed to a U.S.-Mexico border wall. They also feel warmer towards Muslims than either group of Trump supporters.

Second, the relative youth of the Curious likely contributes to their lack of partisan loyalty and political engagement. They are the least likely group to have voted, with more than half doubting the efficacy of voting ("Whoever you vote for, things go on pretty much the same"). This group is also the only one in which a majority feel that political opponents nonetheless share many other values and goals. They are less polarized, leaving them more in play politically, and possibly more open to supporting Trump. They are largely self-described "moderates" and more than half would consider voting for a Republican in 2018, though probably someone independent from Trump, rather than someone in line with him.

Resisters, who are strongly against President Trump, are by far the largest group, comprising more than four in ten people nationwide. Like the Curious, they tend to be racially diverse and young. Over half are under 45, over a quarter under 30. They also have the most women of any group, at 56 percent female. Like the Curious, many of them are in cities, but more live in the suburbs. Only a third live in the South – the lowest proportion of any group – with the rest evenly spread out between the Northeast, Midwest, and West.

Unlike the Curious, Resisters are politically engaged and much more polarized. More than any other group, they rely on newspapers for political news and information. More than half have shared their political opinion on social media, such as Facebook and Twitter. Half call themselves "somewhat" or "very" liberal, which is twice as high as the national average. And eight in ten say that political fights today are a fundamental matter of how our democracy works.

They primarily receive health insurance through Medicare or Medicaid, and one third are covered by an employer. Nearly six in ten report having a preexisting condition. Nearly nine in ten view healthcare as a right that everyone deserves.

People's financial situation bears little on which of the four groups they identify with. In terms of family income, for example, Believers and Resisters are not so different, nor are Conditionals and the Curious. There is a bit of a difference in terms of formal education, with the Believers and Conditionals being less likely than the Curious and Resisters to hold a college degree.