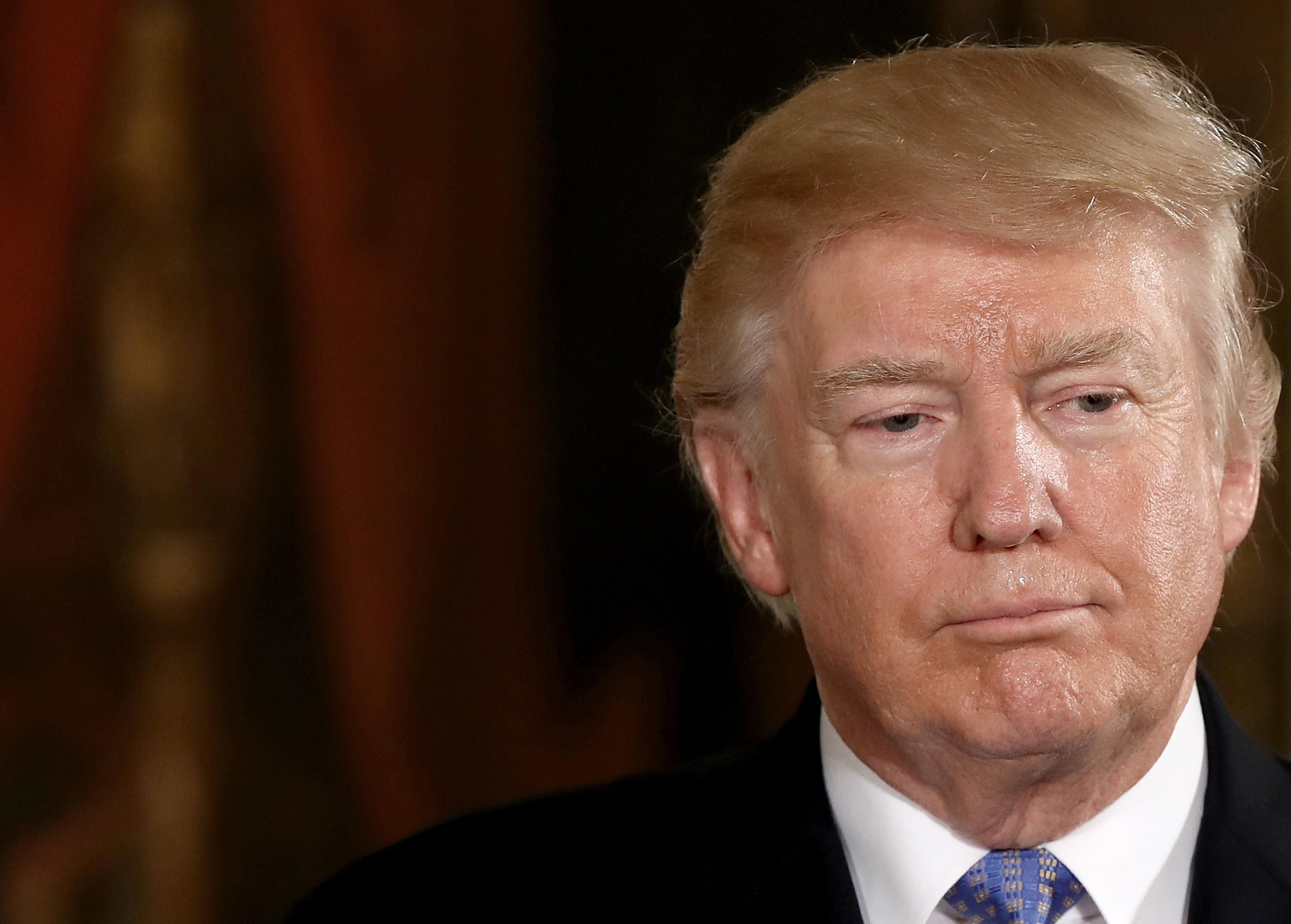 Six months in, President Donald Trump's strongest backers like seeing him fight his chosen opponents: they want the president to call out those he believes disloyal, do even more to make Democrats mad, fight with the mainstream media, and feel he's taking on "people who deserve it."

But the combativeness they applaud seems precisely what most others dislike. And that -- along with declining personal evaluations -- is costing the president potential support, even as many give him credit for an improving economy, according to a new Nation Tracker poll released Sunday.

The president's overall ratings on the metrics of being "presidential" and "effective" remain down, and today many of his softer and would-be supporters feel he creates unnecessary "conflict and drama," and most of his detractors -- and most Americans overall -- describe what they see from the White House as "chaos."

The big gaps between the groups are defined by very different personal ratings of the president and how he's handling himself in office. And things could become even more intractable: those on the furthest ends -- the strongest backers and strongest opponents – are more likely to strongly believe their way of life is at stake.

President Trump's most ardent backers -- who call themselves supporters, period, and whom we've labeled Believers since the start of this ongoing panel study -- remain connected and loyal to the president by what seems a deep cultural and personal link, feeling he "fights for people" like them and speaks in a way they can relate to.

They're the only group, among the segments in this study, where a majority wants the president to do more tweeting. A majority of these Americans describe what they're seeing from the White House as "great" and overwhelmingly feel the country, and their culture, are safer now.

Their loyalty -- which they say the president deserves -- is to Donald Trump over other political parties and labels like conservative or Republican.

But this core base has shrunk a bit as it intensifies -- down now to 18 percent from the 22 percent where it started in February. They like him both personally and politically, but softer supporters do not.

In a signal of how much culture and national issues may matter to the Believers even over their own finances, they are more likely to say the nation is safer and the borders are more secure than to say their own economic situation has improved under this president. Demographically, they are also much older than other support groups.

Conditional supporters -- who back him but say he must deliver what they want -- are still with the president, but increasingly call him distracted, and much less likely to call him effective than they were this spring, and less likely than believers to think he's gotten things done so far, though most do.

They're more apt than believers to say Mr. Trump is starting unnecessary conflict and drama. They want to see less fighting and "taking on" other groups, and more of Mr. Trump working across the aisle; more focus on policy items like infrastructure.

Most of them do not think the "swamp" is being drained.

What keeps them attached? They're attached to his policies -- which they like -- more so than to the president, personally.

But despite the critiques they also say they remain patient -- in fact, patience is one thing that distinguishes "conditionals" from other people who don't want the fighting but who've now become curious opponents. And most are rooting for him to succeed.

They give the president credit for the economy. The question for them, it seems, is whether they'll ultimately get all they want. The people who started in February as supporters, but have drifted away to become curious opponents today, say things have gone worse than expected so far.

Opponents who are potential supporters -- we've labeled them curious because they say they still might consider the president, but are not with him now -- say they are neither rooting for nor against him at this point. They disapprove of him personally, because they feel he isn't making their own prospects any better. They're more likely to describe themselves as growing impatient than being out of patience yet. Personal views of the president take a big downward turn as people go from Conditional supports to curious opponents.

The curious cite Mr. Trump's own personal behavior and comments as the main reason they are against him, far ahead of not keeping his promises. For them his rating on being "presidential" has declined five points from May.

Most don't think he's gotten any meaningful policy things done, and this dovetails with their description of him as distracted.

Like both supporters and opponents of the president, they want to see him negotiate with Democrats more. The curious are more likely to call themselves independent than to align with either of the two major parties. Importantly, most also did not vote in the 2016 presidential election.

As the ranks of the curious have declined during the course of the administration (one might now even label them skeptical) those who have left have become resisters, not supporters.

Those who moved into the resister ranks since February describe what they see as "frightening" and "chaos." Back in February, they said they would decide whether or not to support the president in part by how he handled himself in office. Today, they voice a strong dislike of President Trump personally.

Health care may have had some impact on all this. Those who disapproved of the president's handling of health care overwhelmingly felt he was not fighting for their economic interests, more generally.

Finally, the ranks of his staunchest opponents -- who we call resisters in this study -- have grown, due in part to former supporters who describe themselves as out of patience, and those in this group overwhelmingly (three in four) call what they're seeing "frightening" -- a sentiment that may, in turn, be exactly what the core supporters want them to feel.

Most resisters – eight in ten - at least somewhat believe the fundamental matter of how the country's democracy works is at stake today, the highest of any group.

They are also distinguished from curious by their desire for what will happen. Believing so much is at stake, nine in 10 resisters are hoping President Trump does not succeed, because they think the country will be better off if he didn't accomplish what he wants to.

The main reason resisters say they are against Mr. Trump is that they feel he's harming the country and its democracy – more than two-thirds do - which is different from the curious, who point to Trump's personal behavior as the reason they oppose him.

They don't see much outreach from the president. Nearly all of the resisters don't think the president speaks for them. And they don't see him as fighting for people like them. Two-thirds of them say the first six months of the Trump presidency is worse than they expected -- far higher than the less than half of the curious who say that. They see Mr. Trump as temperamental and even dangerous.