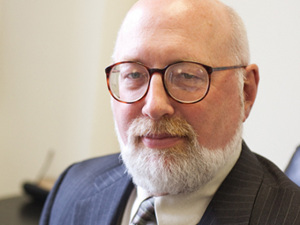 (CBS) BOSTON -- A lawyer for reputed mob boss James "Whitey" Bulger is drawing fire from prosecutors for comments he made to the media Thursday praising the jury, which is in its fourth day of deliberations.

The case was turned over to the jury shortly before 11 a.m. Tuesday after more than seven weeks of testimony. Friday marked their fourth day of deliberations.

Prosecutor Brian Kelly on Friday brought to court a copy of a story in the Boston Herald, in which defense attorney J.W. Carney Jr. is quoted, WBZ Boston reports via Twitter.

"[The jury has] taken their constitutional role with great seriousness and are clearly looking closely at the evidence and evaluating the validity of witnesses," Carney is quoted as saying in the Herald story. "The longer the jury stays out, the more it shows us they are as conscientious a jury as I have ever seen. And I know the prosecutors believe that and the judge believes that."

Kelly asked the judge to admonish Carney for the statements, calling them "an obvious attempt" to influence the panel of 12.

Carney says he was making a "neutral" comment. Judge Denise Casper did not take any immediate action. She took the copy of the story with her into her chambers, WBZ reports.

According to reports, Carney on Thursday took of his shoe and showed his purple-painted toenails to reporters, telling them he's been getting pedicures ever since receiving a gift certificate from his daughter.

Kelly referenced that in his statement to the judge, saying that it was fine if Carney wanted to talk about his strange habits with the media, but that he shouldn't discuss the trial, WBZ reports.