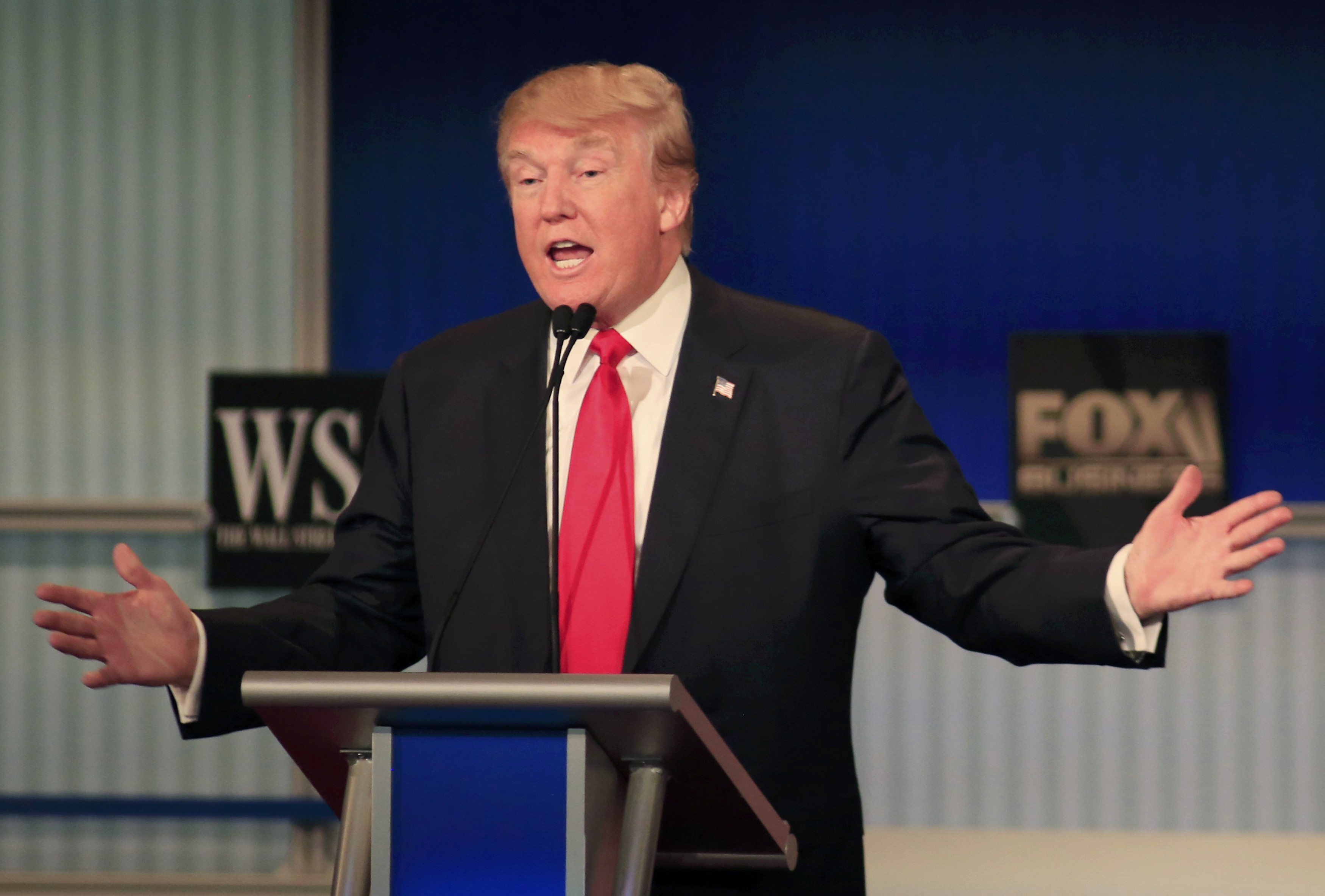 White supremacists are applauding Donald Trump's latest remarks about how feasible it would be to deport 11 million illegal immigrants living in the United States.

Identical blog posts were published on the white nationalist websites vdare.com and the white supremacist website dailystormer.com that approved of Trump's allusion during Tuesday night's debate to President Eisenhower's deportation plan during the 1950s.

"This represents a milestone in the immigration debate. At a stroke, Trump demolished the argument that deporting illegals is not feasible. The only question now is whether we have the will to do it," James Kirkpatrick wrote in the blog post.

On the night of the fourth GOP presidential debate, the president of the white nationalist National Policy Institute tweeted, "Operation Wetback, f*** yeah!"

Other white nationalists and white supremacists have also weighed in and have praised Trump's comments, according to Buzzfeed.

They were referring to Trump's remarks at the debate when he defended his immigration vision by alluding to President Dwight Eisenhower's deportation plan known as "Operation Wetback," though he didn't specifically mention its disparaging name.

The operation began in the mid-1950s when border patrol agents rounded up Mexican immigrants who were in the U.S. illegally and sent them back to Mexico. While Trump claims 1.5 million people were deported, many believe the total to be exaggerated and that it might have been in the hundreds of thousands.

In an interview with "60 Minutes" in September, Trump referred to Eisenhower's plan and said he would implement a "humane" deportation program.

This isn't the first time white nationalists have had a positive reaction to Trump.

The Southern Poverty Law Center (SPLC) tracked the level of support over the summer and found a number of white nationalists and white supremacists were already expressing support for Trump.

Jared Taylor, a founder of the white nationalist journal American Renaissance, praised Trump for his views on Mexicans.

"Americans, real Americans have been dreaming of a candidate who says the obvious, that illegal immigrants from Mexico are a low-rent bunch that includes rapists and murders," Taylor said in a video, according to the SPLC.

Trump came under fire when he launched his campaign in June because he called Mexican immigrants "rapists."