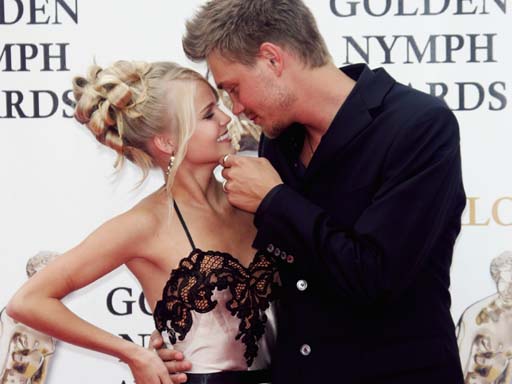 Wednesday was a day when President Bush should have been on top of the world, reports CBS News Chief White House Correspondent John Roberts, after the Senate passed his 11-year, $1.35 trillion tax cut.

Instead, behind the scenes, the White House was reeling from the biggest political stumble since Mr. Bush took office four months ago: Vermont Sen. James Jeffords' decision to bolt the Republican Party to become an independent, throwing control of the Senate over to the Democrats.

Even Republicans concede it's a major setback.

"There's no question this shouldn't have happened," said GOP strategist Scott Reed. "And the blame game has begun. The fingers are being pointed and unfortunately it's going to set the White House back."

With Jeffords' departure, the president's legislative agenda will now be filtered through a Democratic lens. Ironically, says Democratic pollster Harrison Hickman, that could be a good thing politically for Mr. Bush.

"It may end up helping George Bush," Hickman says. "He may be forced to govern from the middle in a way that he wouldn't have had he been able to keep control of the Senate."

Where the new balance of power may affect the president most is in his judicial nominations. Democrats had already geared up for a fight over two conservative judges. Without control of the all-important Judiciary Committee, Mr. Bush may need to rethink future nominations.

Energy policy will also likely shift, with more emphasis given to conservation and renewable energy. And the price tag of the president's education plan will probably be bigger than he wants.

"Right now, I guess President Bush will get his two primary objectives, the tax cut and the education bill, and nothing else," conceded Sen. Robert Bennett, R-Utah.

Click here for an inside look at the 107th U.S. Congress.
With a 51-49 minority, Republicans would still have a strong voice in what he Senate does and does not do. They would remain well-positioned to build majorities by luring handfuls of moderate Democrats and could always kill whatever they wish with filibusters, which require 60 votes to halt.

"It's certainly an impediment, but it's not the end of the world," said Nicholas Calio, the White House's chief lobbyist in Congress, "because quite clearly, there are Democrats willing to work on a bipartisan basis. The game's the same."

Even so, new Senate Majority Leader Tom Daschle, D-S.D., would have the power to decide what the chamber will debate and when. And the Democrats' new roster of committee chairmen — likely to include Jeffords as head of the Environment and Public Works panel — will control their agendas as well.

Mr. Bush will also need to walk the walk on his promise to change the tone in Washington, says Reed.

"Washington will be redefined in the next 24 hours, with George Bush and Tom Daschle being the two marquee players," he says. "And he needs to rethink how he's working with Democrats, and give and take a little."

The White House put its best spin on the prospects of losing the Senate Wednesday. America is accustomed to split government, administration officials declared. They also dismissed the notion that Jeffords felt slighted by the White House.

As for efforts in the next few hours to keep him on board, officials said they don't know what more they can do than Tuesday night's half-hour meeting in the Oval Office with the president.