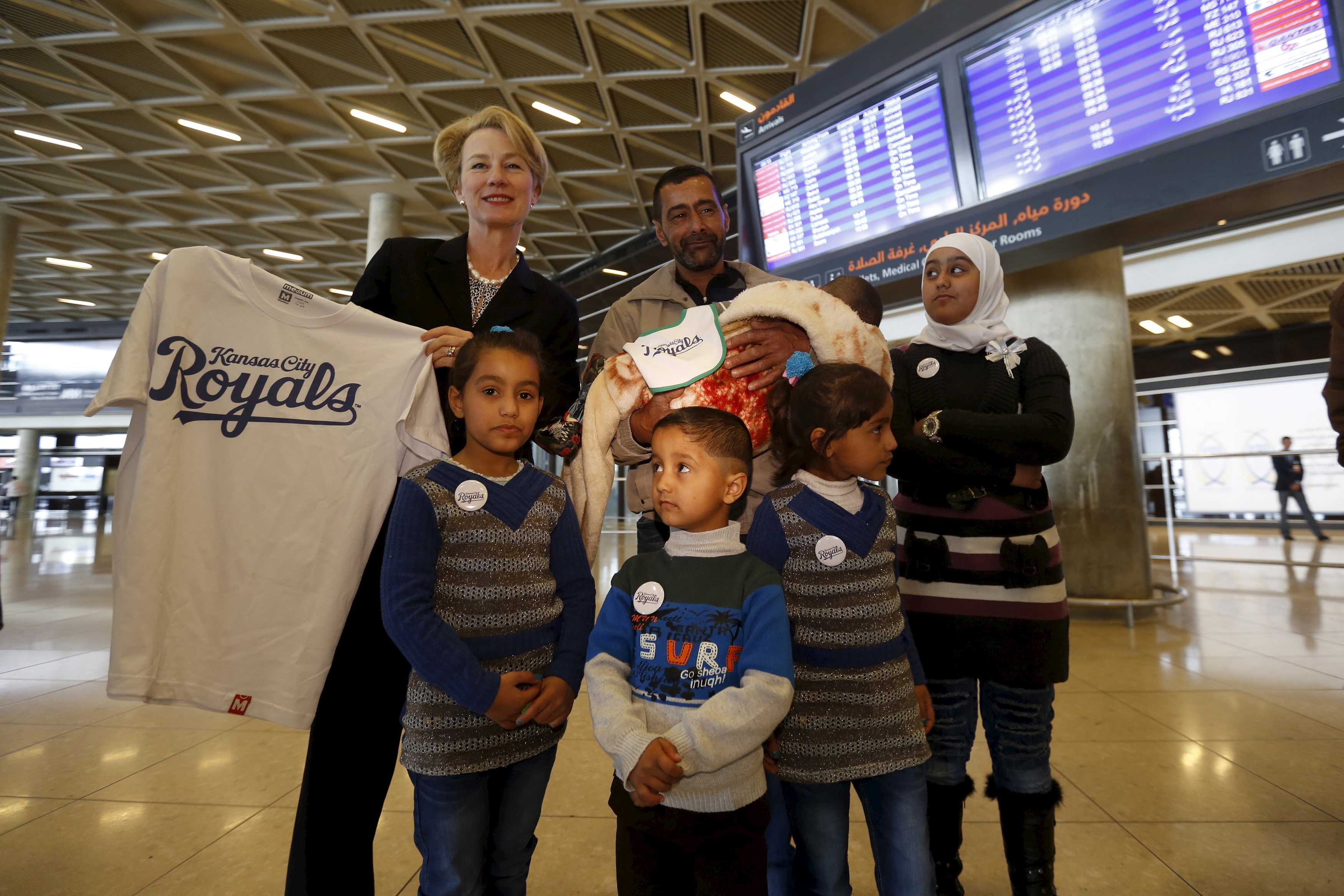 The White House will reach its goal, articulated a year ago, of taking in 10,000 Syrian refugees into the U.S. on Monday afternoon.

A plane carrying the refugees has departed Jordan and will soon land in the U.S., CBS News’ Margaret Brennan reports.

“Today, I am pleased to announce that we will meet this goal more than a month ahead of schedule. Our 10,000th Syrian refugee will arrive this afternoon,” National Security Adviser Susan Rice said in a statement.

Between last October and the end of this September, the U.S. is expected to admit a total of at least 85,000 refugees, Rice said, including from countries like Burma, Democratic Republic of the Congo, El Salvador, Iraq, Somalia, Ukraine, among many others.

President Obama said last year that would admit 10,000 Syrian refugees by the end of the fiscal year. Monday’s announcement means the White House attained its goal a month ahead of schedule, an achievement due at least in large part to a surge of State Department and Homeland Security officials deployed to the Middle East to help process a backlog of applications. The 10,000 are a significant increase over the 1,500 the U.S. was on track to admit in 2015.

An overwhelmingly majority of the refugees, 80 percent, who have already resettled in the U.S. are women and children under the age of 18, according to the State Department. Data also shows that 96 percent of the refugees are Muslim.

U.S. officials say that the refugees have gone through extensive vetting, which not only involved numerous interviews but also intelligence-driven vetting and reviews of their social media accounts. The average review took more than a year and a half to complete. The names of the refugees were run through Pentagon, State Department, FBI and other agency databases, Brennan reports.

The news comes as Donald Trump continues to slam the president’s and Hillary Clinton’s immigration policies, especially in relation to Syrian refugees. Trump has in the past compared Syrian refugees to snakes and he has advocated a plan to block people from entering the U.S. from countries with ties to terrorism.