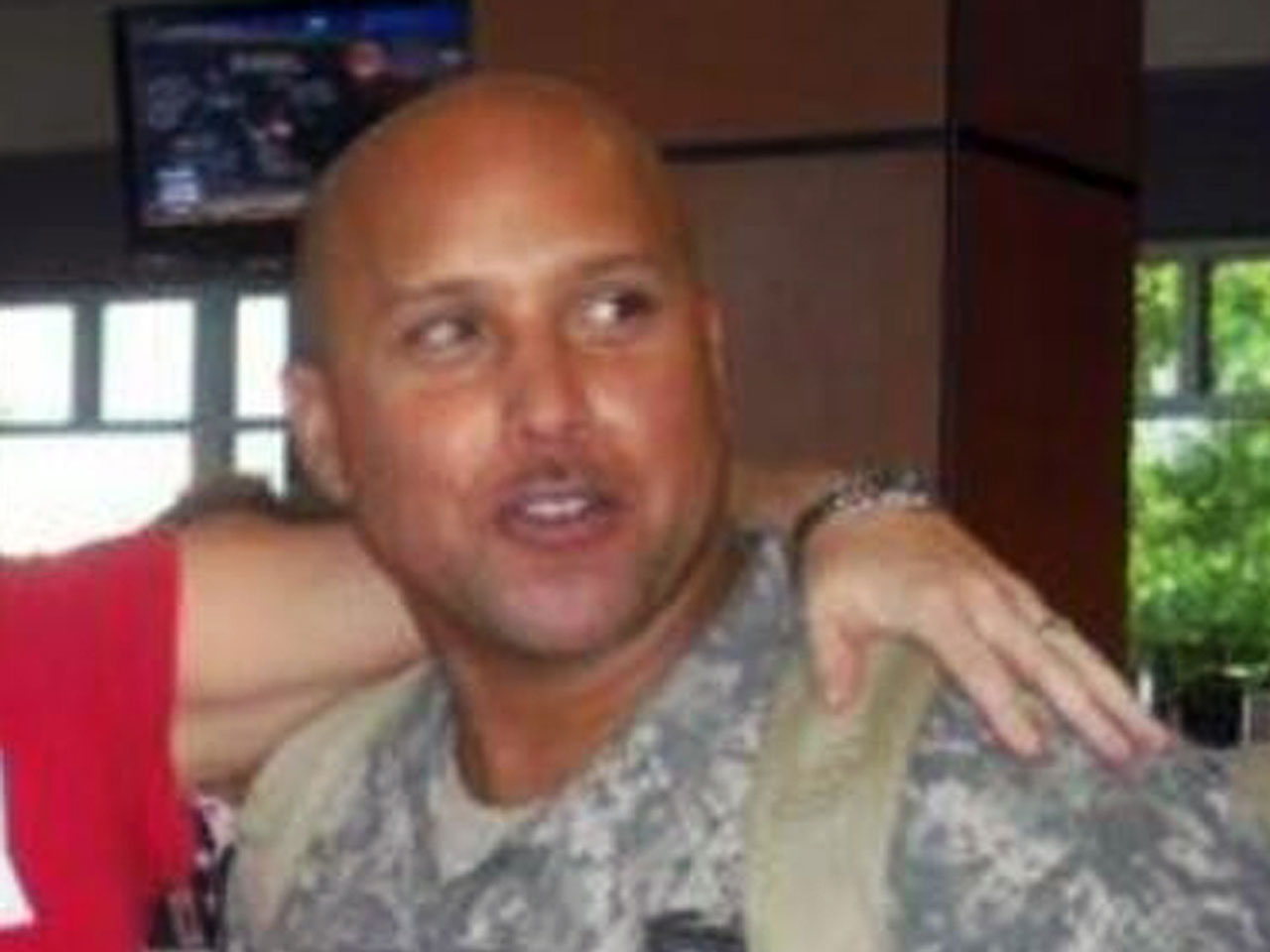 WASHINGTON - The former stepson of a man accused of sneaking into the White House said the Iraq war veteran owns "plenty of firepower" that he could have brought with him if he meant any harm.

Omar Gonzalez is expected to appear in court Monday to face charges of unlawfully entering a restricted building or grounds while carrying a deadly or dangerous weapon - a knife in this case.

Jerry Murphy, whose mother was married to Gonzalez for several years, said Gonzalez suffers from post-traumatic stress disorder and that he needs treatment, not to be treated like a criminal.

He said Gonzalez has been driving around the country and living out of his truck for the past couple of years, and that he always carries his knife.

"I know he's got heavy artillery, you know? He's got all kinds of weapons and he was trained to use them," Murphy said. "I believe if he wanted to make a scene or cause problems, he very well could have. But it's clear that he didn't."

Officials have said Gonzalez was awarded a medal for his service in Iraq and retired due to disability.

The 42-year-old from Copperas Cove, Texas, served from 1997 to 2003, when he was discharged, and then again from 2005 to December 2012, when he retired. The military does not provide details about a soldier's disability due to privacy considerations.

Gonzalez's military records indicate he served in Iraq from October 2006 to January 2008. He was awarded several medals for his service, including three Army Commendation Medals and an Expert Marksmanship Badge.

But Samantha Bell, who is Gonzalez's ex-wife and Murphy's mother, said Gonzalez was honorably discharged for medical reasons and suffered from plantar fasciitis on his feet, on which he had had some surgeries.

She said he also suffered from PTSD, for which he had been prescribed several medications. Bell said she and Gonzalez married in 2006 and lived together in Copperas Cove, near Fort Hood, until she split up with him in 2010 because of his worsening mental condition.

After his second tour in Iraq, Gonzalez began carrying a .45 on his hip at all times and kept three or four rifles and shotguns behind the doors in their home, said Bell, who remarried and now lives in southern Indiana. She said Gonzalez kept the blinds drawn and would repeatedly go downstairs during the night to make sure the doors were locked and the oven was off.

She said she once woke up in the middle of the night to find Gonzalez standing at the foot of the bed and staring at her. She said he told her he was simply watching her sleep.

"It was really odd and I didn't know how to take that," she said. "I just couldn't deal with it. I didn't want to deal with it, I couldn't - that's the whole reason I left. He was so paranoid he was starting to make me paranoid."

Murphy said his family doesn't know how to get in touch with Gonzalez since his arrest and that the Secret Service hasn't been any help in that regard. Bell said she wishes she could speak to her ex-husband's attorney so she could fill him in on Gonzalez's long history of mental issues.

"Omar is a good guy, he's just got some issues that he needs help with. I think this is a cry out for help, what he's done. He really does need help. I just hope he can get it." Bell said she last spoke to Gonzalez about a month ago when she called him to tell him she could send him papers showing that their divorce had been finalized. "He said 'Go ahead and hold onto them because I don't have a permanent address right now.' He said he was doing some traveling and I said, 'OK,'" she said.

Bell said she had never heard Gonzalez speak about the "falling atmosphere" that he reportedly wanted to warn the president about, but that he had said in the past that he had been poisoned and that their phone calls were being monitored.

President Obama and his daughters had just departed the White House on Friday evening when Gonzalez scaled the north fence, darted across the lawn and into the presidential residence, where agents nabbed him. The security breach triggered a rare evacuation of much of the White House, with Secret Service officers drawing their guns as they rushed staffers and journalists out a side door.

The Secret Service has come under heavy criticism because of the incident.

The incident was "absolutely inexcusable," Rep. Peter King said Sunday, adding he's "sure" that Chairman Michael McCaul, R-Texas, will set a hearing to determine how the incident Friday occurred under Secret Service's watch. It's just the latest in a series of embarrassing slip-ups that have exposed glaring deficiencies in the agency's protection of the president and the first family.

Officials originally suggested the reason agents didn't shoot the suspect, Omar Gonzalez, as he sprinted across the lawn or release guard dogs to detain him was because he appeared unarmed.

"He could have had a body bomb; he could have a vest on," King said. In fact, Gonzalez was carrying a two-and-a-half-inch folding knife with a serrated blade in his right front pocket.

In 2012, more than a dozen agents and officers were involved in a prostitution scandal during President Obama's trip to Cartagena, Colombia. And in March this year, three Secret Service agents were sent home from Amsterdam ahead of a presidential trip there after anepisode involving public intoxication.

Late Saturday, the White House released a statement reiterating Mr. Obama's "full confidence" in the agency and promising a "thorough review of the event on Friday evening."