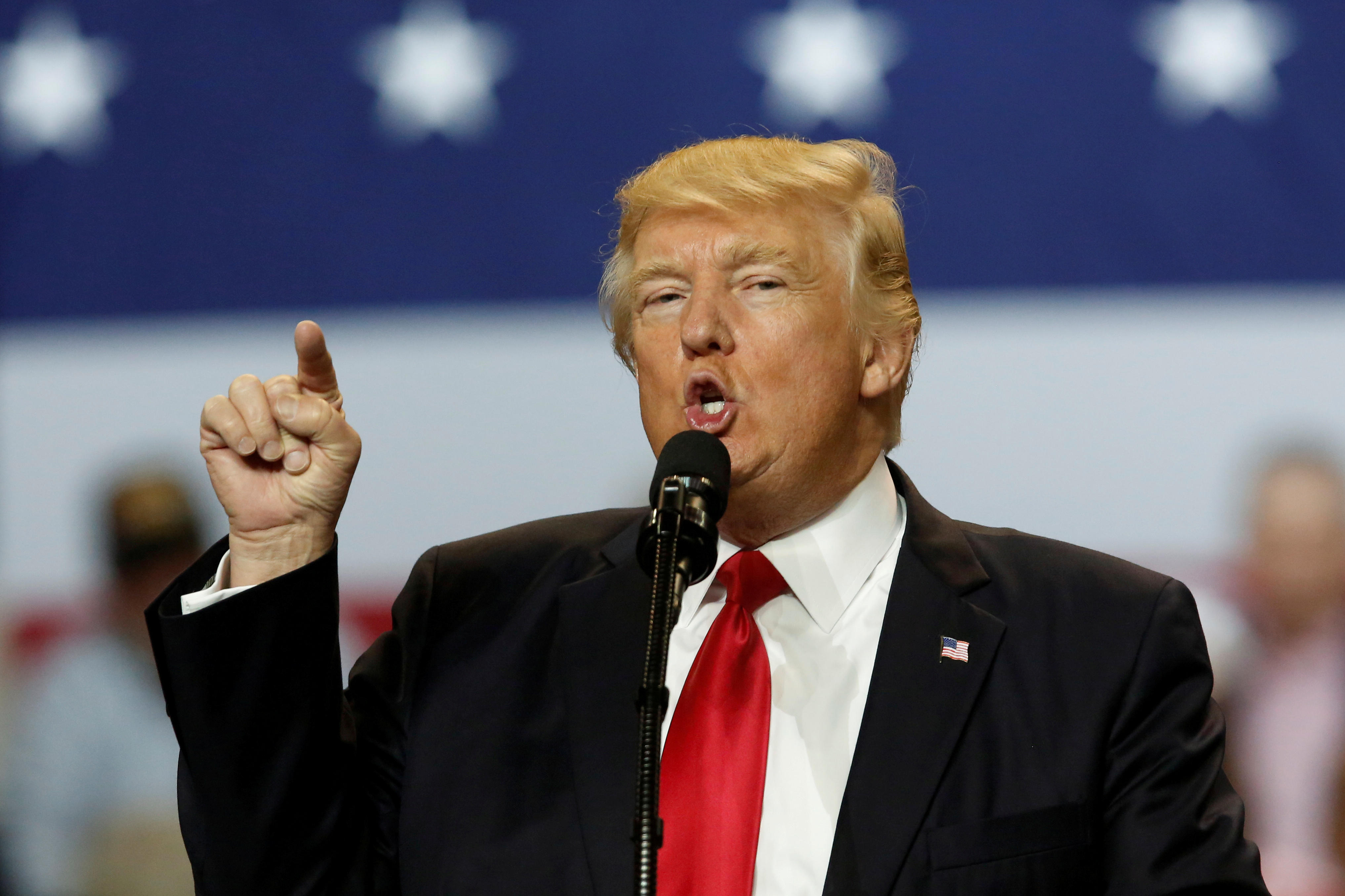 That means there's a 37 percent gender pay gap that favors men in President Trump's White House-- a disparity that is over triple what it was in the Obama White House (11 percent), according to a report from the American Enterprise Institute. With this in mind, a woman working for Mr. Trump earns 63.2 cents per every $1 earned by her male co-worker.

On the national scale, women earn 80 cents for every dollar that men make in terms of median annual pay, according to the National Partnership for Women and Families. This number is even lower for women of color -- African American women are typically paid 63 cents and Latinas are paid 54 cents for each dollar earned by a white, non-Hispanic man.

The president currently has 374 employees -- 176 women who make up 47.1 percent of the staff, and 198 men, accounting for the remaining 52.9 percent. Out of the top 101 highest-paid employees at the White House, nearly three out of four are men. By contrast, six in ten of the 102 the lowest-paid Executive Office employees are women.

"Women in the United States still do not always receive equal pay for equal work," Obama said in a statement on the last Equal Pay Day of his presidency. "When women are paid less for doing the same jobs as men, it undermines our most fundamental beliefs as Americans."

Mr. Trump has yet to make significant attempts to shrink the gender pay gap. In fact, just eight days ahead of Equal Pay Day this year, he signed an executive order that revoked the Obama-era 2014 Fair Pay and Safe Workplaces order. The measure required federal contractors to provide workers with a breakdown of their paycheck, allowing for more wage transparency, in addition to requiring these companies to disclose any alleged labor violations, which in turn helps protect against any workplace Title VII violations, including sexual harassment, assault or discrimination. Mr. Trump's executive order effectively undoes these protections.

However, it is noteworthy to mention that his eldest daughter and White House adviser Ivanka Trump has spoken out in favor of equal pay, and unlike her father, acknowledged the feminist holiday in a Tweet.

She has also brought attention to related issues, such as paid family leave, which she advocated for recently in an Wall Street Journal op ed.