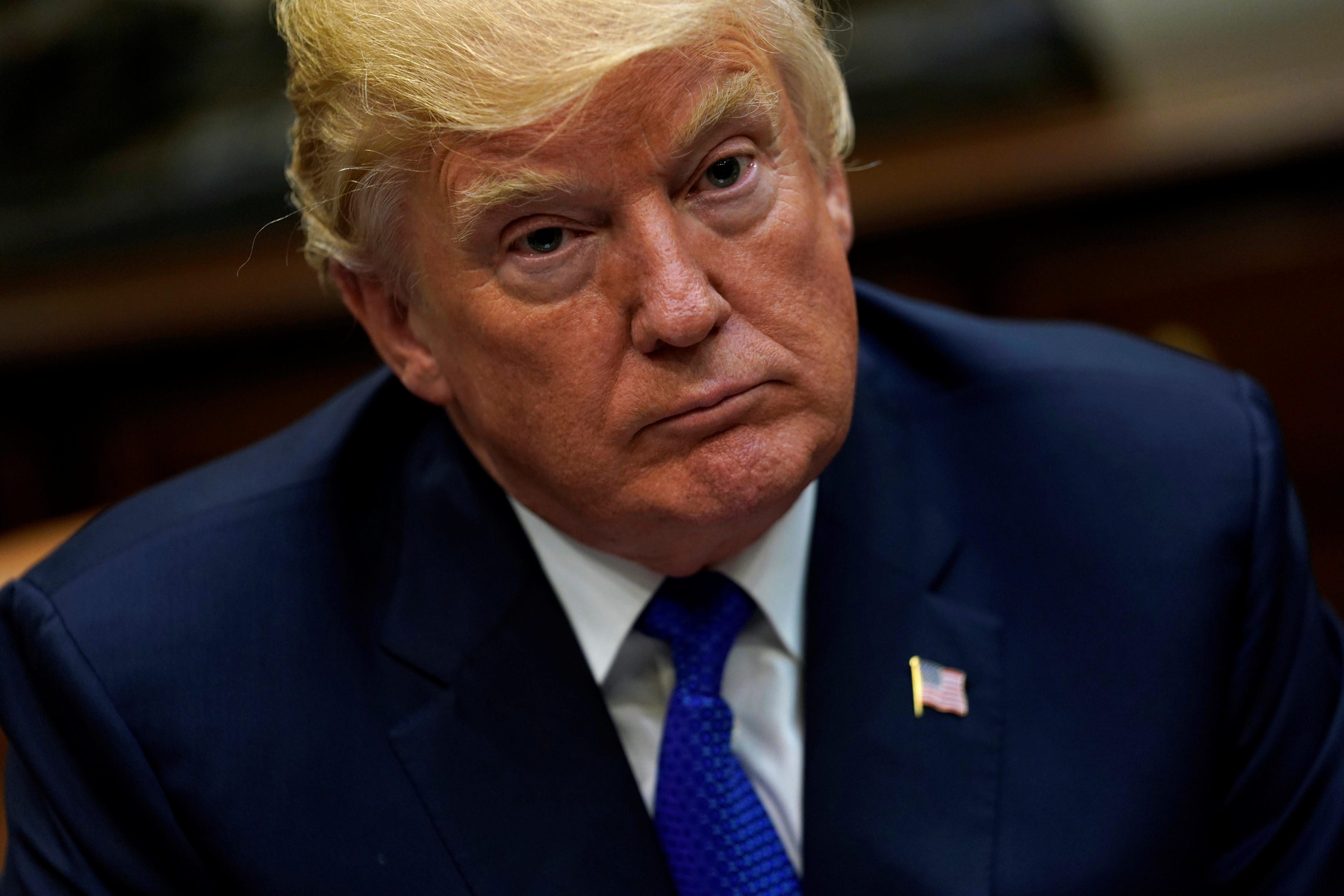 White House deputy press secretary Raj Shah on Wednesday defended the president's decision to retweet anti-Muslim videos from a far-right British account by saying the president has consistently prioritized national security, including through his travel order.

The response to a reporter's question aboard Air Force One undermines the government's repeated argument to challenges against its various travel ban versions that the ban had nothing to do with religion. In the past, courts have shot down previous versions of the travel ban because the ban was perceived as discriminatory based on religion.

"Does President Trump think Muslims are a threat to the U.S.?" a reporter asked, in light of the president's early-morning retweets.

Shah said, "The president has addressed these issues with the travel order that he issued earlier this year, and the companion proclamation. There are plenty of Muslim-majority nations whose citizens can come to the U.S. without travel restrictions. But those that pose public safety or terrorism threats, for our worldwide security review that was overseen by the Department if Homeland Security, is why there were certain travel restrictions put in place," Shah responded.

The White House transcript said Shah said "No," before adding the president has addressed these issues, although that was not picked up by audio.

Asked repeatedly in various ways about the retweeted videos, Shah continued to emphasize the president's focus on national security over the course of years. The president will talk about that focus in tweets and speeches, he said.

Shah said he wasn't sure if the president was aware of the source of the tweets.

Shah also shot down a New York Times story that reported Mr. Trump has privately doubted the authenticity of the "Access Hollywood" tape in which he discusses grabbing women by their private parts, even though Mr. Trump apologized for saying such things last year. The New York Times also reported aides said the president has used behind-doors conversations to revive the debate over the authenticity of former President Barack Obama's birth certificate.

"On the New York Times story there are a number of inaccuracies in that report," Shah said. "Each of the issues that it brings up the president for quite some time now has addressed. Nothing has changed on his views."

When asked what the inaccuracies are, Shah would not elaborate, only adding again that the views of the president and his staff have not changed from the 2016 campaign.