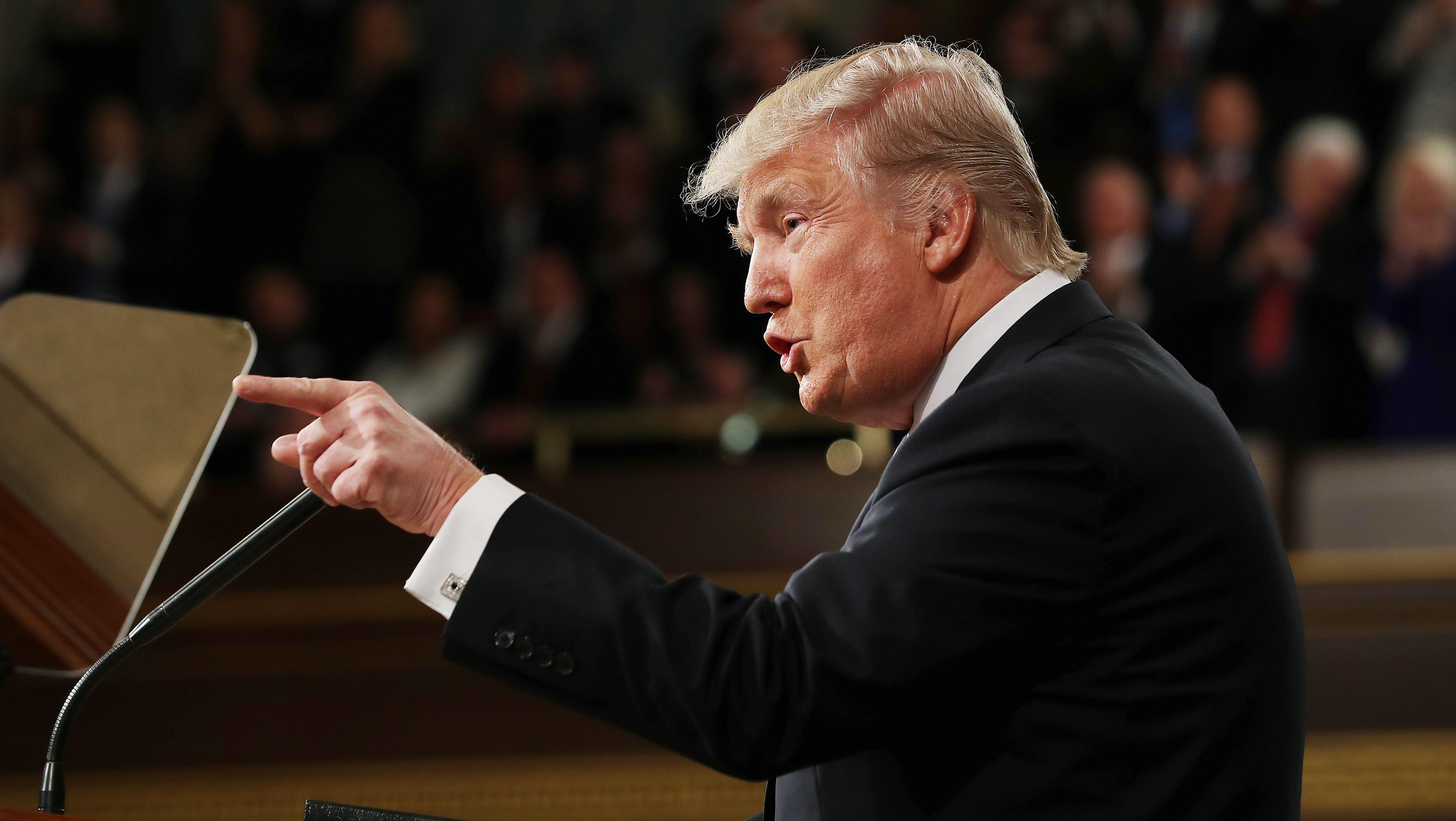 More than 24 hours after President Donald Trump tweeted accusing former President Barack Obama of wiretapping Trump Tower, the White House issued its first response -- and is calling for an investigation into the previous administration’s surveillance activities.

“Reports concerning potentially politically motivated investigations immediately ahead of the 2016 election are very troubling,” read a statement from White House Press Secretary Sean Spicer issued Sunday morning. “President Donald J. Trump is requesting that as part of their investigation into Russian activity, the congressional intelligence committees exercise their oversight authority to determine whether executive branch investigative powers were abused in 2016.”

On Saturday morning, Mr. Trump sent out a flurry of tweets claiming, with no evidence, that Obama ordered a wiretap on him at Trump Tower during the lead-up to the 2016 election. He called the alleged action “Nixon/Watergate,” saying Obama is a “bad (or sick) guy.”

The claim had been floating around conservative media in recent days, including from conservative radio host Mark Levin and Breitbart News, which may explain how Mr. Trump first encountered this topic. An Obama spokesman responded Saturday afternoon, calling the claims “simply false” and saying that “neither President Obama nor any White House official ever ordered surveillance on any U.S. citizen.”

Spicer’s statement also indicated that Mr. Trump, who sent off a flurry of tweets on this subject early Saturday morning, will not say anything further about it.

“Neither the White House nor the President will comment further until such oversight is conducted,” the statement read.

Administration officials are defending the president on the Sunday shows, too. Asked about the president’s sources on ABC’s “This Week,” deputy White House Press Secretary Sarah Huckabee Sanders said Mr. Trump is “going off information that he’s seen that has led him to believe that this is a very real potential.”

“He’s made very clear what he believes, and he’s asking we get down to the bottom of this,” she said. “Let’s get the truth here.”

Across the Sunday shows, Mr. Trump’s allegations -- and the way in which they were delivered -- drew criticism.

Former Defense Secretary and CIA Director Leon Panetta told CBS’ “Face the Nation” that the Trump administration lacks discipline and is “paying the price” for it, adding that Mr. Trump’s tweets make the country “vulnerable.”

“Every time these things happen, every time he tweets, every time these issues come up that indicate that there’s obviously something to this Russian issue and the administration is not cooperating -- when that happens, when he accuses a past president of wiretapping without any evidence of that being the case, it makes us vulnerable,” he said. “It weakens the United States and it makes us vulnerable to our enemies. That’s the danger.”

And Sen. Mark Warner (D-Virginia), the vice-chairman of the Senate Intelligence Committee, told “Face the Nation” that Mr. Trump’s wiretapping tweets were “reckless.”

“I thought the president’s comments could no longer surprise me, but boy this one yesterday surprised me,” Warner said. “To make that type of claim without any evidence is I think very reckless.”