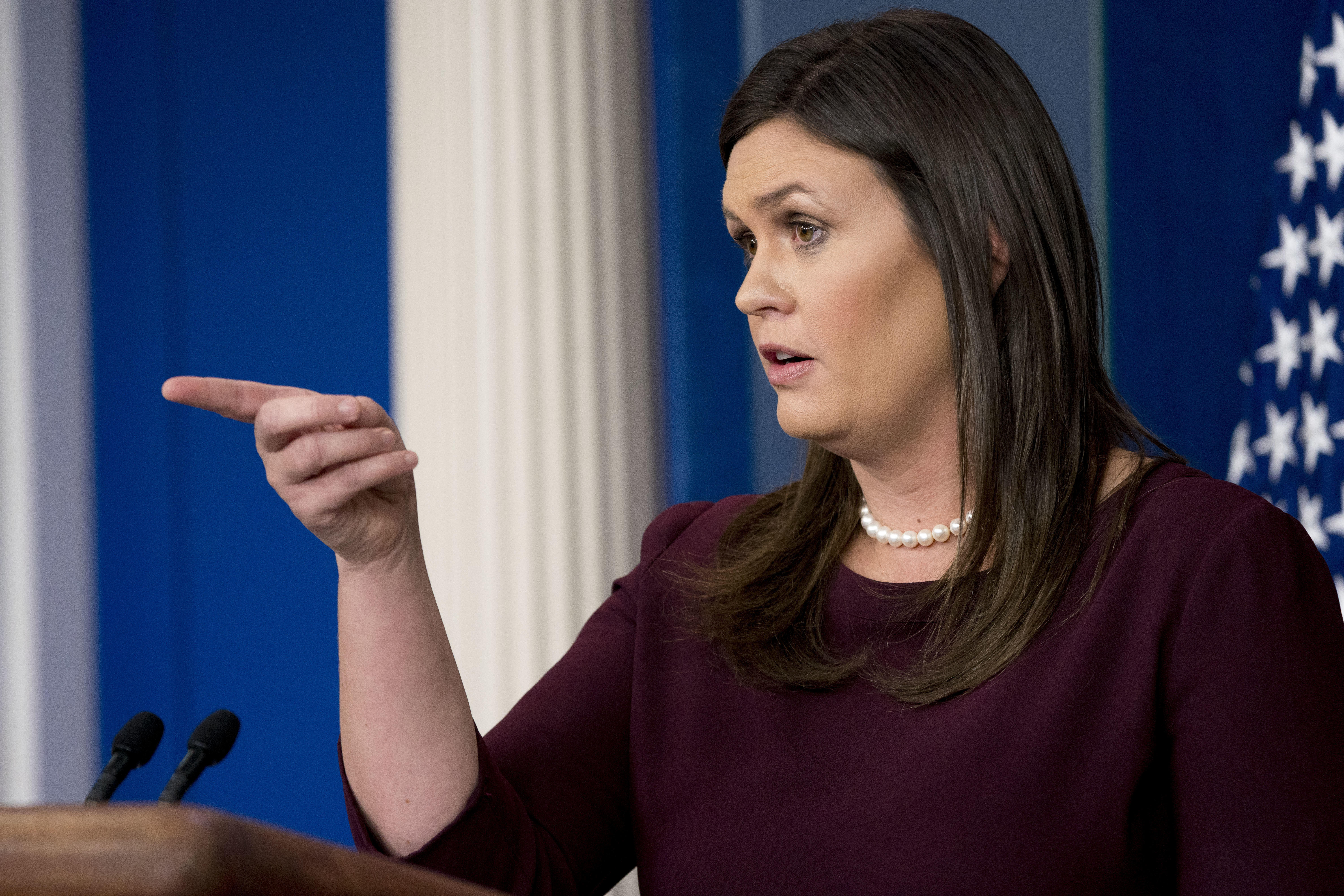 White House press secretary Sarah Huckabee Sanders said she "can't guarantee" that there are no tapes of President Trump saying the N-word. Former White House aide Omarosa Manigault Newman claims she has heard such a tape dating from Mr. Trump's time on "The Apprentice," but the president insists he has never uttered the slur.

"I can't guarantee anything, but I can tell you that the president addressed this question directly," Sanders said in the White House press briefing Tuesday in response to a question about whether she could guarantee that Americans would never hear him use the word in a recording.

"I can tell you that I've never heard it. I can also tell you that if myself, or the people that are in this building serving this country every single day, doing our very best to help people all across this country and make it better -- if at any point we felt that the president was who some of his critics claim him to be, we certainly wouldn't be here."

Sanders was repeatedly asked if she's spoken with Mr. Trump directly about his use of the slur. She denied having ever heard it "or anything similar" from the president.

"I didn't have to, because he addressed it to the American people all at one time," she said, in reference to Mr. Trump's tweet Monday in which he claims he did not use the racial epithet during his time hosting "The Apprentice."

Mr. Trump also claimed in that tweet that he had been reassured by the show's creator, Mark Burnett, that the tapes do not exist.

In those tweets, Mr. Trump also criticized Manigault, who he has also referred to as a "lowlife" and a "dog" in separate tweets.

Notably, Mr. Trump has publicly called out Rep. Maxine Waters, D-California, CNN's Don Lemon, and kneeling NFL players who he's said "are unable to define" what they are protesting. Prior to entering the White House, Mr. Trump faced a host of racially charged lawsuits and allegations in his business dealings.