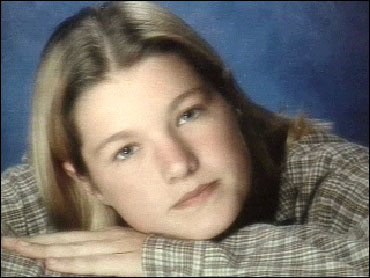 When a child goes missing, you do anything and everything the police ask you to do -- because those first hours can be critical to solving the case.

But when hours turn into days and weeks, or even months and years, there's desperation and a willingness to look anywhere for answers.

John and Magi Bish needed to find their daughter, Molly, who disappeared in 2000 in the town of Warren, Mass. And they've been willing to work with or without the police to find out what happened to her.

Last winter, Correspondent Susan Spencer reported on this case from a small town that's become home to a large web of suspicion.

It is in the Walden-like setting of Warren that one of the biggest mysteries in Massachusetts began four years ago.

On the morning of June 27, 2000, Magi Bish was in the car with her 16-year-old daughter Molly on the way to Comins Pond, the local swimming hole. Just a week before, Molly had started a summer job as a lifeguard there.

They arrived just before 10 a.m. The lot was empty, except for a dump truck dropping off a load of sand.

"What she said to me is, 'I love you, Mom,' and that was the last I seen of her,'" says Magi, who watched her daughter walk toward the beach. She then waited for the dump truck to drive out before she drove away.

About 20 minutes later, Sandra Woodworth arrived at the pond with her kids. "The first-aid kit was wide open, backpack was on the bench, her towel was draped over the back of the chair, sandals were in the front, the Poland Springs water bottle was right there," says Woodworth. "But there was no Molly."

Another hour passed. Molly's boss, Parks Commissioner Ed Fett, then showed up and realized Molly wasn't there. He also noticed her sandals and the opened first-aid kit, which he closed. Then, he called the police.

Eventually, the Warren police arrived. Molly had been missing for over three hours by the time they called Magi Bish.

Police at first suspected that Molly had simply abandoned her post to go and hang out with her friends. But for people who knew Molly, that sounded almost impossible.

"She never would just leave her job. We knew it," says Magi. "We knew. And I kept saying something is very wrong."

Molly was John and Magi Bish's third and youngest child. She had just completed her junior year of high school. A varsity athlete, Molly had attended the prom with her boyfriend, Steve Lukas. And, like her older siblings, John and Heather, Molly was no stranger to work.

"This was a girl who gave up her Saturdays at 16 to go train to become a lifeguard. She took her work very seriously," says her sister, Heather. "There's not a doubt in my mind that she would have done anything to jeopardize that."

Later that afternoon, when it finally became clear to police that Molly wasn't with her boyfriend or any of her buddies, they moved on to what they considered the next logical possibility. "They were saying she drowned and I was saying there's no possible way," says her brother, John.

By late that afternoon, the Massachusetts State Police had taken over the investigation. Over the next few days, they launched a massive search, working under Worcester County District Attorney John Conte. A battalion of volunteers from the local area also helped search for Molly.

While the Boston media swarmed the story, the Bish family was lost in a never-never land of fear, grief and shock. "You're breathing but you're not alive," says Magi. "You're walking and you can't make any sense of the world that you trusted one day before."

After the biggest, most costly search in Massachusetts history, the Bish family still had no answers.

"I could read in their eyes, they wanted to bring Molly home so bad and they couldn't," says Magi. "You can lose your keys, and you can lose your glasses, but how in America do you lose your child?"

While investigators focused on local residents, John and Magi Bish were forming a theory of their own.

"I don't believe any of these people around here were involved in this. This is the work of a professional, who knew what he was doing," says John Bish.

And it wasn't just a theory. Magi Bish believes exactly 24 hours before Molly disappeared, she may have seen the man who abducted her.