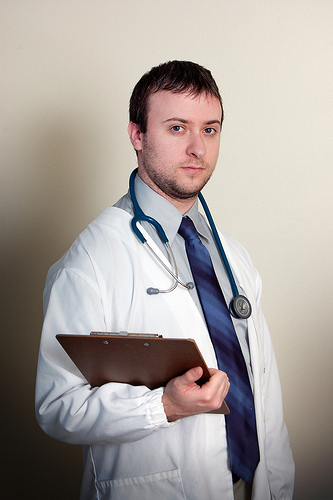 A few minutes after the Supreme Court released its ruling, CNN's home page declared "Mandate struck down" while the MSNBC home page declared "SUPREME COURT UPHOLDS OBAMA'S HEALTH CARE LAW." A CNN breaking news alter a few moments later read: "Correction: The Supreme Court backs all parts of President Obama's signature health care law, including the individual mandate that requires all to have health insurance." An hour later, the story accompanying the lead on the New York Times website noted "Insurance Rule is Deemed a Tax; Victory for Obama," while the Wall Street Journal's page did its best to emphasize: "Justices Find Fault with Medicaid Expansion." Throughout the next few hours, attorneys, and lobbyists weighed in, and the noise level was somewhere between a 747 taking off and Black Sabbath's "I am Ironman."

Here's the point. While the news reporting has focused on events, a long-term process has been at work, one that is good for the country, the economy, and for business. And as is often the case when business demonstrates leadership, the news cycle has missed it.

The big story is in two parts. First, businesses have been demanding cost containment within healthcare. Invoking the "who has the gold makes the rules," companies -- which pay most of the burden of private insurance -- have been negotiating with players throughout the industry to reduce overall expenses.

The second part of the story is that the business of medicine -- yes, medicine is a business -- has responded with innovation, collaboration, and leadership. There is emerging evidence that old adversaries -- physicians, insurance companies, and hospitals -- are becoming partners.

One small part of the story is a company like HealthCare Partners (in full disclosure, a client of my consulting firm), a physician group operating in California, Nevada and Florida. While many people were wringing their hands about what would become of healthcare, this company was quietly collaborating, cobbling together practices into integrated models of care, and increasingly assuming the total risk for patients. As evidence of just how much such efforts are worth, DaVita (a Fortune 500 kidney care company) agreed to pay $4.42 billion for HealthCare Partners.

The broader story is the emerging evidence that parts of the healthcare system working together can lower cost while raising quality. Elliot Fisher from Dartmouth and his colleagues are demonstrating that integration of care is easy relative to the benefits, in both cost and quality.

For those of us who study leadership and collaboration, none of this is news. My co-authors and I opened up Tribal Leadership's story of ten years of research on corporate culture and performance with the tale of Griffin Hospital.

A lot of my time at USC was spent encouraging physicians to reclaim their role as leaders of the business of medicine, which I wrote about this week in my personal blog.

This trend has been developing regardless of what the Supreme Court ruling was. Because the real leader in the American economy is, has been, and always will be, business.

Going into the presidential election, my hope is that people will focus on how business can be given the tools to do what it does well -- plan, find opportunities, mobilize, and implement. Those tools include educated workers, a favorable economic environment and national policies that promote growth. But let's notice that even in confusing and antagonistic environments, business has been finding a way to lead. That, more than anything else, is the story of this country.

Have you seen business showing leadership in healthcare or other industries? I hope that you will share your observations below.