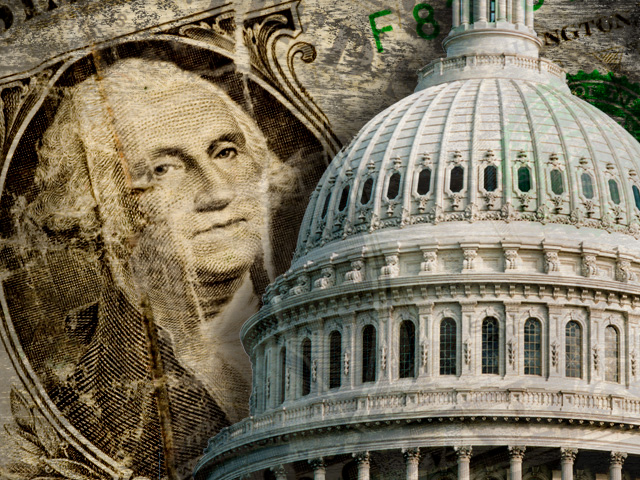 By the time they leave town Friday for a one-week work period in their home states, senators are expected to pass a $1.1 trillion, 1,582 page spending bill that will avert the threat of a government shutdown for the next several months and help Congress get back to the normal process of budget and spending money that preceded the gridlock of recent years.

The House passed the so-called “omnibus” spending bill Wednesday afternoon by a vote of 357 to 64, despite objections from some outside conservative groups that the bill undid some of the mandatory spending cuts in the sequester.

“I would rather the Republican leadership come clean and admit that they have surrendered the fight for spending reform. The claims of victory coming out of some of these House offices are insulting to the intelligence of the fiscally conservative grassroots,” said Matt Kibbe, president of FreedomWorks, in a statement after the vote.

The bill boosts spending over 2013 fiscal year by $26 billion, but the budget is still about $30 billion below pre-sequester levels.

But other Republicans like House Speaker John Boehner, R-Ohio, saw the budget as reigning in spending because it replaced the sequester cuts with other savings.

“I am particularly pleased that this measure contains no earmarks, which were once a pervasive symbol of a broken Washington.  Also of note is the fact that we are not providing any new or additional funding for the president’s health care law,” Boehner said in a statement.

The massive spending bill takes the broad outlines of a budget deal crafted by Rep. Paul Ryan, R-Wis., and Sen. Patty Murray, D-Wash., at the end of 2013 and fills in the smaller details. It provides $63 billion in sequester relief and $85 billion in total savings over the next two years, resulting in about $23 billion in deficit reduction.

Passing the bill to flesh out the budget deal is the last step in averting another government shutdown after funding from a short-term spending bill ran out today. In order to allow themselves time to debate and vote on the appropriations measures, both the House and Senate passed short, three-day bills to buy a few extra days. They have until Saturday night to finish off the larger bill.

The appropriations heads in the House and Senate, Rep. Harold Rogers, R-Ky., and Sen. Barbara Mikulski, D-Md., worked together to put together the measure, which allows neither party to score any overt political points. But it did offer lawmakers the ability to win a few policy victories for their constituents back home. They aren’t the so-called “pork” projects that were banned a few years ago, but they did sweeten the deal for some lawmakers.

Here are some things that are – and aren’t – in the massive spending bill: