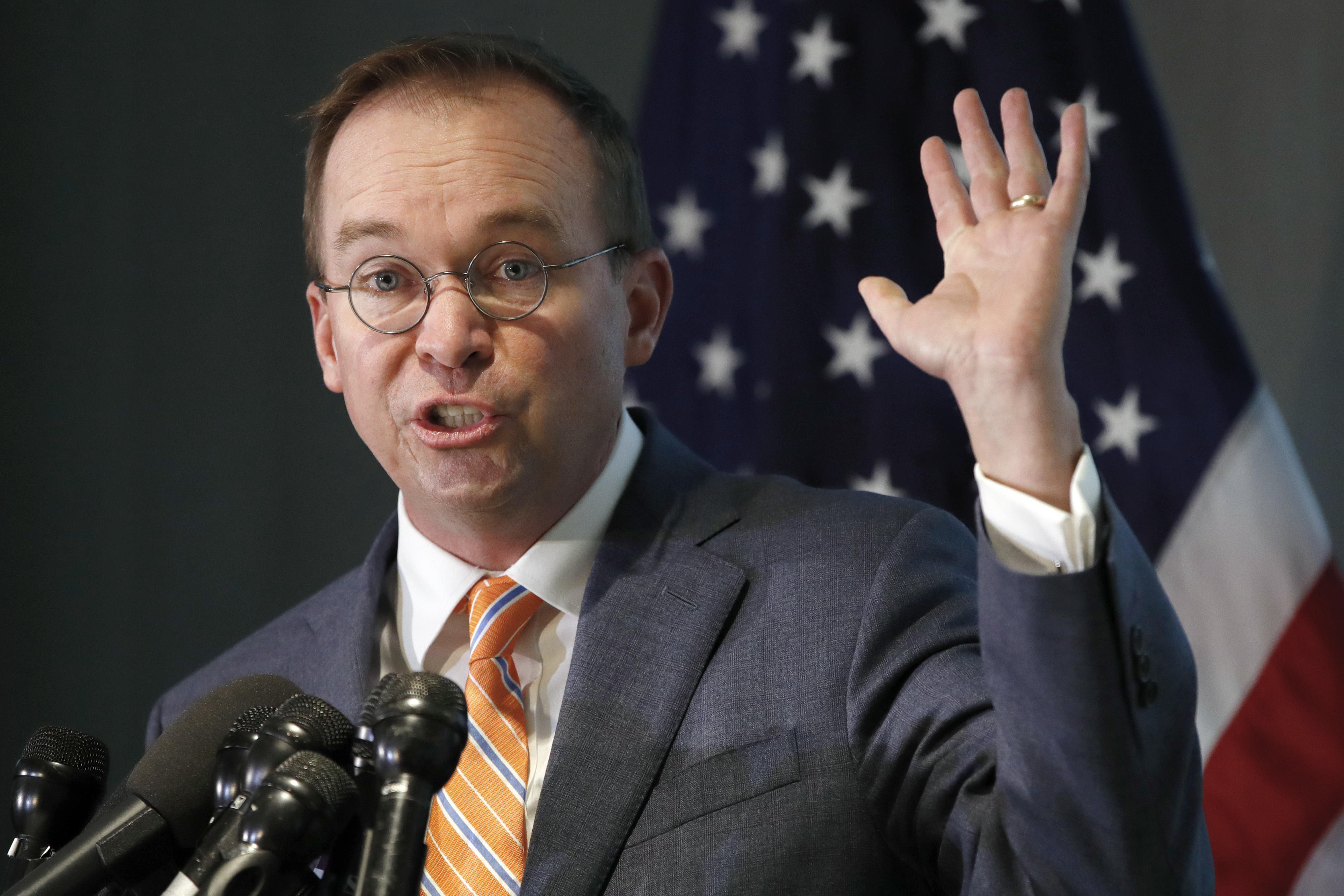 So what's going on with the Consumer Financial Protection Bureau?

On Friday, Richard Cordray resigned as director of the Consumer Financial Protection Bureau (CFPB) following a November 15 announcement that he would leave by the end of the month. Cordray, who is expected to run for governor of Ohio next year as a Democrat, said that he was entitled to appoint his successor, and picked his deputy Leandra English to lead the agency.

President Trump argues that Cordray doesn't have the authority to select his own successor, and has appointed Office of Management and Budget Director Mick Mulvaney as the agency's interim chief. But English filed suit in federal court on Sunday, insisting that she is the legitimate director of the agency.

So now we have a situation where an exceptionally powerful federal bureaucracy has two different people claiming that they run it. It all sounds pretty absurd on the surface, but it's a fight with high stakes.

What does the CFPB do again?

It was created in the wake of the 2008 economic crisis to protect consumers from predatory banks, lenders, and other financial bodies that could defraud people. The brainchild of now-Sen. Elizabeth Warren, who was then an Obama White House aide, the CFPB is a product of the Dodd-Frank Act, which was passed by Congress in the wake of the crisis.

The bureau overhauled the mortgage practices that were a factor in the financial crisis. It wrote simpler mortgage rules aiming to help consumers navigate the mortgage process, from selecting a loan through paying it back, created mortgage servicing rules geared toward helping protect home buyers, and it put in place more protections for those who get behind in their mortgage payments.

Republicans, broadly speaking, have never been fans of the CFPB, which they see as too powerful, largely unaccountable, and perhaps unconstitutional. An independent agency, the CFPB gets its funding from the Federal Reserve, not through Congressional appropriations. And while the president can fire the agency's director, the Dodd-Frank Act stipulates that a dismissal can only be done for cause, meaning that Mr. Trump would have had a fight on his hands if he had just fired Cordray outright.

Democrats argue that the agency has done a good job of protecting consumers and note that the agency has paid out some $12 billion in relief to defrauded consumers. They also say that Mulvaney, who once called the CFPB "a joke…in a sick, sad kind of way" is not the person who should be running it.

Can Mr. Trump ignore them and appoint Mulvaney anyway?

That's what the White House is betting on, and the CFPB's own general counsel says that President Trump is entitled to appoint a vacancy due to powers granted to him by the Vacancies Act of 1988. Democrats like Warren counter that Dodd-Frank Act says that "the Deputy Director . . . shall serve as acting Director in the absence or unavailability of the Director." In theory, that would mean that English is in charge, which is what the highest-ranking Democrat in the Senate, Minority Leader Chuck Schumer, D-New York, argued on Monday.

So who's in charge over there?

Mulvaney showed up to the agency Monday morning and said he was now acting director of the bureau. English then sent an email to the CFPB staff identifying herself as acting director.

"[I]t has come to my attention that Ms. English has reached out to many of you this morning via email in an attempt to exercise certain duties of the Acting Director," Mulvaney wrote to agency officials in response to English's claim. "This is unfortunate but, in the atmosphere of the day, probably not unexpected.

"Please disregard any instructions you receive from Ms. English in her presumed capacity as Acting Director," Mulvaney's memo continues. It then goes on to apologize to the agency's staff for the nature of Mulvaney's introduction, and invites them to come "grab a donut" in his office.

Later on Monday, White House Press Secretary Sarah Sanders said that Mulvaney had the "full cooperation" of the agency's staff.

If all this sounds a bit farcical to you, well, that's because it is. Meanwhile, the agency appears to be largely paralyzed due to the leadership dispute and may soon be subjected to legal action from the business it regulates. A court decision on who is rightfully in charge of the agency might take several months, meaning that Democrats and Republicans could be fighting about this all the way up to next year's midterms.

Mulvaney, and for that matter whoever Mr. Trump's final appointee to the position is, will probably take a much narrower and more circumscribed approach to regulating than Cordray or English. Cordray, who was appointed to lead the agency despite a Republican filibuster, has won plaudits from progressives and consumer advocates, while at the same time drawing the ire of business interests.

Since Mr. Trump took office, Cordray has been busy issuing new and sweeping rules, such as one that prevents financial business from using arbitration clauses to sidestep class-action lawsuits. That rule was killed by Congress using a once-obscure law called the Congressional Review Act.

In October, Cordray took aim at payday lenders, which progressive groups have long argued are inherently predatory, with a rule that might drive many of them out of business. This muscular approach to oversight and regulation would likely be continued under English, his handpicked successor.

But if Mr. Trump gets his way, it's safe to expect that the CFPB will have a much smaller regulatory footprint in the future.  At a press conference Monday afternoon, Mulvaney announced a hiring freeze at the agency as well as a 30-day pause in any new rules or regulations coming down the pipeline. Saying that "elections have consequences for every agency," he also promised to run the bureau much differently than Cordray did.

Mulvaney also called the bureau an "awful example" of a "bureaucracy gone wrong," and said that he had not yet met English because she did not show up for work on Monday.