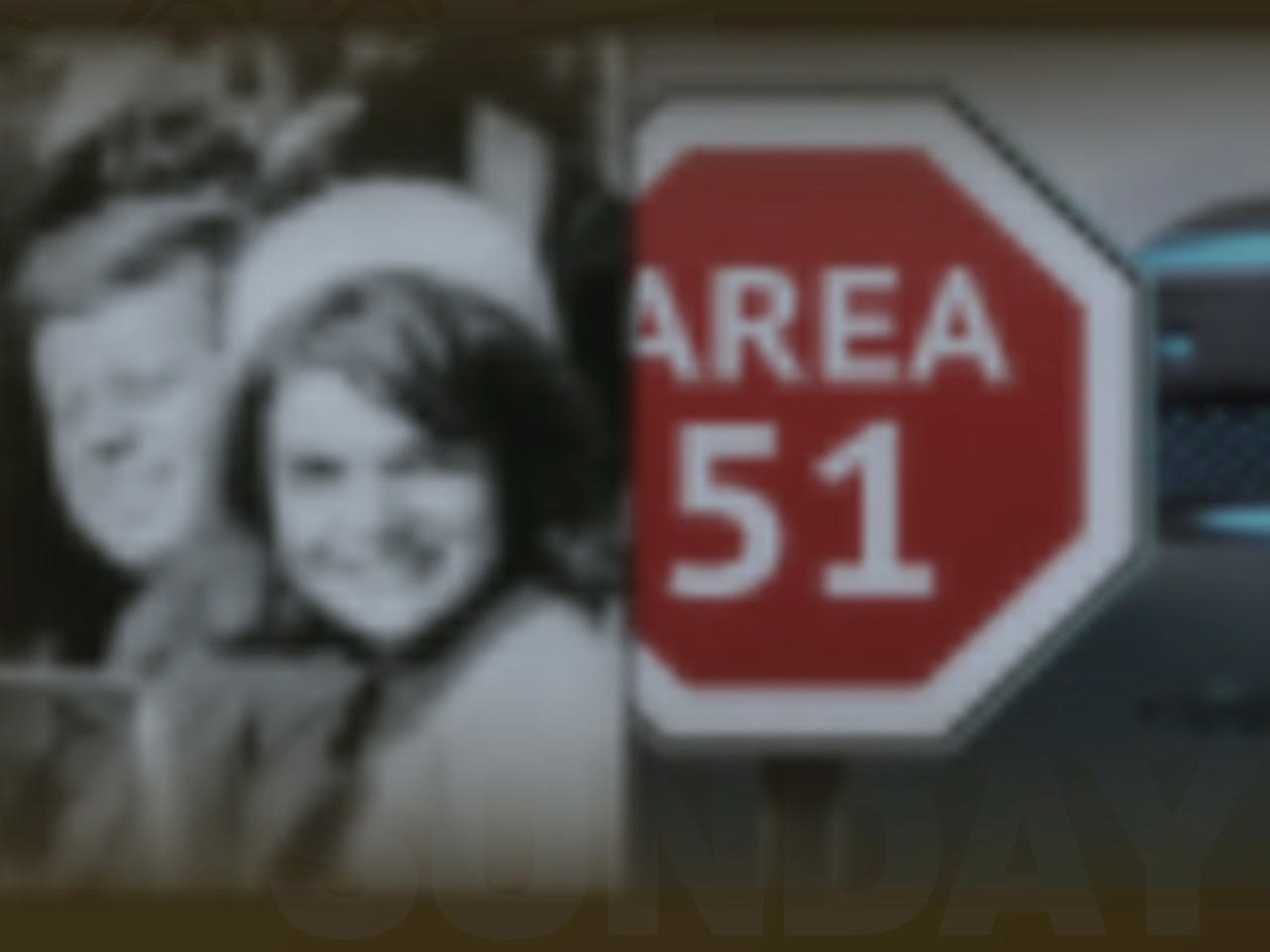 Spy novelist Gayle Lynds has made an entire career out of dreaming up conspiracies, hundreds of them. Her office, at home near Portland, Maine, is a breeding ground for conspiracies, filled to bursting with evil secrets and nefarious plots involving military technology, special ops, and war tactics.

"The C.I.A. is overflowing, as you can see," Lynds said of her bookshelves.

Her espionage novels have sold millions of copies, and they all start with one unbreakable rule: the conspiracy has to be believable. That's not hard, given that genuine conspiracies have existed, from Watergate to Iran/Contra. "They're wonderful to write about," Lynds said.

And to read and talk about. We look for conspiracies everywhere.

According to a recent CBS News poll, more than half of Americans still believe there was an official cover-up connected to the assassination of President John F. Kennedy.

Roughly one in three say the government is hiding the truth about 9/11. And one in ten thinks the moon landings were faked.

"If you want to know how important conspiracy theories are to people, just bring up a few next time you have Thanksgiving dinner with your family," said Joseph Uscinski, a professor of political science at the University of Miami. "Do it after a few bottles of wine! And after the arguing is over, you probably won't be invited back the next year."

Spencer asked, "How does a conspiracy theory start?"

"A lot of times what happens is, people will just come up with some of these ideas on their own. For example, one of my favorites is that the CIA created lesbianism."

"What we find is that beliefs aren't really going up. But what we can say is that they're playing a much bigger role in our political discourse," he said.

Sometimes with potentially tragic results. After he became the subject of conspiracy theories, billionaire George Soros was targeted by a pipe bomber.

And critics of the president worry that his views often include the conspiratorial, such as spreading stories about "funding" of the caravan of migrants traveling through Central America and Mexico towards the United States.

So, what does your basic conspiracy theorist look like? Uscinski said, "If I ask people to close their eyes and imagine who that person is, most of them are going to think of a white male, middle aged, look a lot like me, living in the mother's basement with a ham radio."

"Almost everybody believes some kind of conspiracy theory at some point," said psychologist Rob Brotherton, who asserts human beings are skeptical of coincidence, and think in terms of cause-and-effect.

"One of the main jobs that our brain has is to spot patterns in the world, to spot things where A seems to be connected to B," he said.

And when something BIG happens – like a terrorist attack or a mass shooting – we assume there MUST be an equally BIG explanation for it.

"Like the JFK assassination, a lone gunman assassinating the president, changing the course of history, that's a very small explanation for such a big event," Brotherton said.

"We want a much more complicated explanation than there is?" asked Spencer.

"Yeah. A vast conspiracy involving HUNDREDS or THOUSANDS of people, ongoing throughout time."

Especially since some experts believe a JFK conspiracy is NOT out of the question.

"There was kind of good reason to be suspicious of the Warren Commission Report. It was kind of rushed, and it didn't cover everything. It did leave some things out," Brotherton said.

Spencer said to Lynds, "More than half of all Americans think there was a cover-up of the Kennedy assassination."

"I'm inclined to think that there might've been," she replied.

Such theories persist no matter how improbable. For example, a lot of conspiracy theories depend on huge numbers of people keeping a secret – which people cannot do.

And if you don't buy the JFK theories, what about the theory that Elvis Presley is still alive? Poor Paul McCartney has been rumored to be dead since people played Beatles records backwards in the late '60s!

When asked his all-time favorite conspiracy theory, Brotherton said, "The inter-dimensional lizards, I think that's a good one!"  [In case you hadn't heard, the rich elites, the monarchy, and the presidents are all related to trans-dimensional shape-shifting lizards.]

So, how's the average person supposed to distinguish what is true?

Joe Uscinski said, "The best thing to do is to listen to independent experts."

"Nobody's gonna do that," laughed Spencer.

In fact, Spencer suggested starting her own rumor that bestselling author Gayle Lynds was actually a spy.

"I was never a spy," Lynds declared.

"Well, you would say that."

Brotherton stated that conspiracy thinking is a spectrum: "Some of it is ludicrous, and some is quite reasonable. Governments do keep things from us."

And perhaps for that very reason, Professor Uscinski thinks a little dose of conspiracy thinking actually may be good for democracy.