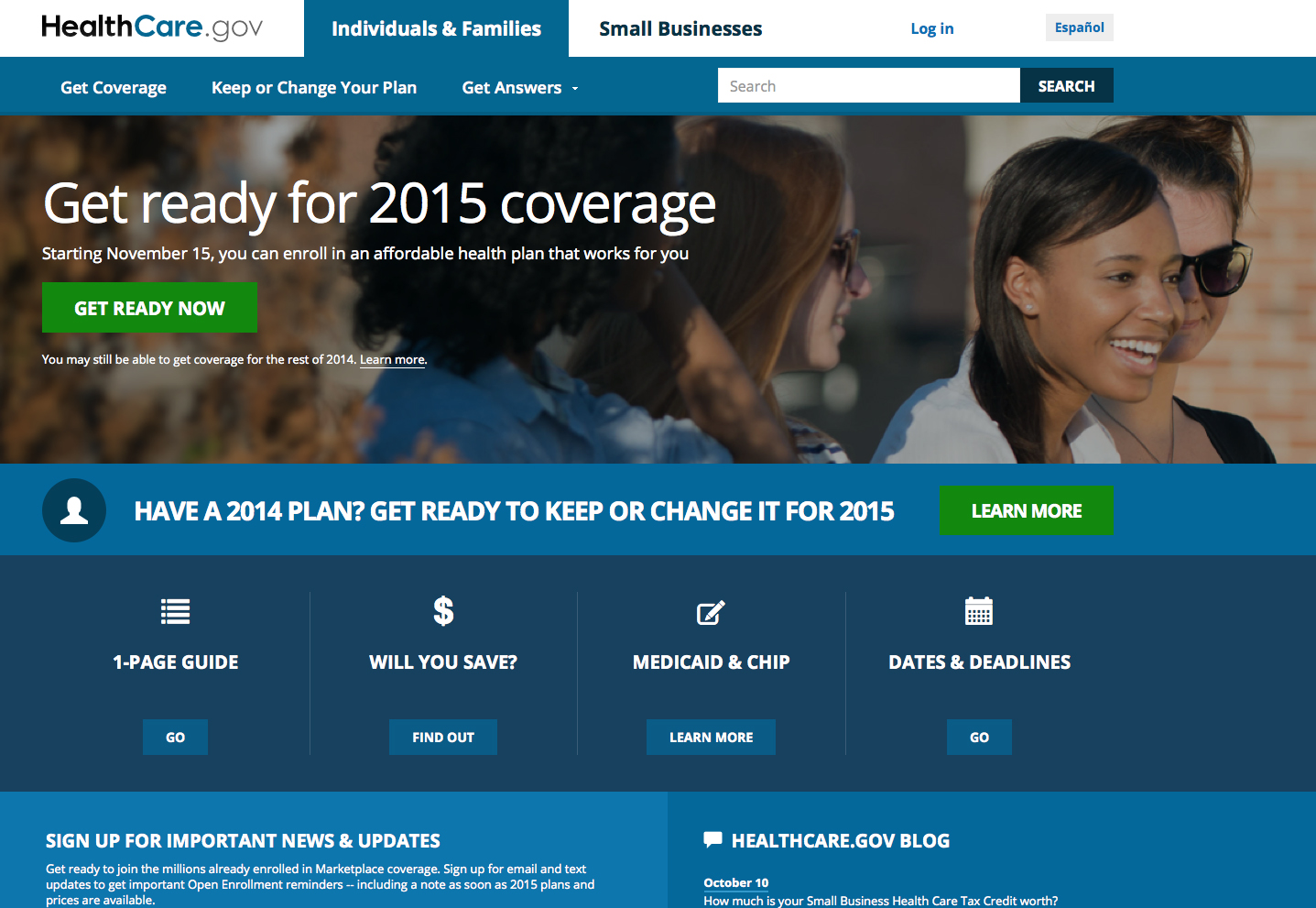 Hoping for better health in the New Year? Starting Nov. 15, Americans will have a three-month window to sign up, renew or change their insurance plan during the annual open enrollment period for Obamacare.

After the open enrollment period ends on Feb. 15, you'll have to wait yet another year to sign up for health insurance through the government's Health Insurance Marketplace -- unless you have a qualifying life change event, such as marriage, divorce or the birth of a child.

With last year's web glitches in mind, and several changes ahead for 2015, health policy experts recommend starting the process early. You must complete the application by Dec. 15 in order to have health insurance on the first day of the new calendar year.

"I think the important thing is to get on the marketplace site now to get an idea of what is being offered," Karen Pollitz, a senior fellow at the Kaiser Family Foundation, told CBS News. "Be prepared. In 2014, the average consumer had 40 or 50 plan choices and in some areas, in Florida, it was over 100. It's not like you'll be looking at three things."

Choosing a health insurance plan can be overwhelming. Most people who are purchasing health insurance for the first time are mostly concerned with their bottom line, but monthly premium rates are not the only number that matters. Lower premiums can mean more out-of-pocket expenses down the line.

Analysts expect many of the lower-priced plans will raise their premium rates in 2015. But Pollitz thinks many Americans may be "pleasantly surprised."

"A lot of people may end up paying less," she said. "It's really going to be specific to the marketplace and your circumstances. If you lived in one of the most inexpensive marketplaces in the country, that's where you might end up seeing the biggest change."

The cost of premiums depend on a number of factors, such as your state of residence, family size and annual income.

The Kaiser Family Foundation has a handy Health Insurance Marketplace Calculator, which is based on 2015 premium rates, and can help determine if you qualify for health insurance subsidies, or if you and your family fall within the income bracket to sign up for Medicaid and receive health insurance at no cost.

All the health insurance plans offered on the marketplace fit into one of five categorizes: bronze, silver, gold, platinum, or catastrophic coverage (available only to people under 30 or who have a hardship exemption). These five "metal levels" refer to how much you'll be paying beyond your premium for health care services. In platinum plans, the insurance company will cover approximately 90 percent of your medical bills, whereas in the cheaper bronze plan the insurance company would only cover 60 percent. Typically the higher the metal level, the higher the monthly premium.

In general, a young and healthy person who rarely goes to the doctor may be fine with a plan from a lower metal level. However, if you tend to make frequent trips to doctors, have a chronic health condition such as diabetes or heart disease, or a history of serious illness such cancer, paying more money each month for a higher-level may help you keep costs down in the long run.

All of these factors are the reason it's important to shop around -- even for those already enrolled in a plan through the marketplace. Anyone who's currently enrolled and doesn't make a change will be automatically re-enrolled in the same plan for next year. It may be worth it to check out the options again and see if it's still the best choice.

Anyone shopping for a health insurance plan can also check this website to find a health navigator. These professionals have been trained to help consumers find the right plan and ease the sign-up process.

And failing to sign up could cost you. Anyone in the U.S. who does not have health insurance either through their employer, Medicaid or the Health Insurance Marketplace may be subject to a penalty fee, unless they qualify for a hardship exemption. The penalty fees are rising sharply next year, to 2 percent of household income or $325 per adult and $162.50 per child -- whichever amount is higher.