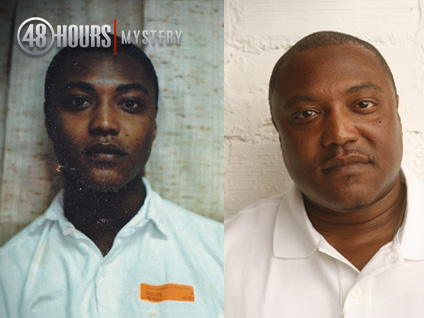 (CBS) - The Anthony Graves case has been a wild ride in every sense. After years of long shot legal maneuvers on his behalf - that worked - "48 Hours Mystery" producer Jenna Jackson and I found ourselves careening through the Texas countryside from Houston to Brenham.

After serving 18 years in prison, 12 on death row, for killing six people, the charges against him had just been dropped.

We wanted to be there when he took his first steps as a free man. We got there literally with not one second to spare - to an empty parking lot - with a man looking dazed, walking toward us carrying everything he owned in a cardboard box and an onion bag. It was one of the most emotional scenes we have ever witnessed.

Video: "A great moment in TV"

Since that day, we have followed Graves and documented his life - the last 18 years and the several months since his unexpected release.

All the details of the case can be found here.

In Texas, if a person is wrongfully convicted, he is entitled to $80,000 a year for his trouble. For Anthony Graves, that would add up to $1.4 million - tax free. But he hasn't gotten a dime. He hasn't even gotten an apology. That's despite the fact that a woman most people consider the toughest prosecutor in the state, Kelly Siegler (well-known to "48 Hours Mystery" viewers as a pit bull in the courtroom, afraid of nothing) announced Graves was innocent. She started the process that finally allowed him to walk out of prison.

Why no compensation for Mr. Graves?

It's because Graves' dismissal papers don't include two words: actual innocence. That's all he needs, those two words.

We asked the elected D.A. of that county, Bill Parham (the man who hired Siegler to try this case), why he didn't just change the dismissal papers to include those two words. He says it's a technical legal issue - and won't do it. He believes those words are intended to cover situations where a defendant is exonerated - for example through DNA evidence - and worries that it's not clear they were intended for circumstances like Graves'.

Parham told us he believes Graves is "absolutely innocent" but not actually innocent, as the paperwork requires. And Parham says he is not the one with the power to fix this mess - that the Texas Legislature should take that on.

Governor Rick Perry has called for a change to happen so that Anthony Graves will get the money he has coming. Nothing has happened so far. The Texas Legislature meets until the end of May.

On Saturday, "48 Hours Mystery" viewers got an in-depth, emotional look at how this case has unfolded for Anthony Graves. For his part, Graves says he is through waiting - he is moving on with his life and his new-found freedom.

But his lawyers and supporters are not nearly as patient. They've won the big victory - they cleared Graves. Now they want the state to pay him. It won't give him back 18 years of his life, but it will at least help him to begin life again.