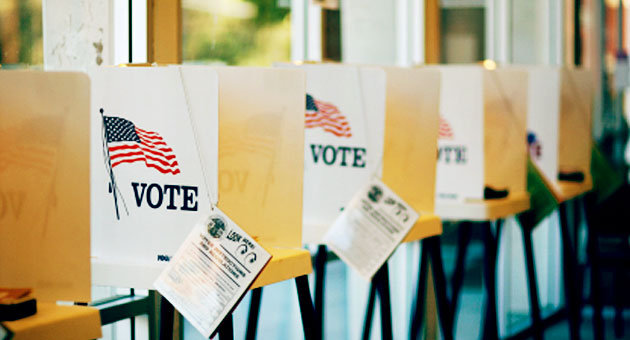 With three weeks left before Election Day, officials and voting rights advocates in Texas are still wrangling in court over the state's controversial and restrictive new voting law.

Any day now, the U.S. Fifth Circuit Court of Appeals is expected to say whether the Texas voter ID law should be implemented on Election Day or not. The Supreme Court could step in as well. Should the appeals court -- and possibly the Supreme Court -- side with the law's supporters, the law will be reinstated before the midterms, keeping more than 608,000 registered voters that don't have the required ID from voting. If the courts side with opponents of the voter ID law and put it on hold for the time being, the law's supporters argue it would inject "doubt where for 15 months, and three statewide elections, there had been certainty."

The Texas case is just one of several ongoing disputes over controversial voting laws that could have an impact at polling places on Nov. 4.

"I expect we're going to see some difficulties [on Election Day] as a result of those changes," Wendy Weiser, director of the Brennan Center's Democracy Program, told CBS News.

The Brennan Center and other voting rights groups have largely opposed these changes due to evidence that they have a detrimental impact on the electorate. For instance, rolling back same-day voter registration could decrease Election Day turnout. Additionally, there's evidence that voter ID laws reduce turnout, particularly among minorities and young voters. The nonpartisan Government Accountability Office reported last week that new voter ID laws in Kansas and Tennessee reduced turnout by an estimated 1.9 to 3.2 percent, and that young people and African-American voters were disproportionately affected.

Even if there weren't concerns about the consequences of such laws, Weiser noted, "Any time you have significant changes to voting practices, there's going to be some confusion... until everybody learns the new system."

Confusion over the rules is, in fact, the crux of the argument that the state of Texas put forward when it asked the Fifth Circuit Court of Appeals to stay a District Court ruling that put the Texas voter ID law on hold.

In 2012, Pennsylvania voters and poll workers found themselves in a similar scenario: The state's voter ID law was blocked before Election Day that year, but some poll workers nevertheless demanded an ID from voters or inappropriately tried to make them use provisional ballots. The problems were attributed to confusion rather than any deliberate attempt to spread misinformation.

Groups like the Brennan Center -- which is representing the plaintiffs in the case against the Texas law -- say that this argument doesn't hold water in the Texas case, given that the state has done little to publicize the new rules. "The whole state has used the old regime for a really long time, everybody's familiar with it," Weiser said.

What's more, as opponents of restrictive voter laws have pointed out, the injury to voters can be much worse if the law in question is actually implemented. For instance, after Florida reduced the number of early voting days in its state, there was chaos at polling places on where people lined up to vote early for the 2012 elections. One study from the University of Florida showed the cutback of early voting days disproportionately affected African Americans.

In the cases where it has intervened so far this year, the Supreme Court has considered the following questions, Justin Levitt, an election law expert at Loyola University Law School, told CBS News: "How severe is the impact on voters, how severe is the chance of confusion, how late in the game is it?"

Those were in part the considerations that led the Supreme Court last month to block a lower court ruling that would have restored a week of early voting in Ohio, just hours before polling stations were set to open. These questions also prompted the high court last week to reinstate a North Carolina law barring same-day voter registration. The Supreme Court last week also blocked a lower court ruling that would have allowed Wisconsin's voter ID law to go into effect, even though already absentee ballots had already been sent out.

The Supreme Court, if it takes up the Texas case, will ponder the same questions, along with one other key factor, Levitt said: the thoroughness of the lower court's ruling.

Based on court precedent, the Supreme Court should give serious consideration to the fact that the Texas voter ID law was eviscerated in a 147-page lower court ruling. District Judge Nelva Gonzales Ramos ruled that not only would more than 600,000 voters be disenfranchised by the law, she ruled that the law was motivated in part by an attempt to discriminate based on race.

Based on all those factors, it would seem that the Supreme Court -- should it decide to consider the Texas case in the coming weeks -- would bar the law from going into effect before Nov. 4. But Levitt noted that it's impossible to say what the court will do: "There are nine people who have a sense of what they will do."

Furthermore, it's worth noting that the Supreme Court interventions so far -- in Wisconsin, Ohio, and North Carolina -- have only served to keep disruptive voting law changes from going into effect before the midterms. The court has yet to rule on the actual merits of any of those states' laws.

"There is virtually no chance the Supreme Court rules on the merits before November," Levitt said.