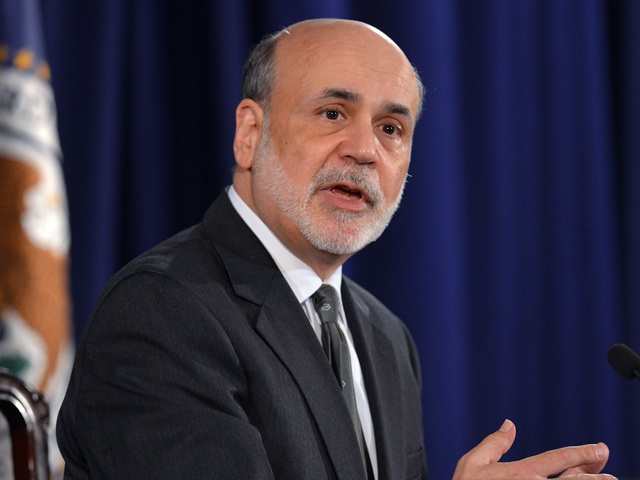 (CBS News) The Federal Reserve announced a new stimulus effort on Thursday, with an announcement from  Chairman Ben Bernanke the Fed will buy $85 billion of mortgage debt and treasuries on a monthly basis. Additionally, the Fed will aim to keep interest rates at or near zero percent through 2015.

The move sent the Dow Jones Industrials up 206 points, to its highest close since 2007.

But what does that mean for the consumer?

If you can get a loan, mortgage rates are near record lows right now, CBS News correspondent Rebecca Jarvis explained on "CBS This Morning." However, if you're a saver, Jarvis posited that you may feel the downside in your bank account -- you're not getting paid much to keep your money at the bank. That's by design, Jarvis said, explaining that the federal government wants you to you spend more to improve the economy. Jarvis speculated that the move may also lead to higher prices on gasoline and groceries.

In his announcement, Bernanke said Thursday that he has "grave concern" over the nation's unemployment rate. Jarvis told "CTM" co-hosts that by tying the decision to unemployment, Bernanke implies that the Federal Reserve will continue to buy in this way until unemployment numbers decrease, an unprecedented move for the Fed, according to Jarvis.

"We've seen action like this previously out of the Fed, but it had a duration, it had a term attached to it. Now it's unlimited," she said. "And they're saying unemployment will be at or near eight percent for the rest of this year. It will be four more years until it goes below six percent, which is what we consider normal unemployment in this country.

"And there are some big concerns from the Federal Reserve, from Ben Bernanke...that Washington also has to do its part. This is not a silver bullet. Washington has to address the fiscal cliff, it has to make decisions about our future," Jarvis continued before adding, "And the concern out of Washington and some of the critics of this is that, unfortunately, by doing this the Federal Reserve takes some of the pressure off of Washington, D.C. to make the steps that are necessary to put this economy on better footing."