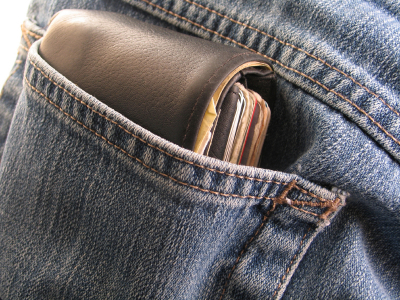 (MoneyWatch) This is the time of year when I advise parents to talk with their teenage children about money and the basic financial skills that they will use for the rest of their life. It's a conversation worth having.

According to the Teens and Money Survey conducted by Charles Schwab, the topics teen would like their parents to talk about more include:

And it's not surprising that the source teens learn most from when it comes to money is their parents (82 percent), followed by real life experience (65 percent) and school (49 percent). Topics teens would most like to learn about include the kinds of insurance they need when on their own, how to invest money to make it grow, how income taxes work and how to save money.

Parents who are well off financially often provide for all their child's needs and wants. Even if you are able, I advise against doing this. Instead, look at these situations as an opportunity to teach your children about the cost of the things they want, what it takes to earn the money to pay for it and the importance of being financially responsible. Also teach discretion, and to respect those who are not as financially well off.

When parents don't talk about finances with their children and instead buy them the things they want, it does nothing to teach them about managing money. It only teaches them to waste money, often to impress their friends or to gain popularity. This often is the cause of bigger problems later in life.

Parents with average or modest financial ability can make different mistakes. Many deplete their savings, borrow from retirement plans, tap out their home's equity, or never save for their own retirement in order to pay for their child's needs, wants and college costs. This can create financial problems that will impact the parent and the child. It's important to remember that while it sounds nice for your children to have no college loans, it's important to keep in mind that they have a lifetime of earnings ahead of them. There is a reason why there are grants, scholarships, and financial aid for college but there are no such programs to help you pay for your retirement.

Whatever a parent's view on providing financial support for their children, there is a recurring theme: Parents who teach their children the value of money and how to manage their spending before they go off to school raise young adults who are less likely to get into financial difficulty later in life.