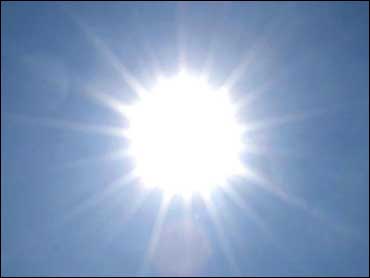 It seemed the White House changed tunes today "Walkin' on Sunshine" to "Ain't No Sunshine."

This was the day President Obama was to receive an award marking Sunshine Week - an initiative meant to promote openness and transparency in government.

The White House posted the award event on Mr. Obama's public schedule for 2:55PM and even intended to give the White House press pool a photo-op of the award presentation by representatives of the Freedom of Information Day Conference.

But suddenly, as the press waited for its escort to the Oval Office for the event, the White House changed its mind and sheepishly put out the word that the sunshine event was scrubbed for the day and would be rescheduled for sometime in the future.

To explain, a White House aide pointed to changes in the president's schedule. But the unexpected cancellation came just after press secretary Jay Carney ended a press briefing where he was peppered for 50 minutes with tough questions about the president's responses to the situations in Japan, Libya and Bahrain.

Carney was also asked to provide evidence that Mr. Obama actually deserved to receive an award for openness in government.

Carney seemed to know this would be a rough day. He began his daily press briefing with the lament: "I'm waiting for my first slow news day on this job. It's not today."

Carney faced questions about why the Administration waited till now, Day 6 of the Japanese nuclear emergency, to urge Americans to evacuate an area within a 50-mile radius of the damaged reactors.

He was repeatedly asked to explain why the White House has not acted more aggressively to pressure Libyan leader Muammar Qaddafi to step down from power.

Carney had answers for each of the questions, but not easy ones.

By scrapping the Sunshine Week award photo op, the White House spared the president from possibly facing shouted questions on those very issues from members of the press pool.

But criticism of his responses to Libya, Japan, Bahrain and getting a budget deal has been growing among members of Congress and pundits.

It served the White House's political objective to keep such criticism out of the sunshine by protecting Mr. Obama from questions about such issues. At least for today.