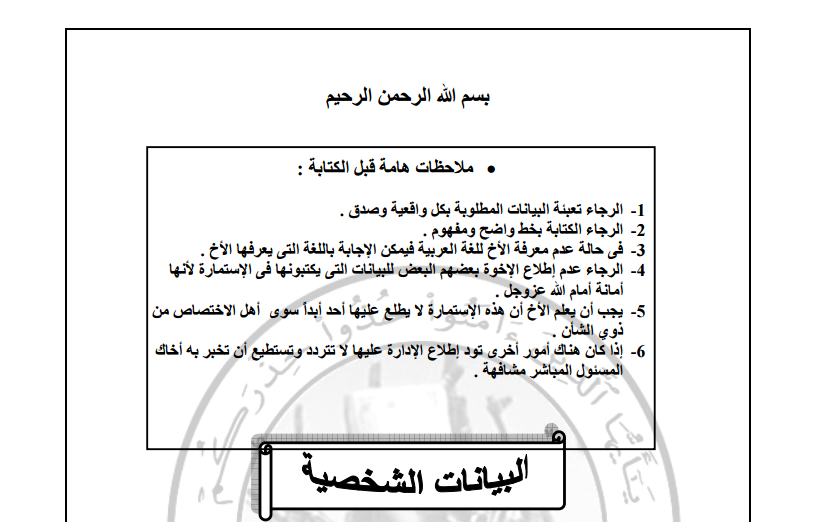 Joining al Qaeda may be quite a bit like applying for a school or any other job, if one document recovered from Osama bin Laden's compound is to be believed.

Among the trove of documents recovered during the raid on his compound and declassified Monday was a form called, "Instructions to Applicants" that might have been used to vet aspiring jihadis.

The application begins with instructions ranging from, "please write clearly and legibly" to "Please refrain from sharing the information you provide on the application with each other because it is a trust to Almighty Allah."

After some demographic information (family names, occupations, address), the applicant must answer several questions to establish their interest in and connection to Islam. Questions include: "How much of the holy Qur'an have you memorized?" "Do you know any workers or experts in chemistry, communications, or any other field?" and "Do any of your family or friends work with the government? If so, would he/she be willing to cooperate with or help us?"

There are some questions that are surprisingly mundane, such as asking applicants to list their level of education, proficiency in various languages, whether they have a criminal record, and travel to foreign countries (they also have to answer if they know anyone who has traveled to Western countries).

"Al Qaeda was trying to recruit from a select group of individuals, often looking for westerners...those who have not come to the attention of law enforcement," said CBS News Senior National Security Analyst Juan "They also wanted to weed out spies; they were very worried about infiltration by intelligence services so that explains part of this. It also reflects the fact that al Qaeda, not unlike the Islamic state, is actually very hierarchical, bureaucratic. They have lines of communication, lines of authority."

One query on the application reads, "Any hobbies or pastimes?"

Then there are the more specific questions one would find only on an al Qaeda application: "What objectives would you would like to accomplish on your jihad path?" and "Do you wish to execute a suicide operation?"

And in case the answer to that question is "yes," there is an additional query: "Who should we contact in case you became a martyr?" And lines for address and phone information follow.