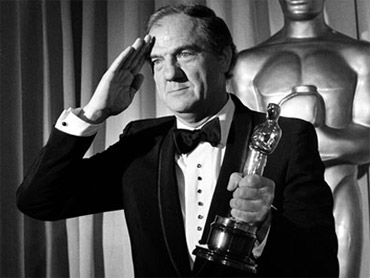 Despite Massachusetts' highest court allowing same-sex marriages by summer, legislators opposed to the concept were weighing options to try to circumvent the ruling — either through a law or a constitutional amendment.

"The court has overstepped its boundary and has not let the legislative process to unfold the way it has on other issues," said Rep. Eugene O'Flaherty.

The 4-3 advisory ruling Wednesday by the Supreme Judicial Court creates a legislative dilemma that could force many uneasy lawmakers to choose sides on a contentious social issue.

The court Wednesday doused one compromise option, ruling that gay couples were entitled to all the benefits of marriage and that Vermont-style civil unions don't go far enough. That ruling came in response to lawmakers' questions about an earlier decision requiring changes to laws on gay couples.

But some gay marriage opponents, including powerful House Speaker Thomas Finneran, said they haven't closed the door on other legislative responses.

"I intend to closely study today's advisory opinion," said Finneran. "I will refrain from any comment until I have thought through the options which remain for the people of Massachusetts and their elected representatives."

Opponents of gay marriage pin their hopes on part of the court's original ruling that said state law provided no "rational" basis for prohibiting same-sex couples from the benefits of marriage.

Some lawmakers, including O'Flaherty, hope to craft a bill providing a rational basis for the exclusion of gay couples from marriage while conveying some new benefits to same-sex couples.

The much-anticipated opinion came a week before next Wednesday's Constitutional Convention, where the Legislature will consider an amendment backed by Gov. Mitt Romney that would define marriage as a union between a man and a woman.

"The spotlight is now shining brightly on the Constitutional Convention. I can't believe any lawmaker would want to run from this," said Rep. Philip Travis, who sponsored the amendment.

The soonest a constitutional amendment could end up on the ballot would be 2006, meaning that the nation's first gay marriage could take place in Massachusetts as soon as May.

"We've heard from the court, but not from the people," Romney said in a statement. "The people of Massachusetts should not be excluded from a decision as fundamental to our society as the definition of marriage."

Senate President Robert Travaglini, who will preside over the Constitutional Convention, said he needed time to talk with fellow senators before deciding what to do next.

"I want to have everyone stay in an objective and calm state as we plan and define what's the appropriate way to proceed," said Travaglini. "There is a lot of anxiety out there obviously surrounding the issue but I don't want to have it cloud or distort the discussion."

The advisory opinion was issued about three months after the court's original ruling that same-sex couples were entitled to all the benefits of marriage. That ruling prompted the Senate to ask if civil unions would satisfy the court.

"The history of our nation has demonstrated that separate is seldom, if ever, equal," four justices wrote in Wednesday's opinion. "For no rational reason the marriage laws of the Commonwealth discriminate against a defined class; no amount of tinkering with language will eradicate that stain."

Lawmakers who cheered the ruling said they welcomed the chance to stand up and be counted. Sen. Jarrett Barrios, a supporter of gay marriage, said the opinion treats gay and straight couples equally.

"Whatever your view is of marriage, it's my belief that fair-minded people oppose writing discrimination into the constitution," said Barrios, who is gay.

A marriage amendment will require the support of at least 101 members of the 200-member Legislature during the current legislative session and the same number in the new, two-year session that begins in January before going on the ballot.

There's no guarantee the question will even come up next week. The question is eighth on a list of 11 proposed amendments. Ahead of it are other controversial proposals, including one lengthening the term of lawmakers from two to four years.

At least one aspect of the case may still be subject to debate: Would marriages in Massachusetts have to be recognized legally in other states or by the federal government?

The federal government and 38 other states have enacted laws barring the recognition of any gay marriages in other jurisdictions. The Massachusetts court decision will likely lead to multiple lawsuits about whether gay marriage benefits can extend beyond the state's borders.

"This could raise enormous problems in the way states have to deal with each other's marriage laws," says CBSNews.com Legal Analyst Andrew Cohen. "Ohio, for example, passed a law Tuesday that forbids the state from recognizing a same-sex union or marriage recognized in another state."

President Bush, reacting to the court ruling, said a constitutional amendment will be necessary to ban gay marriages if judges persist in approving them. The issue has the potential to become a hot factor in the presidential campaign.

"Today's ruling of the Massachusetts Supreme Judicial Court is deeply troubling. Marriage is a sacred institution between a man and a woman," a statement by the president read. "We must do what is legally necessary to defend the sanctity of marriage."

But conservative and traditional family groups said talk from the White House would not be enough, reports CBS News Correspondent Wyatt Andrews. They are pressing the president for a constitutional amendment barring gay marriage — now.