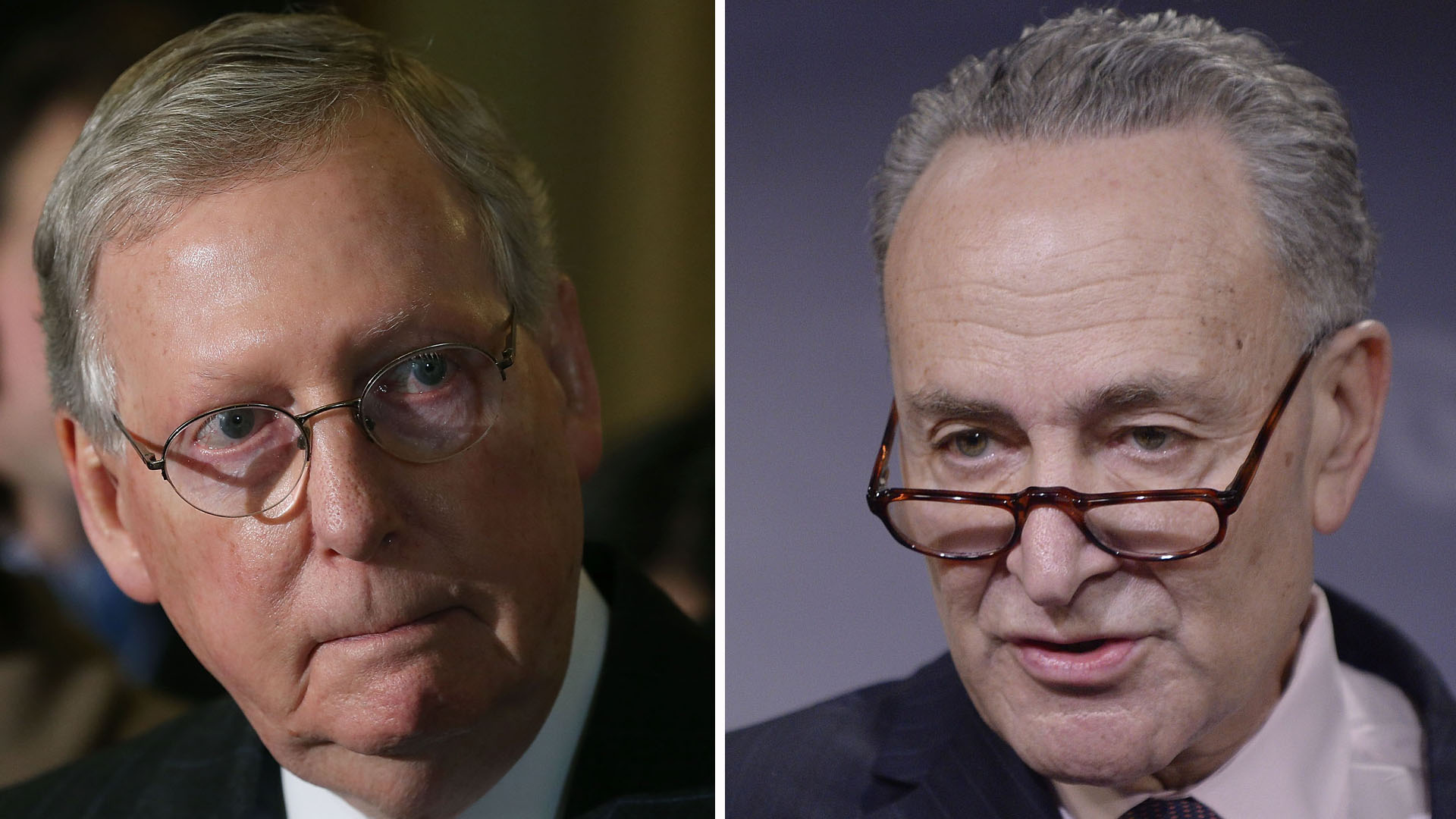 Over the years, leaders in the Republican and Democratic parties have taken a different tone on the president's judicial nominations. When both the Senate and the president are in the same party, the majority party is likely to condemn obstructionist tactics by the minority and talk about the importance of speedy consideration and an up-or-down vote for every nominee.

Take, for instance, what Senate Majority Leader Mitch McConnell said on the Senate floor on May 19, 2005 when he was then Republican whip. The Democrats had been blocking the nomination of Texas Supreme Court Justice Priscilla Owen to the Fifth Circuit Court of Appeals.

"The majority in the Senate is prepared to restore the Senate's traditions and precedents to ensure that regardless of party, any president's judicial nominees, after full and fair debate, receive a simple up-or-down vote on the Senate floor. It is time to move away from advise and obstruct and get back to advise and consent," he said.

Just a few minutes earlier McConnell had voiced support for two different proposals intended to break the Democratic stranglehold on Former President George W. Bush's nominees. The first was a 2004 proposal from then-Sen. Arlen Specter. All judicial nominees would receive a committee hearing within 30 days of being nominated by the president, a full committee vote within an additional 30 days, and a vote by the full Senate 30 days after that.

"These timetables would apply whether Democrats or Republicans were in charge of the Senate, whether the same party controlled the White House and the Senate, or whether the two parties split the control. I bet to the vast majority of people listening, that sounds like an extremely fair, bipartisan solution. I agree with them," McConnell said at the time.

He then voiced support for the "Frist fairness rule" named after then-Senate Majority Leader Bill Frist. As McConnell explained it:

"The Frist fairness rule guarantees up-or-down votes for every circuit court or Supreme Court nomination, regardless of which party controls the Senate or the White House...It guarantees every president that their judicial nominees will get through committee and get a vote on the Senate floor."

But in the wake of the death of Supreme Court Justice Antonin Scalia, McConnell is not promising a speedy vote for whoever President Obama nominates as the replacement -- or even a vote at all.

"The American people‎ should have a voice in the selection of their next Supreme Court Justice. Therefore, this vacancy should not be filled until we have a new President," McConnell said Saturday just hours after Scalia's death was reported.

Sen. Chuck Schumer, D-New York -- the number three Democrat in the Senate who will potentially take over for Minority Leader Harry Reid when he retires after the 2016 election -- hammered McConnell for that stance on ABC's "This Week" Sunday.

"I think, first, the American people don't like this obstruction," Schumer said. "When you go right off the bat and say, I don't care who he nominates, I am going to oppose him, that's not going to fly."

Conservatives have been quick to point out that Schumer sang a very different tune when he spoke at the July 2007 convention of the American Constitution Society, months after the Democrats had reclaimed the majority in the Senate.

But Schumer's argument was not one of timing and the closeness of the presidential election. He just didn't think much of either of President Bush's picks. Schumer's recommendation stemmed from his feeling that the Senate had insufficient information when it confirmed his two picks, John Roberts and Samuel Alito, to the court.

"It appears we were not given the most accurate picture of the nominees we confirmed," Schumer said. "We were presented a misleading portrait." He accused both justices of making decisions that "flouted precedent" and, essentially, legislating from the bench.

He argued that Senate had to "engage in conjecture" to understand the nominees' way of thinking and method of reasoning because their records were thin.

"As we have seen, a stealth nominee with a sparse record has scarce incentive to provide meaningful answers to the questions about judicial philosophy and constitutional interpretation," Schumer said. "They must prove by actions, not words, that they are in the mainstream, rather than we have to prove that they are not."

Still, ideology undeniably played a role in Schumer's argument. Amid all of those complaints, Schumer warned, "The Supreme Court is dangerously out of balance" and said the court had begun to reflect "what a diminishing clique of conservative ideologues look for."