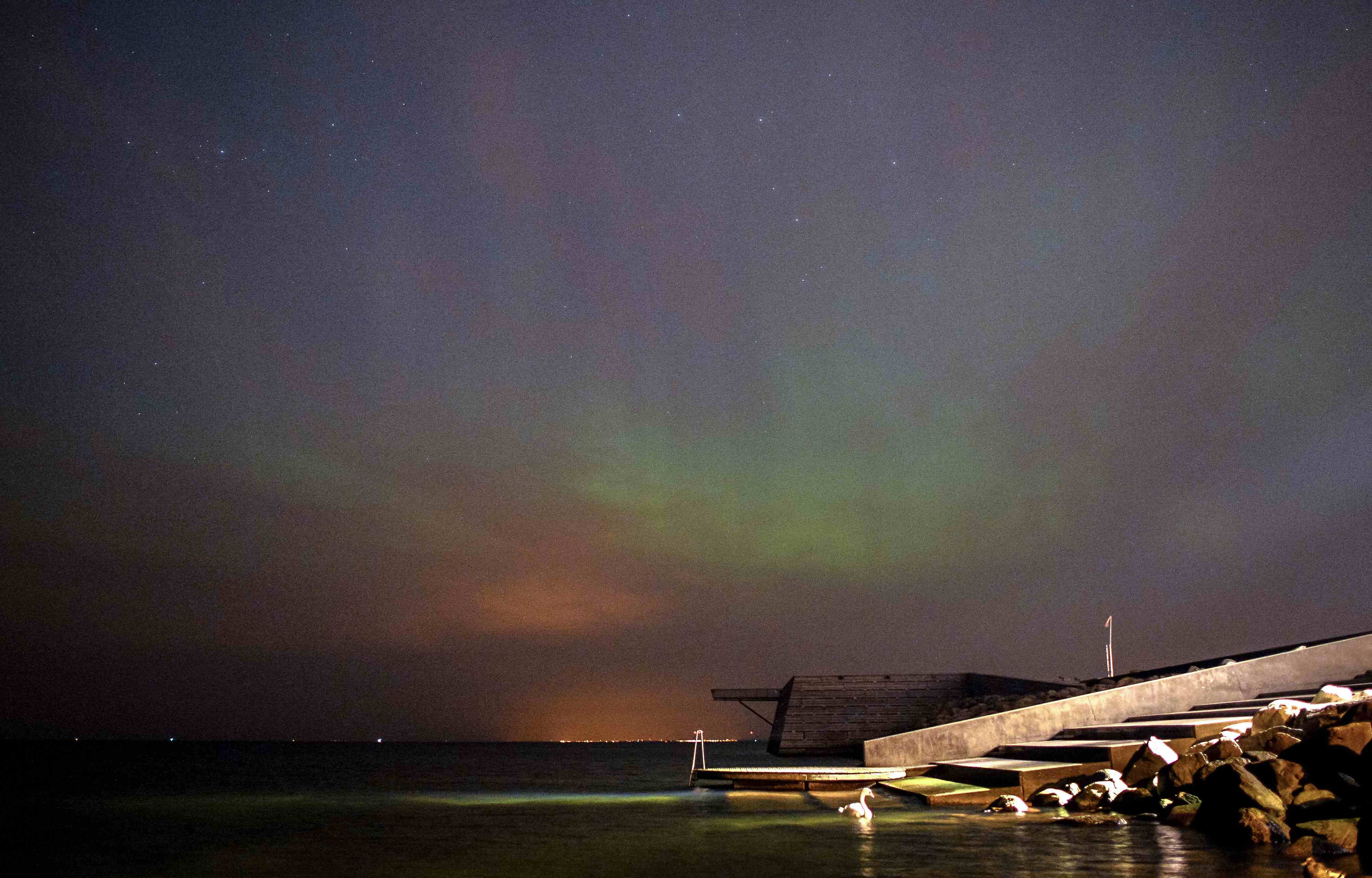 A solar storm that hit Earth Tuesday is now at its "tail end," experts say. And as far as they know, the only effects have been beautiful displays of the aurora borealis along the northern latitudes.

A solar storm is more than a light show, though. And they can be dangerous, albeit in a somewhat indirect way, affecting communications and power infrastructure.

A solar storm happens when major eruptions called solar flares or coronal mass ejections (CME) happen in the solar atmosphere. If these events take place on the part of the sun facing Earth, they can send electromagnetic radiation and charged particle radiation hurtling our way.

Annti Pulkkinen, a research astrophysicist at NASA's Goddard Space Center, told CBS News that space weather scientists refer to what happens in a solar storm as a 1-2-3 punch.

The first punch is that electromagnetic radiation coming from the solar flares comes toward us at the speed of light, reaching Earth in about eight minutes. It can change the composition of Earth's upper atmosphere in a way that interferes with high frequency radio communications and GPS signals.

In the second punch, fast moving charged particles arrive, which can also have this sort of impact on the upper atmosphere -- or worse, if they hit satellites in space.

The third punch comes courtesy of the CME, when the sun releases an enormous cloud of billions of tons of solar atmospheric material into the solar system. These fast moving clouds can reach Earth in about three days, which is what we experienced yesterday. When they interact with Earth's magnetic field, they can induce extra currents along high voltage power lines. That can trigger protective relays in the power grid and could, in the worst-case scenario, lead to widespread blackouts, as happened during a powerful solar storm in March 1989.

In 2012, a massive solar storm that narrowly missed Earth. The storm was the strongest ever recorded, and had the planet been in its path, it could have had a catastrophic effect, blowing out electrical systems, GPS, radio systems and other technology worldwide, and sending billions of people into a blackout that could have taken years to repair.

Two years later, one University of Colorado scientist remarked, "If it had hit, we would still be picking up the pieces."

"We saw a quite violent variation in Earth's geomagnetic environment yesterday," he said. While he has thus far not received any reports of operational problems in technical systems, there were sightings of "quite spectacular" northern lights in Minnesota and the higher states, as well as in Canada and Northern Europe.

"That's the entertaining aspect," he said.

He added that information about outages or other effects tend to trickle in over the days following a storm and that NASA scientists will be able to build a full picture of the impact within a couple weeks.

The storm hit about seven or eight hours earlier than expected, which is within typical range of uncertainty, according to Pulkkinen. Not that there's a whole lot to be done to prepare for one anyway.

"If you are a satellite operator, or operating airlines or transmission grids, there are mitigation actions you can take," he said. "On the citizen level, there's not too much you can do."

But that's OK: "A solar storm couldn't do anything to a person on the surface of the Earth."

What will fuel the next thousand years?
Amanda Schupak