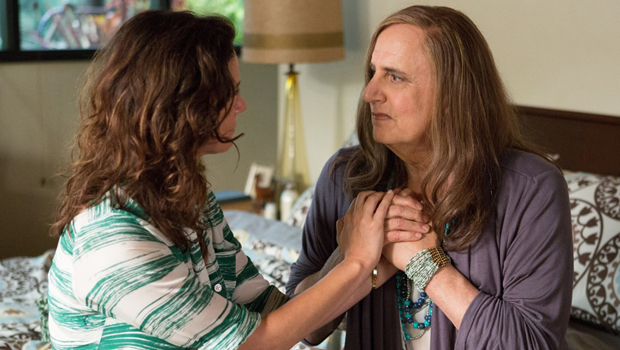 From "Better Call Saul" and "Orange Is the New Black" to the newly released "Master of None" on Netflix, there's no shortage of critically-acclaimed hit shows.

So, what does it take to make a successful series today? A lot, it turns out, especially in this digitally-focused, binge-watching and on-demand world.

Jeff Bezos, CEO of Amazon, is behind hit original streaming series "Transparent" and "Hand of God."

"There are two ways you can go about deciding to make a show. You can ask yourself how many millions of people are going to watch this show? I think that leads you into corners that aren't interesting," he told "CBS This Morning." "Or you can say is the creator of this show really passionate about this topic? Is the creator a great storyteller? Can they assemble an amazing cast? I think remarkable storytelling always finds an audience. "'

Alan Sepinwall, TV critic and author of "The Revolution Was Televised," thinks there needs to be a "specificity" to a series -- whether it's a drama, comedy or reality show -- for it to have staying power.

"It just can't be some variation on something that's been done 50 times before. It has to have a specific point of view. It has to have characters who pop," he told CBS News.

"[That's what it takes] to get people to stick it out for the long haul -- to binge watch something, to take 30, 40 hours out of their lives to watch something," he said, citing HBO's "Boardwalk Empire" as a series that had excellent writing.

"Transparent" is one of the many streaming shows with good writing that have resonated with viewers. The award-winning series, starring Jeffrey Tambor as a transgender parent, is about to enter season 2. Getting the show off the ground was smooth, said creator Jill Soloway.

"It went amazingly quickly and I think it's a tribute to the way they do business at Amazon. In the TV business, I've been sort of hustling for 10, 15 years and things really take forever. From the moment I pitched the show to them to this moment was probably only a couple of years," she told "CBS This Morning."

But that doesn't mean it's necessarily easy to shoot a full series for streaming or a network. "CSI" franchise creator Anthony Zuiker outlined to CBS News what the process is really like behind the scenes of a successful show.

"You're in a writer's room and you have four white boards and you begin with the character, the concept, an article or an inspiration -- and you'll sit in the room for 10 hours a day, literally for two weeks and beat by beat by beat put the episodes in a marker on the board," he said. "Then you go to outline, 15 pages, then you go to script -- 51 pages -- and then you get notes and then you shoot eight and half days. It takes three days to post and then you air. It's a very long and tedious process and everyone of them. It's hard!"

And networks, along with streaming services and cable are changing their approach.

"People who come from the filmmaking world who become showrunners on the small screen are bringing a big screen sensibility -- a cinematic vision to the small screen," said Rentrak. "It's not projected on a 50-foot screen, but they are tailoring this content to the small screen -- for this episodic nature of it. For the story arcs that you keep interested week after week."

David Simon has done just that. His critically-acclaimed shows "The Wire" and "Show Me a Hero" have also managed to spark conversations about race relations and inequality, serving as another marker of TV success.

The Golden Age: Is there just too much TV?
More
Lauren Moraski