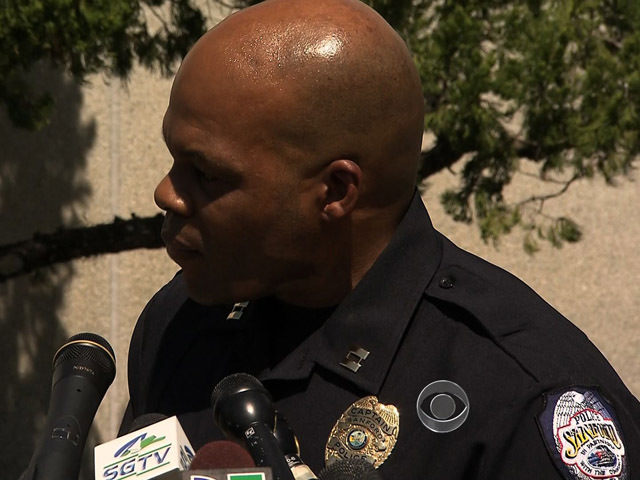 The controversy over shooting death of an unarmed teenager by a neighborhood watch volunteer moved to Washington Tuesday. Democrats in the House held a forum on racial profiling in the wake of the death of Trayvon Martin in Florida. Martin's parents were there.

"Trayvon was our son, but Trayvon is your son," said Martin's mother, Sybrina Fulton, at the hearing. "A lot of people can relate to our situation and it breaks their heart just like it breaks mine."

Martin was shot by George Zimmerman, who has been under investigation but not charged in the case. This is one of those stories that develop every day and it's easy to lose track of what is known. CBS News correspondent Mark Strassmann pulled together all the evidence on both sides of the case.

Acting police chief Darren Scott runs an embattled department at the center of the controversy: why George Zimmerman has yet to be charged in the death of Trayvon Martin and what role race may have played.

At a news conference, Strasssman asked the chief: "How do you convince people that the police department did not soft pedal the investigation because of race?"

"I would like to answer your questions here," said Scott, "but ... I will not comment at this time."

Here's what CBS News has pieced together from sources connected to the investigation.

On February 26th, the night Martin was killed, police questioned Zimmerman for five hours at police headquarters. The police report noted Zimmerman was "bleeding from the nose and the back of the head."

Police did not administer a drug and alcohol test or an immediate background check on Zimmerman, although they did both on Martin.

The next day, detectives re-enacted the shooting with Zimmerman at the scene. They also discovered Zimmerman had two prior arrests: one for assaulting a cop, the other for domestic abuse.

For the next two weeks, lead investigator Chris Serino pursued a manslaughter charge against Zimmerman.

Police interviewed at least six witnesses. But none of them saw how the confrontation began or the shooting that ended it.

"Had the roles been reversed, Trayvon would have been treated differently because he was black?" Strassman asked lawyer Ben Crump, who represents the teenager's parents

"Absolutely," said Crump. "No question to me or anybody else in America. Had Trayvon had been the person who pulled the trigger, he would have been arrested that day on the spot and would still be sitting in jail."

Chief Scott has been instructed by a special prosecutor not to talk about the case publicly. Scott was asked how he planned to rebuild trust between police and Sanford's minority community. He said it won't be easy.