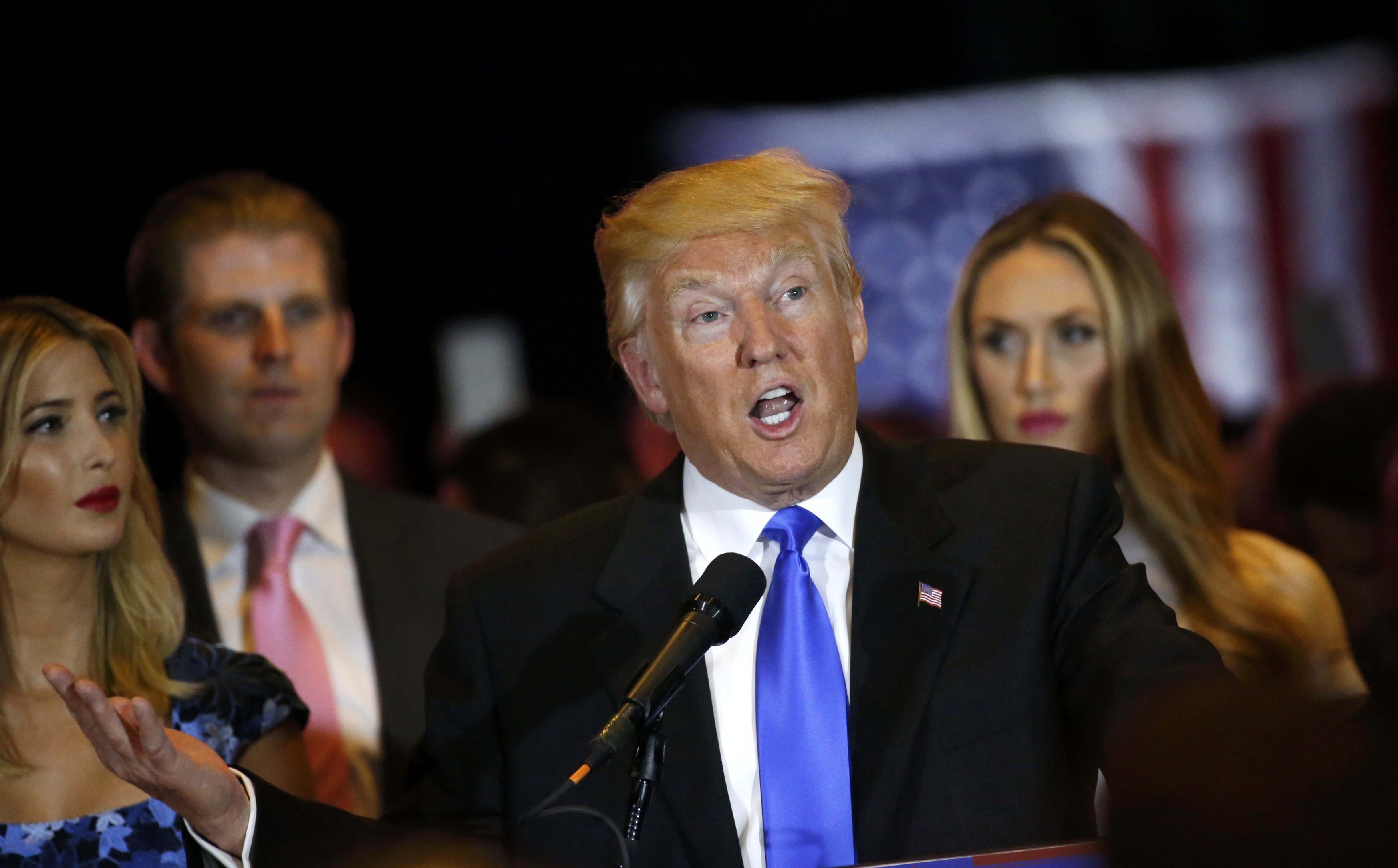 And like what Trump wants us to believe about most things connected to him, the presumptive Republican nominee's forms are -- objectively -- huge.

The behemoth of a document, provided by the FEC to CBS News, clocks in at 104 pages. (Compare that to Democratic front-runner Hillary Clinton and her 11-page filing.) Trump's disclosure form lists over 550 organizations where Trump is a member, president, chairman, or director.

Its accounting contains his wife Melania Trump's sources of income, primarily from her skincare and accessory lines. But perhaps more importantly, it contains an extensive list of Trump's own employment assets and income, which includes money earned from book royalties, pensions, rentals, land sales, and stocks.

After combing through Trump's filings, here are some of Trump's most notable and surprising sources of income:

The pension from the Hollywood union amounts to $168,584 -- a jump from last year's pension payout of just over $110,000. Trump's hosting gigs on network television shows "The Apprentice" and "The Celebrity Apprentice" have probably earned the the candidate the SAG AFTRA money, along with some other sitcom cameos.

Trump's aircraft earned him $3.7 million -- maybe from his own campaign

Trump's company Tag Air, Inc. is an "entity set up to lease 757 from DJT Operations," according to Trump's PFD. Trump's reported income from Tag Air? $3.7 million.

But who exactly is leasing the 757? While the recently released disclosure forms don't list who is paying out the cash for the plane, the Trump presidential campaign's expenditure filings with the FEC provides a hint.

From June of 2015 to March of 2016, Trump's presidential campaign paid out a sum of $3.7 million to Trump's own Tag Air for air fare and travel, according to the campaign's two-year summary of operating expenditures.

It turns out that the Cafe Grill, along with the other ventures under Trump Restaurants, earns Trump more than just cringing backlash on Twitter. Trump Restaurants, according to his PFD, earned Trump an income of $3.9 million in "food & beverage related sales."

Trump earned about $50 million from his Miss Universe sale

What are Donald Trump's most notable sources of income?The income listed under the beauty pageant's "related revenue and sale" amounts to $49,286,369, according to Trump's PFD. He sold the Miss Universe Organization back in September to Hollywood talent agency WME/IMG.

Trump has written, with the help of some prolific ghostwriters, over a dozen books -- but only four still make money for the nominee.

Melania Trump makes less than $50,000 a year in product royalties

Trump's wife, Melania, is a businesswoman in her own right -- but her success is of the more humble and limited variety.

Melania Marks Accessories, according to Trump's PFD, earned her somewhere between $15,0001-$50,000. She has earned little no royalty income from her skincare line, licensed out to the New Sunshine company.

Trump earned some quick cash off of sold stocks

The GOP nominee seems to have sold a several stocks and mutual funds since last year, earning him some cash with which he could potentially run an expensive, "self-funded" presidential campaign.