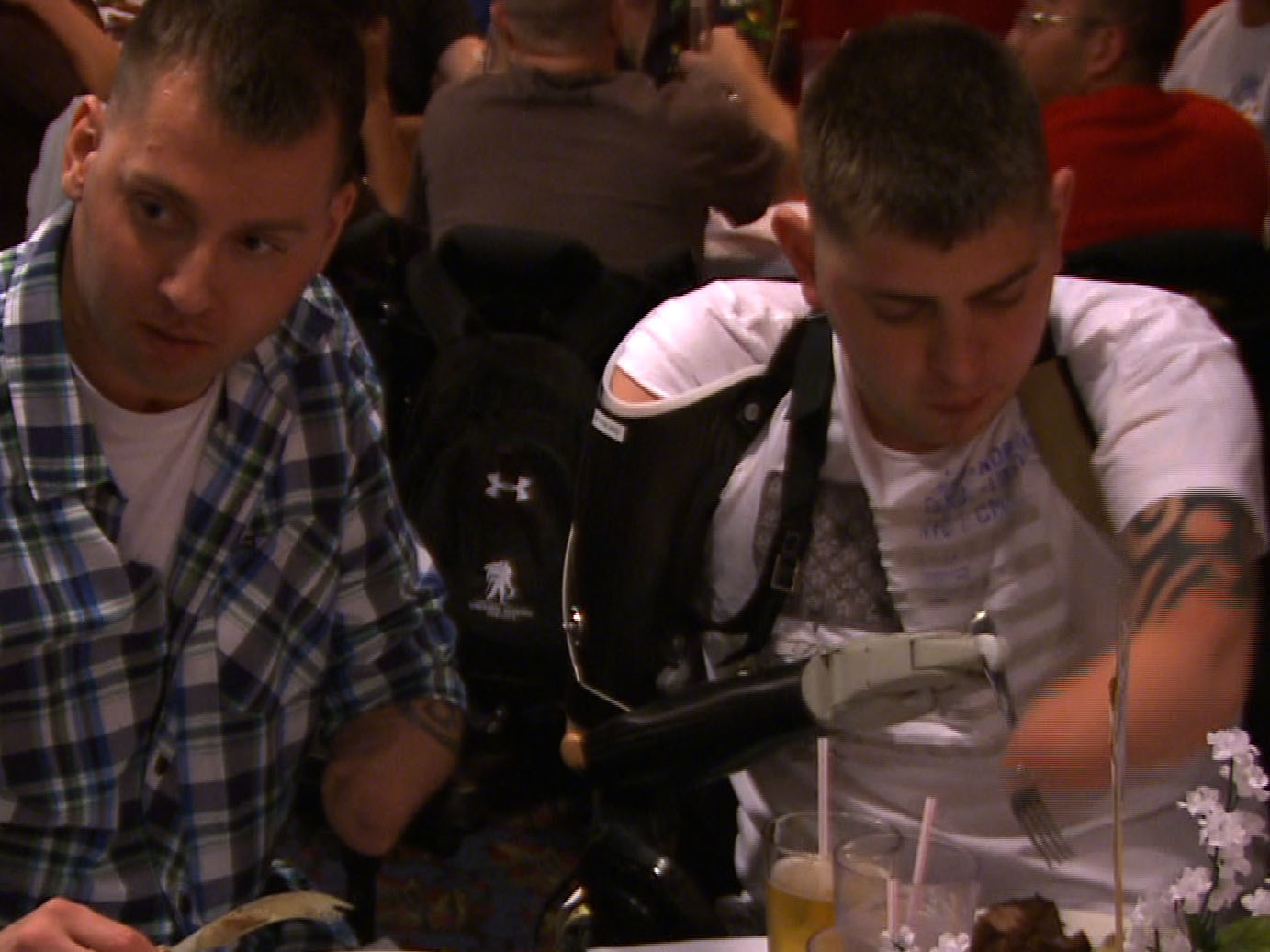 The Aleethia Foundation has been sponsoring Friday night dinners for injured troops for nine years in Washington. The dinners for wounded warriors are about spending some social time with people you see everyday at the hospital, but never really get a chance to talk to -- and food.

Imagine what a nice steak dinner looks like after a week of hospital food. Now imagine digging into that steak dinner with prosthetic arms because the good one you were born with were blown off by a roadside bomb in Afghanistan.

CBS News National Security Correspondent David Martin had a frank conversation with Army Sergeant Adam Keys and Marine Specialist John Peck about what it takes to get food from the plate to your mouth. Keys lost three limbs in Afghanistan and Peck lost both legs and both arms.

Watch a piece of what they told Martin above and see more tonight on the CBS Evening News with Scott Pelley.