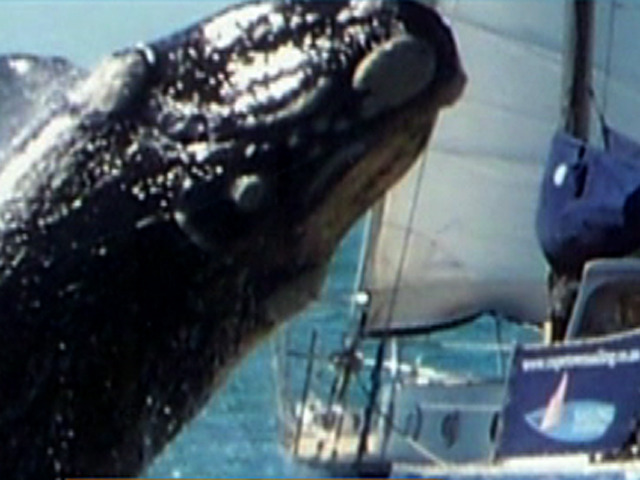 (CBS) It's footage that you just can't believe even with both eyes wide open.

Off the coast of South Africa, a 40-ton whale flipped into the air and smashed the mast of a 33-foot boat.

"It's such a loud sound, when you hear those whales flapping their tails," the boat's owner Ralph Mothes said. "We were attracted by the sound."

Sailors on a neighboring boat managed to snap some stunning images of the huge sea mammal shooting out of the water, practically on top of the yacht. The next pictures show the destroyed mast of Mothes' yacht, which the whale snapped like a matchstick as it fell through the air.

Amazingly, nobody was hurt and the wrecked boat managed to keep floating. CBS News' "The Early Show" has the full story and amazing interview with Mothes and his wife.