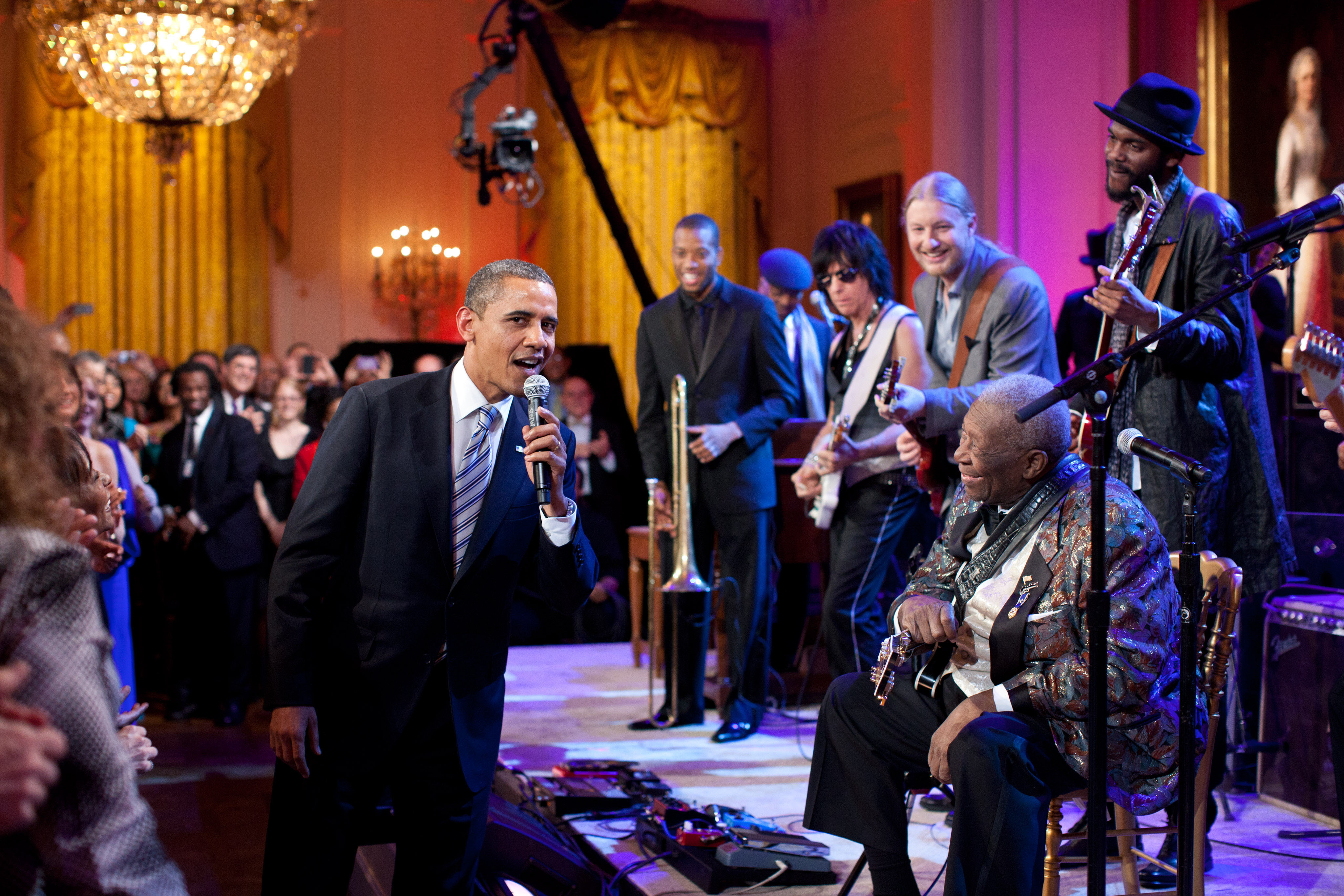 With the White House gearing up to host its 51st-ever "In Performance" concert event, right-leaning news organizations this week are after the first family for "rolling out the red carpet" for Hollywood A-listers while simultaneously buttressing its chains to the doors of the White House visitors' entrance.

On Tuesday, the administration announced that the next installment of the concert series on April 9 will be themed "Memphis Soul," and will feature performers like Al Green, Justin Timberlake and Queen Latifah. Within 24 hours, conservative websites were blasting out stories bemoaning the administration's decision to go ahead with the concert "despite" the continued suspension of public White House tours as a casualty of last month's sequester cuts.

Sean Hannity's Fox News show Wednesday called up an image of President Obama sneering smugly beside a house-made graphic reading, "Party Time!" Hannity weighed in: "What happened to the 'fair share' stuff, and 'skin-in-the-game stuff,' and 'it's our patriotic duty' stuff, and 'we have to spread the wealth around' stuff? How about we spread the wealth around so kids can go to the White House and get a tour?

"All of this costs money," he continued. "Now you can say, 'OK, they're performing for free.' But those dinners that they're hosting - it's security; just that alone is going to cost enough. And why are they so tone-deaf? I mean, is it that they have a 'Let-the-American-people-eat-cake' [attitude], do they just feel entitled to this?"

In the same segment, conservative commentator Michelle Malkin deemed the event a "slam in the face of taxpayers," and the president, "party animal in chief."

"I hope America is paying close attention to the party animals in chief, and the vice party animal in chief, and their spouses," Malkin said. "On the one hand, one side of their mouth is singing, 'It's the end of the world as we know it' to the rest of the world about sequestration; meanwhile at 1600 Pennsylvania Avenue, it's, 'party rocking in the White House tonight - woo hoo! We got Justin Timberlake and Alabama Shakes coming!'"

The bulk of the costs for this month's production, though - and all others since the program's inception in 1978 - isn't shouldered by the administration, or by taxpayers, the White House told CBS News.

Kate Kelly, a spokeswoman for WETA - the Washington-area PBS station that created the series under President Jimmy Carter's administration and has produced the concerts ever since - confirmed that its budget covers the costs of the concert event and the television production, including the broadcast, transmission, travel, staging, recording and presentation. The White House, she said, "invoices for event-related costs."

Some taxpayer money will be in play through the Corporation for Public Broadcasting and PBS contributions via the Program Challenge Fund, but corporations, foundations and other organizations sponsor grants that help cover the costs. Pepsi-Cola, The Annenberg Foundation and the Anne Ray Charitable Trust will sponsor "Memphis Soul."

This month's concert will be streamed live on the White House website, and broadcast April 16 by WETA, and at a later date by the American Forces Network to service men and women and Department of Defense locations internationally. It will be the 10th under President Obama; having hosted 17 productions during his administration, the presidential record for most "In Performance" concerts goes to Ronald Reagan.